'March 4 Trump' rallies held around US by president's supporters 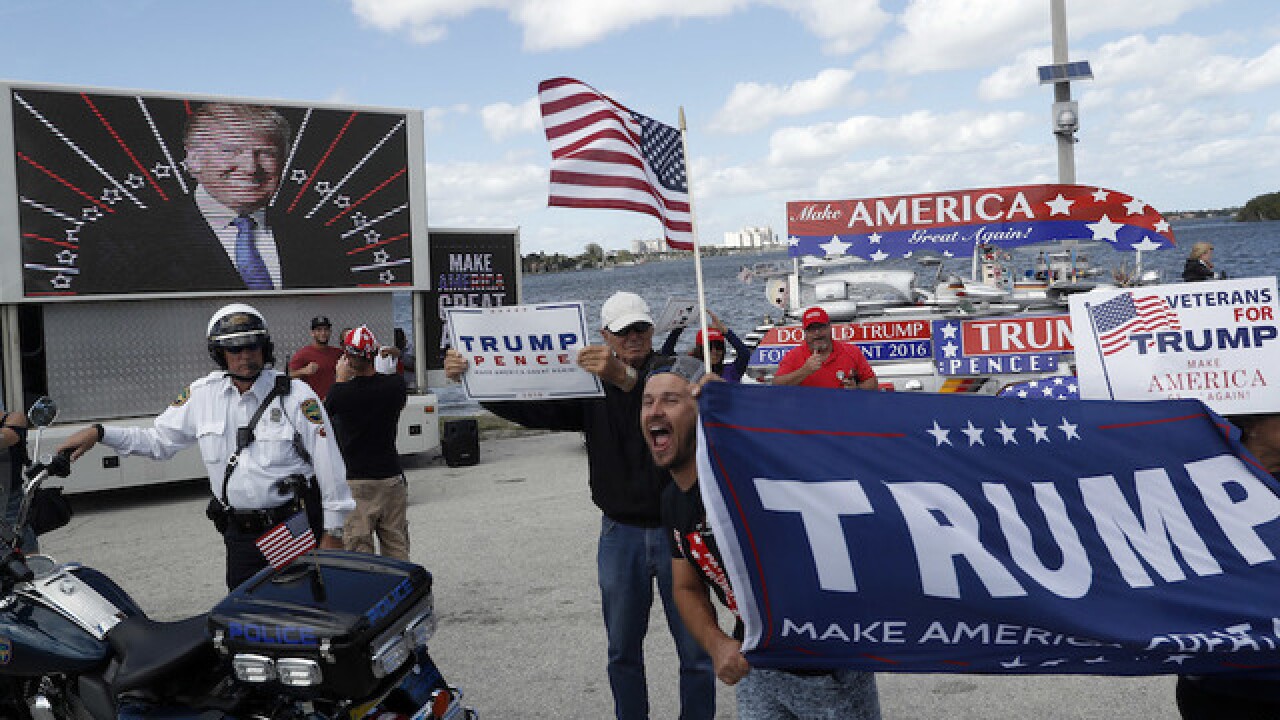 NEW YORK (AP) — Supporters of President Donald Trump are convening at Trump Tower, the Washington Monument and other spots around the country to show their pride in his presidency.

Groups of hundreds of people turned out in places from Colorado's state Capitol to near Trump's Mar-a-Lago estate in Florida for Saturday's "March 4 Trump" demonstrations. Sometimes, they clashed verbally with generally smaller groups of counter protesters.

At Trump Tower, a couple hundred supporters gathered and chanted "U-S-A" and held signs with messages such as: "Yes he is our president."

Some minor scuffles between dueling demonstrators at the Minnesota State Capitol were quickly defused by other protesters and police. Near Mar-a-Lago, the Palm Beach Post reported that people on both sides exchanged profanity.

Trump's motorcade briefly stopped so he could wave at supporters.