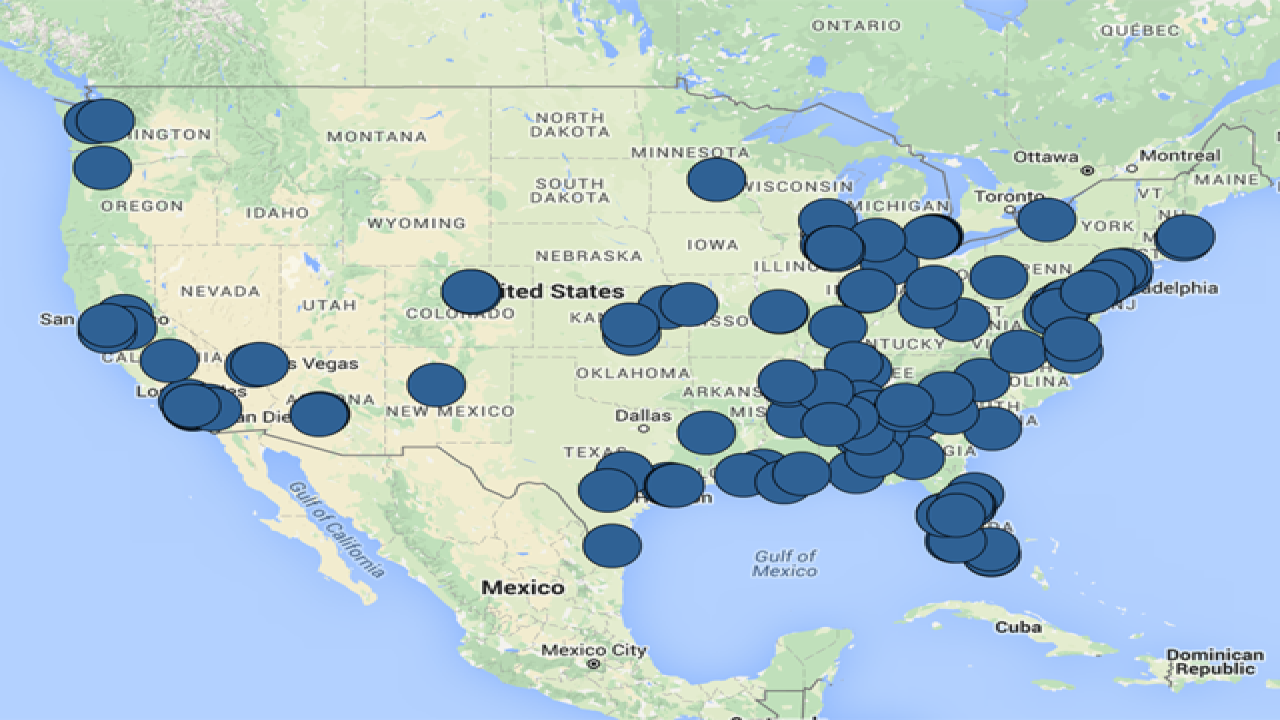 The shooting at the Orlando Pulse Nightclub marks the 133rd mass shooting for the U.S. in 2016, according to the Gun Violence Archive.

Using data collected from police and media reports, the not for profit organization, Gun Violence Archive, compiled statistics on shootings in the nation.

ABC15 used the data to create the interactive map below of each of the mass shootings so far this year.

Click on each point in the map below to see the more details about each mass shooting.