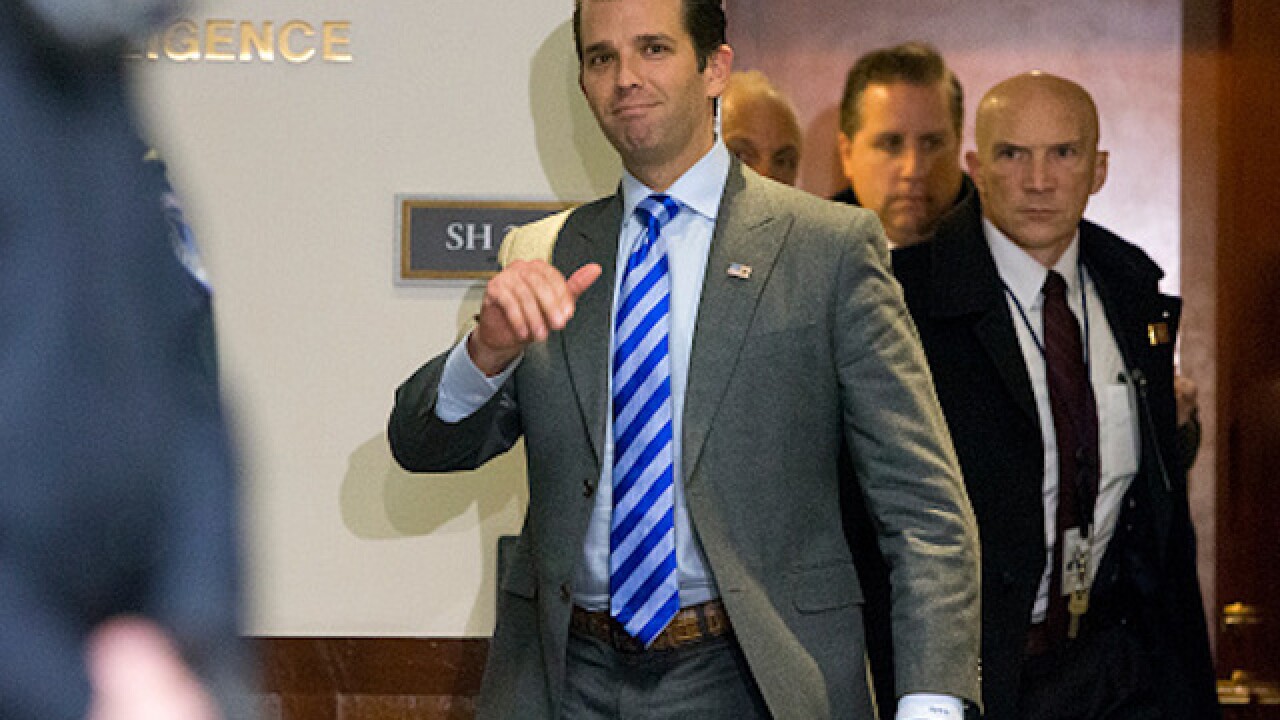 Image copyright 2018 Getty Images. All rights reserved. This material may not be published, broadcast, rewritten, or redistributed.
Tasos Katopodis
<p>WASHINGTON, DC - DECEMBER 13: Donald Trump Jr. leaves the Senate Intelligence Committee on December 13, 2017 in Washington, DC. Donald Trump Jr. is scheduled to be interviewed by the committee for its ongoing investigation of allegations of Russia's interference in the 2016 U.S. presidential election. (Photo by Tasos Katopodis/Getty Images)</p>

Daniel Frisiello pleaded guilty in federal court on Wednesday, seven months after he was arrested at his parents' Beverly home.

Among the letters he sent was one addressed to Donald Trump Jr. that was opened in February by his now-estranged wife, Vanessa. She called 911 and was briefly hospitalized after she started coughing and felt nauseous. The substance was nonhazardous.

Frisiello's lawyer declined to comment after the hearing, but told the judge that Frisiello is autistic and has an anxiety disorder.