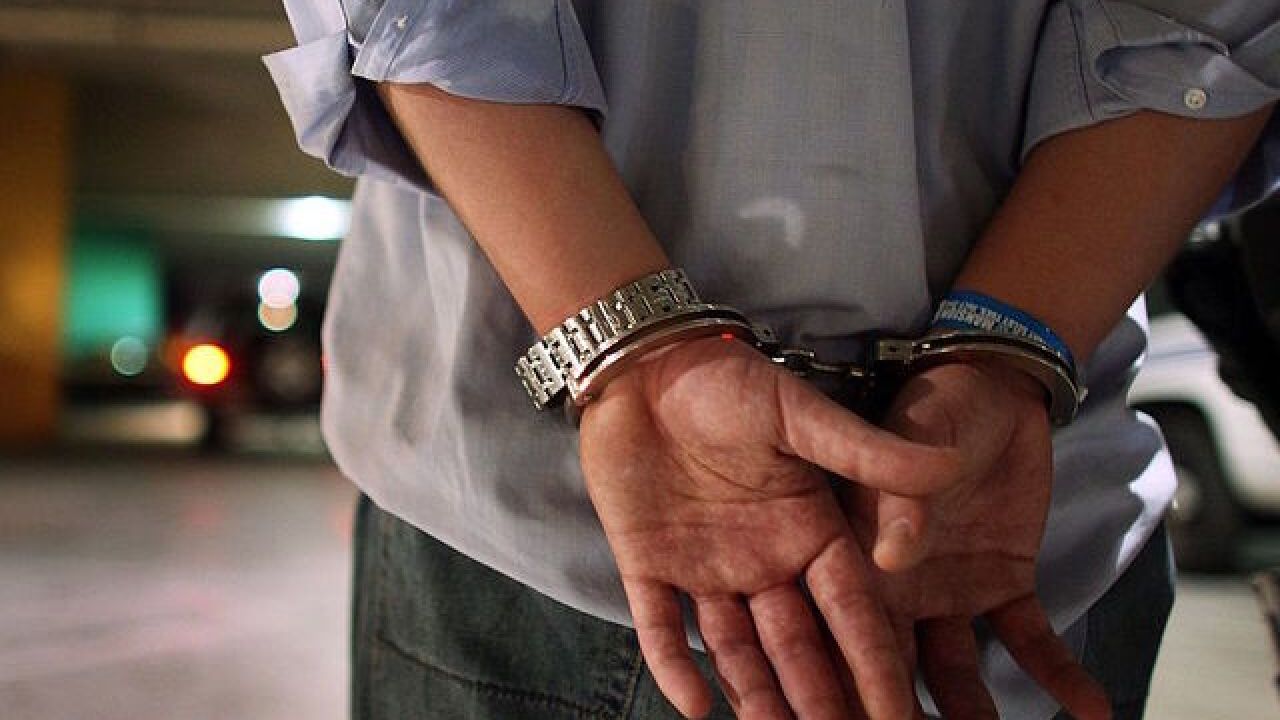 Copyright 2017 Scripps Media, Inc. All rights reserved. This material may not be published, broadcast, rewritten, or redistributed.
Joe Raedle
<p>MIAMI - JULY 04: A driver who failed a field sobriety test at a DUI traffic checkpoint stands in handcuffs waiting to be processed June 4, 2007 in Miami, Florida. Several law enforcement agencies were conducting the checkpoint and conducting saturation patrols to help save lives during the 4th of July holiday. The National Safety Council has rated the July 4th holdiay as one of most lethal holidays for drivers, with alcohol factoring into nearly half of all motor vehicle deaths. (Photo by Joe Raedle/Getty Images)</p>

A West Virginia man has been charged with sexual assault after he allegedly admitted to the crime during a job interview with the police department.

In February, 21-year-old Tyler Ray Price of Nitro, West Virginia was interviewing for a probationary officer job with the South Charleston Police Department. During the interview, Price told an officer that about a sexual encounter he recently had with a drunk woman.

Price also showed the officer a recording of the two having sex.

Price was charged with second-degree sexual assault and assigned $25,000 bond.