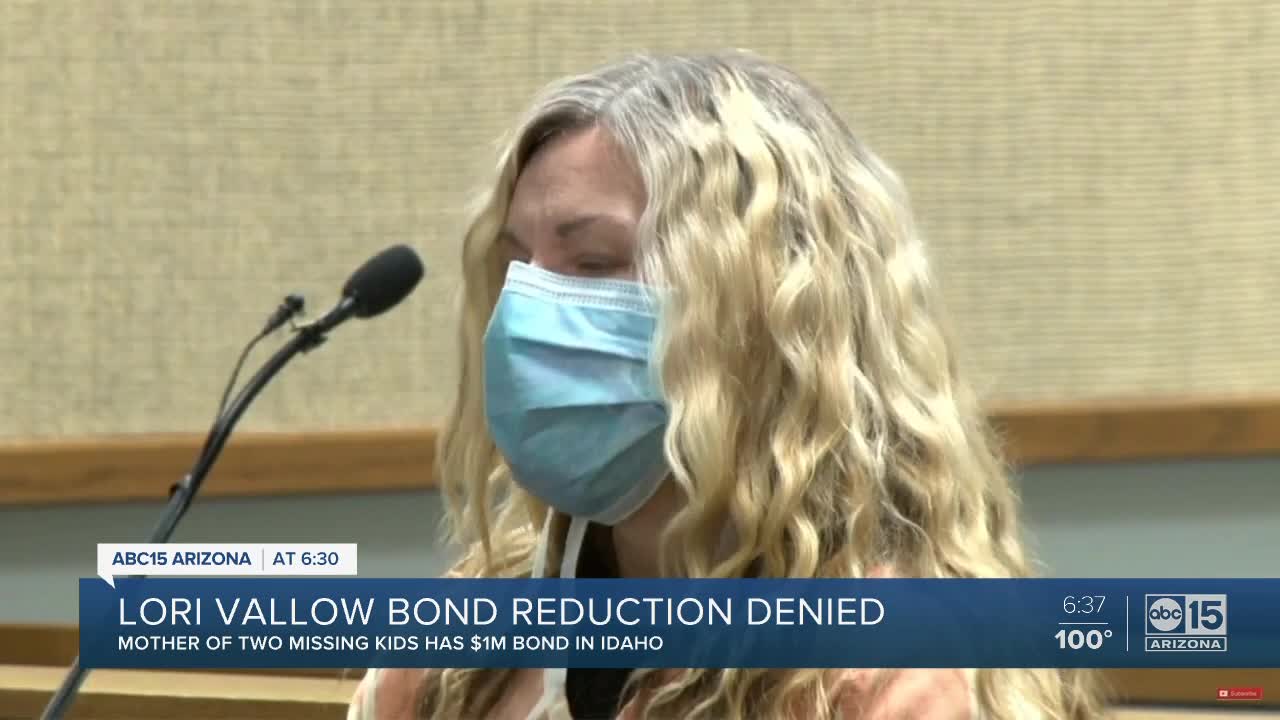 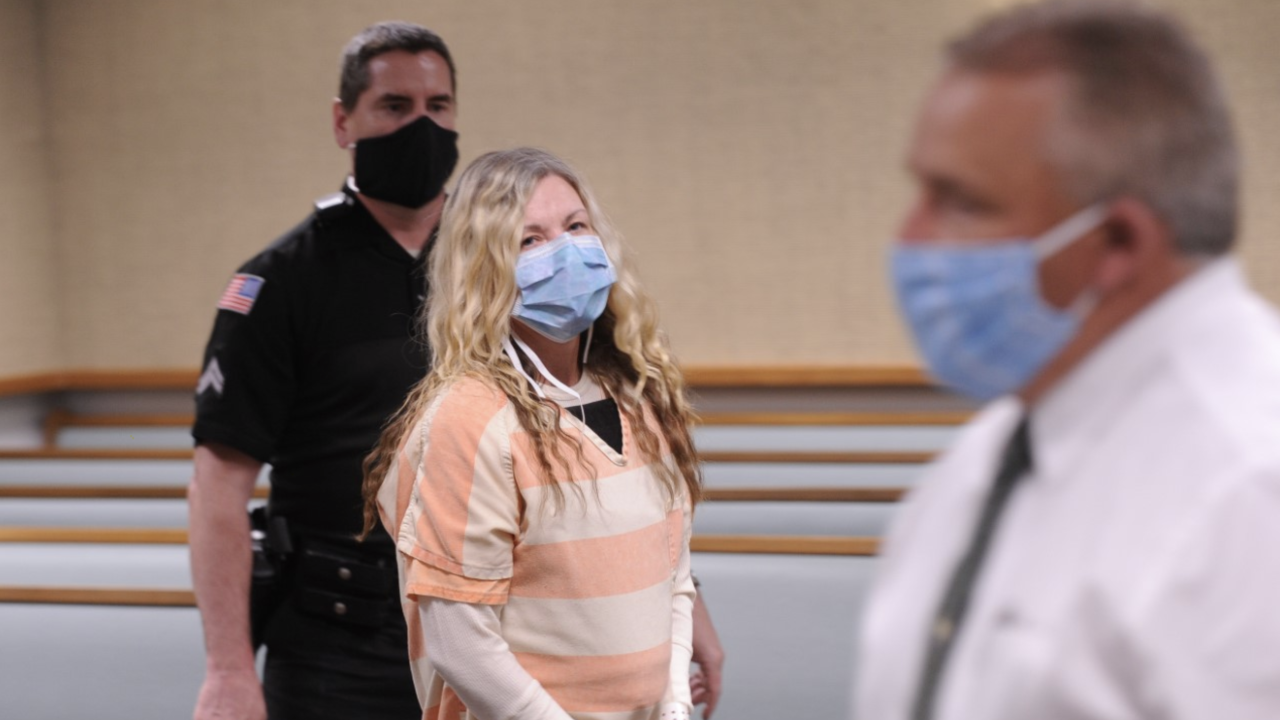 The mother of two missing children with ties to the Valley will remain in jail with a $1 million dollar bond after a Madison County judge denied a motion to reduce bond Friday.

Lori Vallow Daybell is facing several charges in connection to her children's disappearance, including desertion, obstruction and contempt of court.

Daybell wore a mask, striped jumpsuit, socks and slippers. The courtroom was almost empty, a stark difference from when she had her initial appearance in early March. Daybell wore bright lipstick in a packed courtroom.

Friday, her attorney Mark Means argued that bail should be reduced because he could not properly communicate with his client inside the detention center due to COVID-19 restrictions put in place. He also alleged that phone conversations between him and Daybell were recorded without their consent, which would be a violation of her constitutional rights and attorney-client privilege.

"I cannot in good faith communicate with my client through a telephonic system in preparation for what is probably one of the largest cases to ever come through Madison County," said Means. "I feel based on what has happened pre and post COVID-19 that I cannot have, while she is at the Madison County Detention Center, confidential communication. I cannot take her case and prepare her defense with a case of this magnitude with the limitations and the idea that potentially it's being recorded and/or in some way or another, making its way to various individuals."

The prosecution admitted to having two calls recorded on March 31, but Madison County Prosecutor Rob Wood said they were warned that the call would be recorded and that those calls were later deleted.

Magistrate Judge Michelle Mallard ruled over the 1.5-hour hearing. She said there was no evidence that calls were inappropriately recorded.

"I do recognize the difficulty that jails are operating under. I am very aware of how that may impact the constitutional rights of defendants, and that's something I can tell you all judges in the state are aware of. But in this case, I don't really see an impact on Ms. Daybell's constitutional rights with the jail process," said Judge Mallard.

There are several death investigations surrounding Lori and her new husband Chad Daybell.

The Idaho Attorney General's Office is investigating the couple for conspiracy, attempted murder and/or murder related to the death of Chad's former wife Tammy Daybell. She died suddenly in October in their Salem home outside Rexburg. Lori and Chad have not been charged in her death. Detectives are awaiting autopsy results.

Her husband Charles Vallow was shot and killed by her brother Alex Cox in their Chandler home in July. Cox claimed it was self-defense. Investigators have told ABC15 they'd like to speak to Daybell again about the shooting.

A few months later, Cox was found dead in Gilbert. Police are still waiting for his autopsy results.

Daybell has a preliminary hearing set for July 9 and 10.