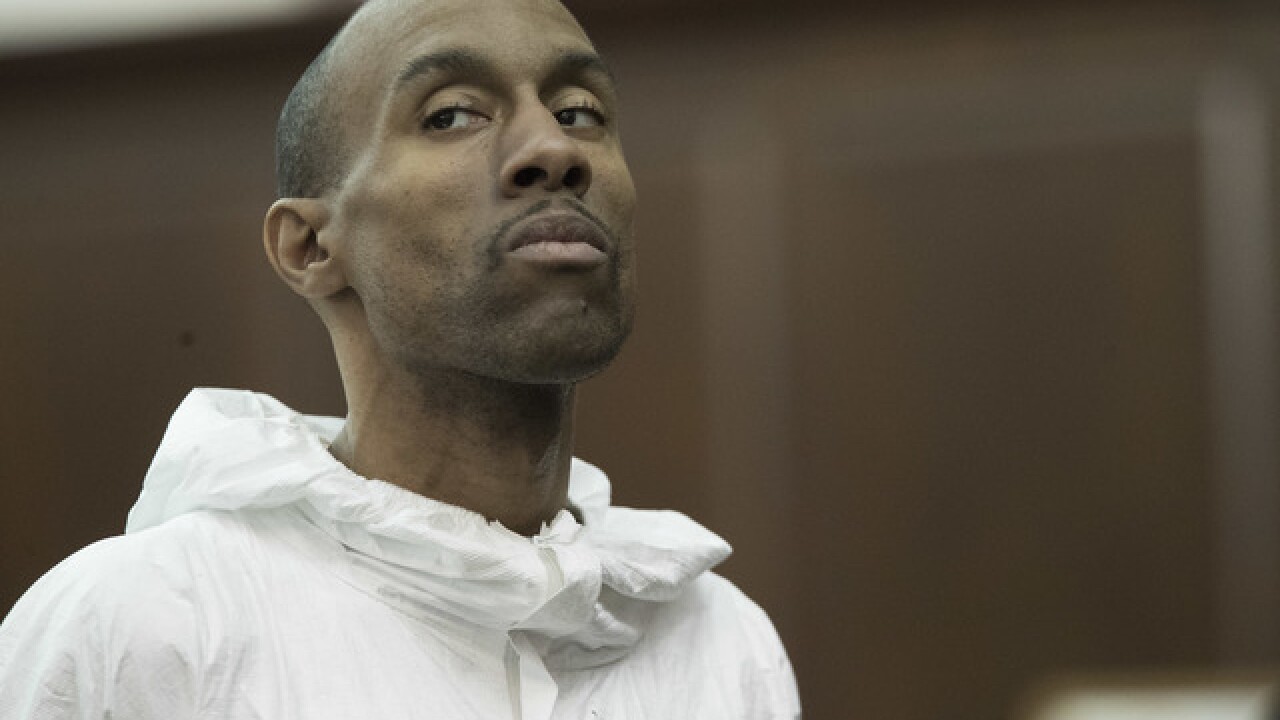 Copyright 2018 The Associated Press. All rights reserved.
Mary Altaffer
<p>James Currie appears in Manhattan criminal court during his arraignment, Friday, Aug. 10, 2018, in New York. Currie is accused of throwing the lifeless body of his son, Mason Saldana, into the East River near the Brooklyn Bridge last Sunday. A tourist spotted the child's diaper-clad body and waded into the water to retrieve it. (AP Photo/Mary Altaffer)</p>

The crime was extreme, even by New York City’s already extreme standards: a 7-month-old found by a tourist floating lifelessly in the murky water of the East River.

Though it didn’t take long to identify a prime suspect, the baby’s father, police feared they might not get him because he had fled to Asia.

But, in what seemed like almost no time, James Currie, 37, was sitting in an interrogation room in the Bangkok airport being questioned by NYPD Sgt. Edward Lee.

"There was a little bit of a stunned reaction," Lee told ABC News. "When I opened the door to the interview room, when I identified myself he asked how I got there so quickly, to which I responded 'that’s just what we do.'"

Sgt. Lee is among the intelligence operatives the NYPD has posted in 14 overseas cities as part of the International Liaison Program. It started after Sept. 11, to enhance the department’s counter-terrorism capabilities, but is sometimes pressed into service for criminal activity.

"We try to react very, very quickly," NYPD Chief of Intelligence Thomas Galati told ABC News. "We’re dealing directly with police on the ground with our person so we can get things done immediately."

The day after 7-month-old Mason Saldana was discovered, police learned Currie boarded a flight from JFK to Abu Dhabi. They alerted an NYPD detective stationed in the United Arab Emirates.

"I thought there was definitely a shot that we were going to get this guy," said Lt. John Miedreich, who commands the International Liaison Program.

They were too late. Currie had flown on to Thailand.

"We contacted Sgt. Lee in Singapore and said 'get on the first plane to Thailand,'" Galati said.

While Currie was in the air, Lee alerted the Royal Thai Police. At the same time another NYPD liaison, in France, obtained permission from Interpol to hold Currie upon landing in Bangkok.

"If he were allowed to be admitted into the country without a way to have him detained it would have been a titanic problem for us," Lee said. "Getting him detained was absolutely critical."

Chief Galati credited the International Liaison Program for establishing relationships critical to solving this, and other, cases.

"If we didn’t have the cooperation of the Royal Thai Police they could just turn him around and we don’t know where he would be," Galati said.

Instead, five days after his son’s body was pulled from the river, the NYPD and Homeland Security Investigations escorted Currie back to New York to face a charge of improper disposal of a human corpse.

Currie is due back in court on Wednesday and has pleaded not guilty to the charge against him.