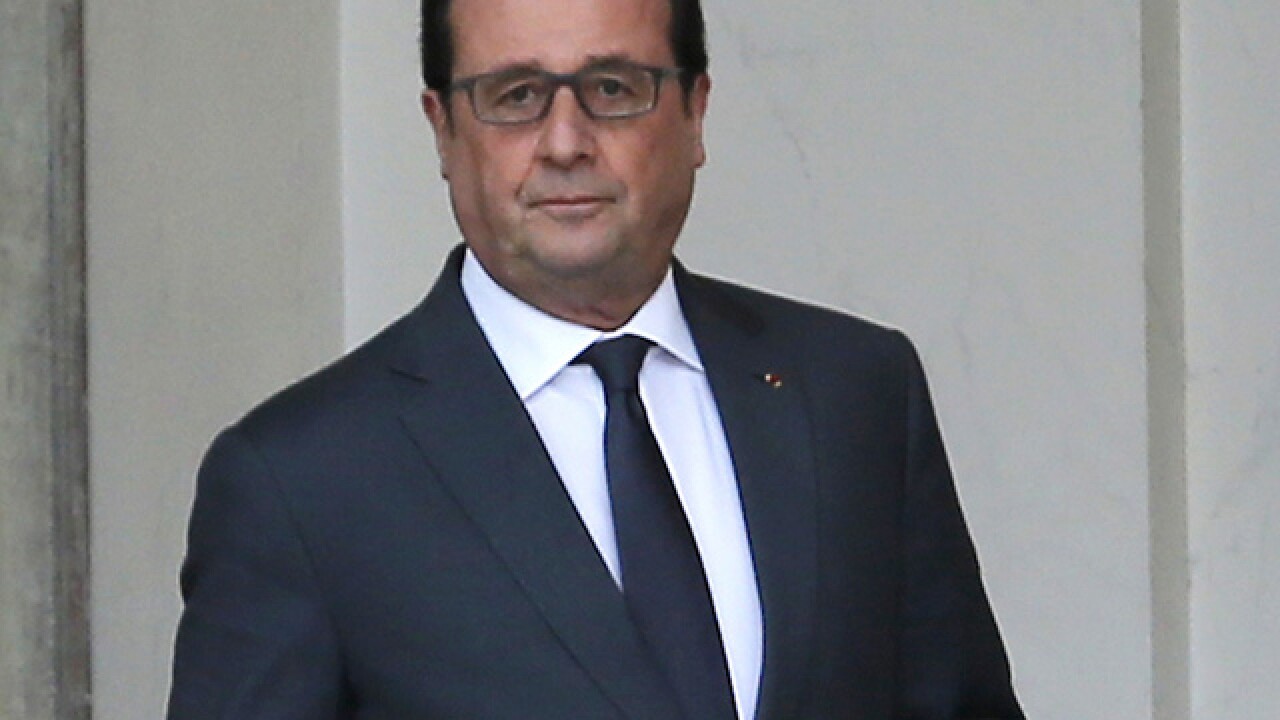 Jacques Brinon
<p>French President Francois Hollande leaves the Elysee Palace after the weekly cabinet, in Paris.,Wednesday, Nov.18, 2015. Hollande earlier held an emergency meeting at the Elysee Palace to monitor the raid on a suburban Paris apartment.</p>

PARIS (CNN) -- A weapon was fired as French President François Hollande was giving a speech in western France Tuesday, the mayor of Villognon told CNN.

Hollande was not injured, but another man was, Mayor Claude Guitton said.

According to CNN affiliate BFM-TV, a local police officer aiding in the security detail for the President's visit accidentally discharged his weapon. The officer is a sniper and was positioned on top of a building, the Prefet of Charente Pierre N'Gahane told BFM-TV.

The President was speaking at the inauguration of a high-speed train line when the gun went off.

Video on the French presidential Élysée website showed Hollande speaking, and then a gunshot is heard.

An investigation has been opened into the incident.

"This seems to have been an accident," Guitton said. He said Hollande has since left the city.

No other details were released about the injured man.