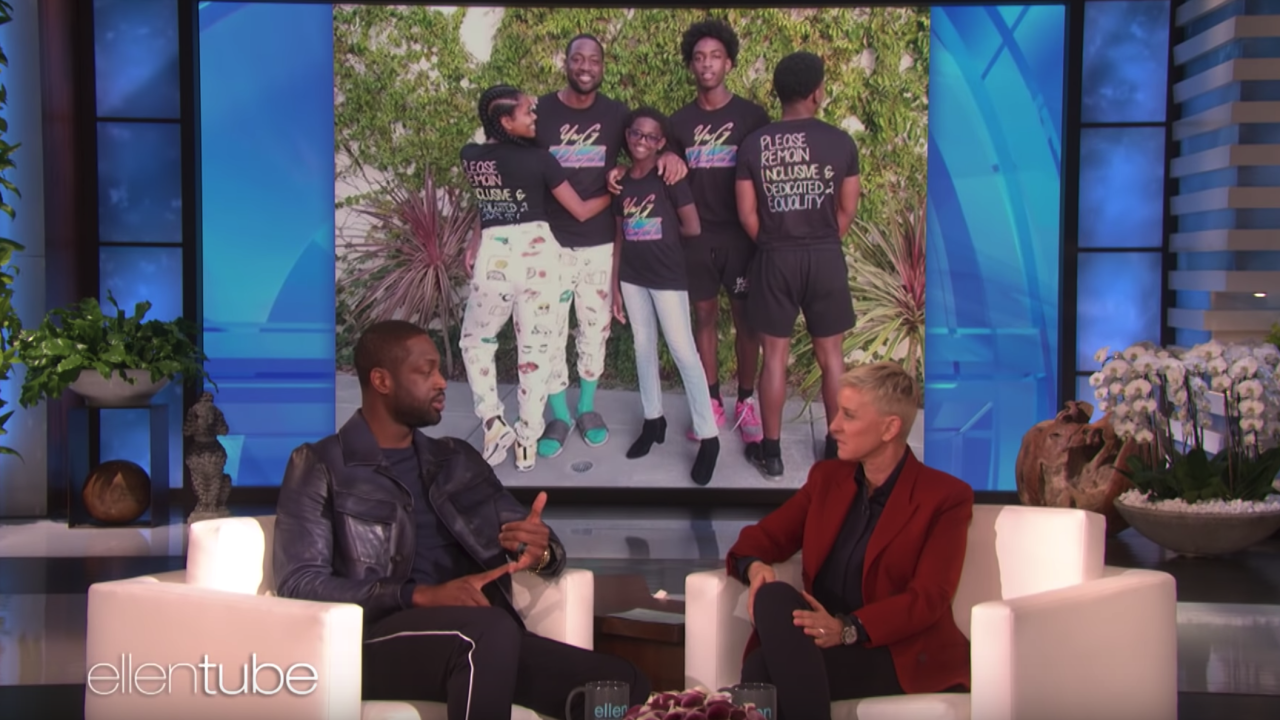 LOS ANGELES, Calif. – Dwyane Wade opened up to Ellen DeGeneres about his 12-year-old daughter coming out as transgender.

During an appearance on “The Ellen Show,” the former NBA star discussed how he and his family have embraced Zaya’s transition.

“We are proud parents of a child in the LGBTQ+ community and we’re proud allies as well,” said Wade of himself and his wife, Gabrielle Union. “And we take our roles and responsibilities as parents very seriously.”

Wade told DeGeneres that his then-son Zion came home and said he was ready to live his truth, saying he wanted to be referenced as she and her, and wanted to be called Zaya from there on out.

From that point, Wade said he and Union made it a point to educate themselves as much as they could on having a transgender child.

“We’re just trying to figure out as much information as we can to make sure we give our child the best opportunity to be her best self,” said Wade.

After Zaya’s coming out, Wade said he told her that she is a leader and their family had the opportunity to have a voice regarding the issue.

“Right now, it’s through us, because she’s 12 years old, but eventually it will be through her,” said Wade.

In addition to discussing his daughter, Wade spoke about the tragic passing of Kobe Bryant and how he’s going to miss the example that the NBA legend set.

“He was the first superstar that really embraced different generations, really embraced us. I think from 2008 on, from the Olympics on, he really put his arms around us, as competitors and the rest of the world.”