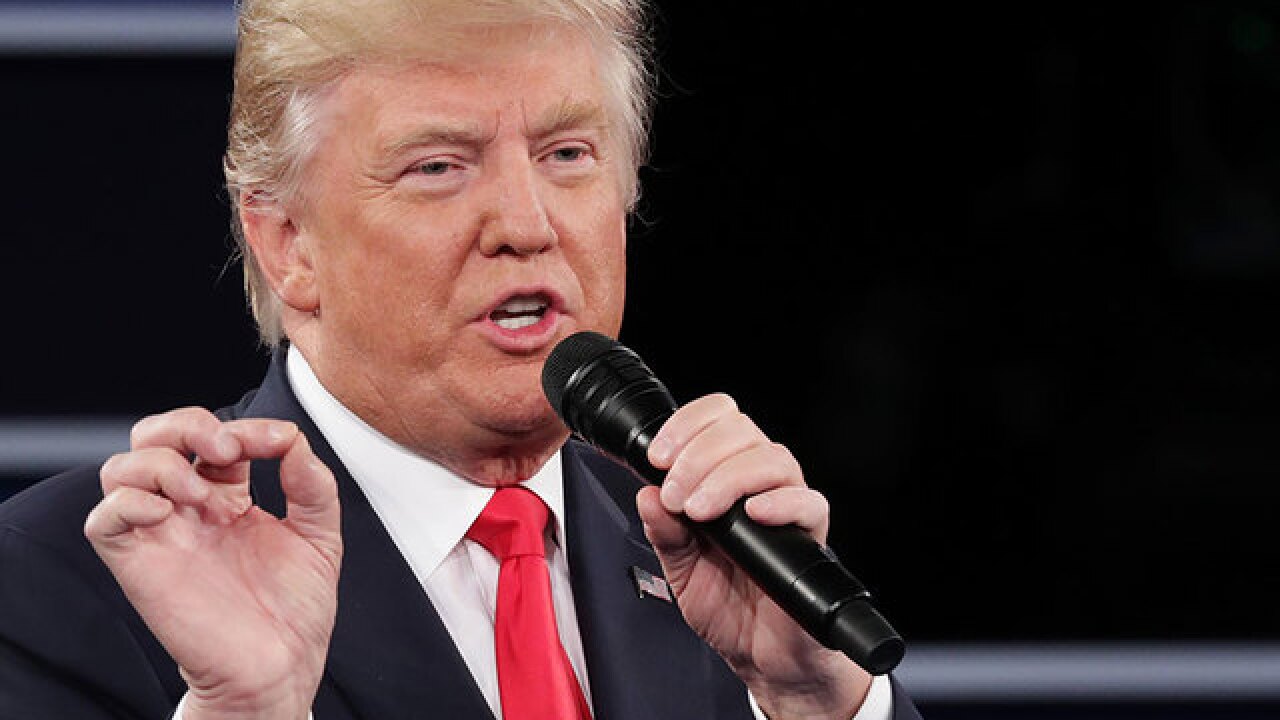 The IRS prohibits private foundations from giving money to other private foundations unless proof is provided to the IRS that the donation was used strictly for charitable purposes. This is known by the IRS as “expenditure responsibility.”  That proof, which is required in the form of “full and detailed reports” describing the use of the money, has to be attached to the donor foundation’s tax return for the year the donation was made.

Scripps News reviewed 10 years of publicly available tax returns of The Donald J. Trump Foundation, which is run by Donald Trump, members of his family and an executive from The Trump Organization. Those returns did not include any of the required reports proving that the money given to other private foundations was used for charity.

The tax returns show Trump’s private foundation gave money to at least 11 other private foundations 20 times from 2005 to 2014. The grants add up to $488,500 and each contribution could be subject to a 20 percent penalty .

"These mistakes are pretty blatant mistakes," said David Nelson, a nonprofit expert and former partner at the accounting firm Ernst and Young.  "The IRS view is that if one private foundation gives to another private foundation there may not be much oversight there," he explained.

Decades ago, private foundations in the U.S. regularly donated to each other, diverting charitable contributions for non-charitable spending. Congress passed the Tax Reform Act of 1969 in an attempt to curb these kinds of abuses.

Marc Owens, a Washington, D.C.-based tax attorney for the law firm Loeb & Loeb also reviewed The Donald J. Trump Foundation returns. “Those returns show an absence of detail, an ignorance of the law, disregard of the law, and a pattern over the course of the years,” he said. Owens previously served for 10 years as director of the Exempt Organizations Division of the IRS.

The donations in question include:

When asked for an explanation about potential violations of IRS rules, Trump’s campaign said the foundation “Has no full time staff, no overhead and no paid board members,” adding its focus “has been to distribute contributions to worthy organizations.”  The Trump campaign and The Donald J. Trump Foundation did not directly address other questions, including whether Trump’s foundation ever filed any amended tax returns or sees the need to take any corrective action.

The IRS said federal law prevents it from commenting on the tax returns of an organization or an individual.

Parry Wilson, a tax law professor at American University, said that if The Donald J. Trump Foundation does not act fast its problems might grow.

“There are additional penalties that would incur,” Wilson said. “I would tell them to immediately pay the 20 percent penalty on all the donations that were given to private foundations because they did not do the proper recordkeeping that they were supposed to.”

Owens says voters should look closely at these and other problems now surfacing with Trump’s foundation because they signal what a Trump presidency might look like.

“This is one little snapshot of something he is totally responsible for,” Owens said. Trump’s foundation “is perhaps one of the only ventures that Trump actually runs himself.”

This Scripps News investigation was led by Mark Greenblatt , senior investigative correspondent. Angela M. Hill, national investigative producer, contributed to the report, and Maren Machles, national staff intern, assisted in the research. You can follow Greenblatt on Twitter at @greenblattmark .