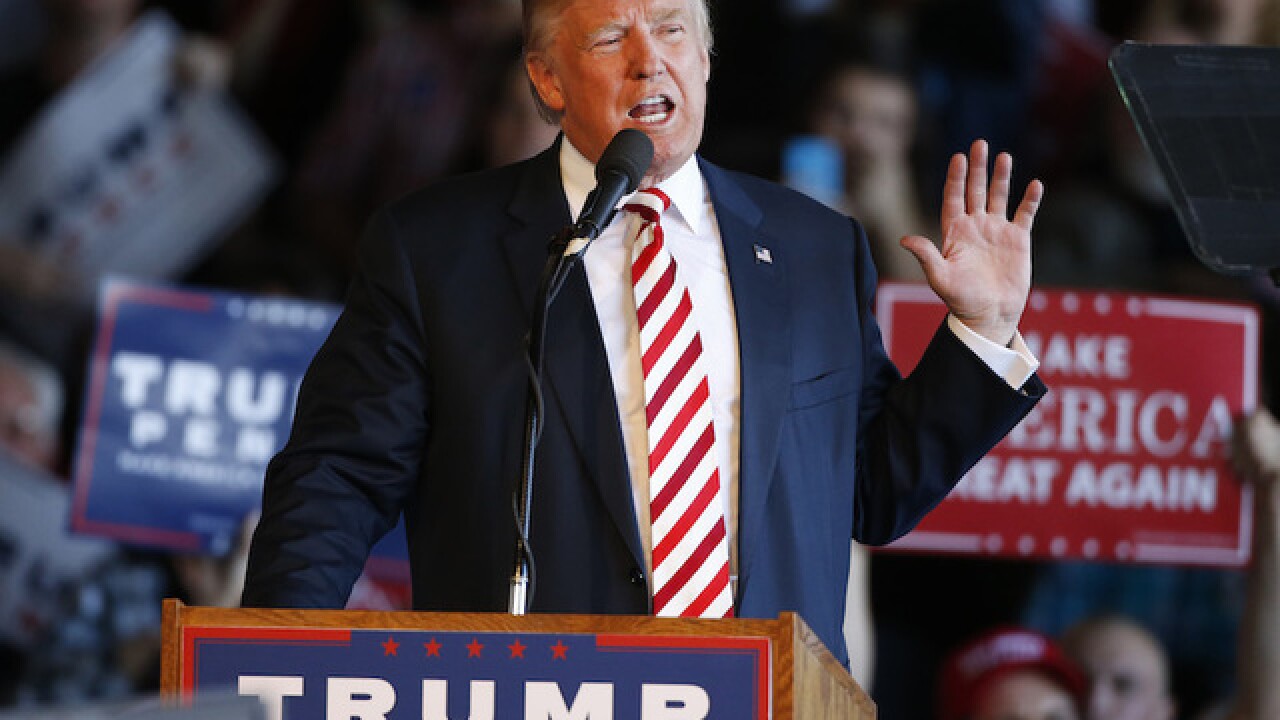 In a last ditch-effort to sway voters before the historic November 8 election, presidential candidates Hillary Clinton and Donald Trump are meeting tonight for their final debate in Las Vegas.

Following the debate two, widely mocked for the candidates’ tendency to veer off-topic and discuss issues unrelated to their policies, the third debate promises to be an interesting one.

But exactly how truthful will the candidates be as they take the stage and answer questions in front of millions of voters for the last time?

We’ve teamed up with PolitiFact to bring you the most important fact checks from tonight’s debate. On this page we’re following Trump's answers.

Read the fact checks below:

We found no evidence of Clinton ever saying verbatim or suggesting explicitly that she wants to abolish the Second Amendment, and the bulk of Clinton’s comments suggest the opposite. She has repeatedly said she wants to protect the right to bear arms while enacting measures to prevent gun violence.

Gun advocates say Trump’s claim is backed up by Clinton’s openness to a gun buyback program and her disagreement with a Supreme Court decision on the Second Amendment. But whether or not these two cherry-picked comments actually reveal Clinton’s intentions is a matter of interpretation.

For this claim to hold water, the support for Second Amendment abolition needs to be more direct. So we rate it False.

Clinton doesn't believe all abortion should be legal, as Trump said “on the final day.”

Clinton does not believe that all abortion should be legal. Instead, she’s said she supports restrictions on late-term abortions except in cases of rape, incest and when the mother’s life and health are in danger. That’s not the same thing as unequivocally supporting abortions "even on the due date" of the child. Such an abortion would be a purely hypothetical scenario; doctors said such a procedure doesn't make sense medically.

Trump is right about heroin coming through the southern border

The vast majority of heroin in the United States comes from Mexico and South America.

Clinton's proposal isn't directed at small businesses. Her surtax is intended to apply to rich individuals.

The top tax rate (plus Medicare taxes) would go from the current 43.4 percent to 47.4 percent, but it would only be applied to amounts over $5 million. A mere 0.02 percent of tax returns fall into that category and some of those payers will not be small business owners.

Clinton said when she was secretary of state, she was reserving judgment but "hoped (the Trans-Pacific Partnership) would be the gold standard."

She’s twisting her 2012 remarks a bit. Clinton said, "This TPP sets the gold standard in trade agreements," which is a more confident claim than if she had said she "hoped" it would meet that standard. This is in contrast to more recent comments where Clinton said she had concerns about the deal and that she ultimately opposes it.

The Clinton Foundation has taken millions from the Middle East

As we noted, it doesn’t violate campaign rules for a nonprofit philanthropy to accept donations from foreign governments. Over the years, the Clinton Foundation has taken millions of dollars from foreign governments. This includes between $1 million and $5 million from the United Arab Emirates and between $10 million and $25 million from Saudi Arabia. At least a portion of those donations came in 2014, after Clinton left the State Department and formally joined the family’s foundation that had previously been in her husband’s name alone.

We rate the statement True.

Trump: Defending his claims about a rigged election, Trump cited a Pew report

The Pew report, which estimates 24 million invalid or inaccurate voter registrations, does not say there is voter fraud. In fact, the center’s director of election initiatives said, "these bad records are not leading to fraud but could lead to the perception of fraud."

Trump’s claims of widespread voter fraud are Pants on Fire.

Trump: She wants a 550 percent increase in refugees from Syria

Clinton supported allowing in 65,000 refugees when President Obama supported a 10,000 figure. (The refugees would be screened.) That’s a 550 percent increase.

We rated this claim True.

In some states undocumented immigrants are barred from enrolling in post-secondary institutions, or pay out-of-state tuition even if they’ve lived in that state most of their lives; veterans are eligible for federal benefits for higher education and training and are eligible for in-state tuition. Undocumented immigrants also aren’t eligible for Medicaid, cannot buy coverage through the Affordable Care Act and cannot receive Social Security benefits, all of those services and benefits are available to veterans.

Veterans also have the right to vote and are eligible for federal job placement resources.

Veterans are entitled to several more benefits that are not offered to civilians, much less undocumented immigrants.