Delivery driver destroys package and it's caught on video 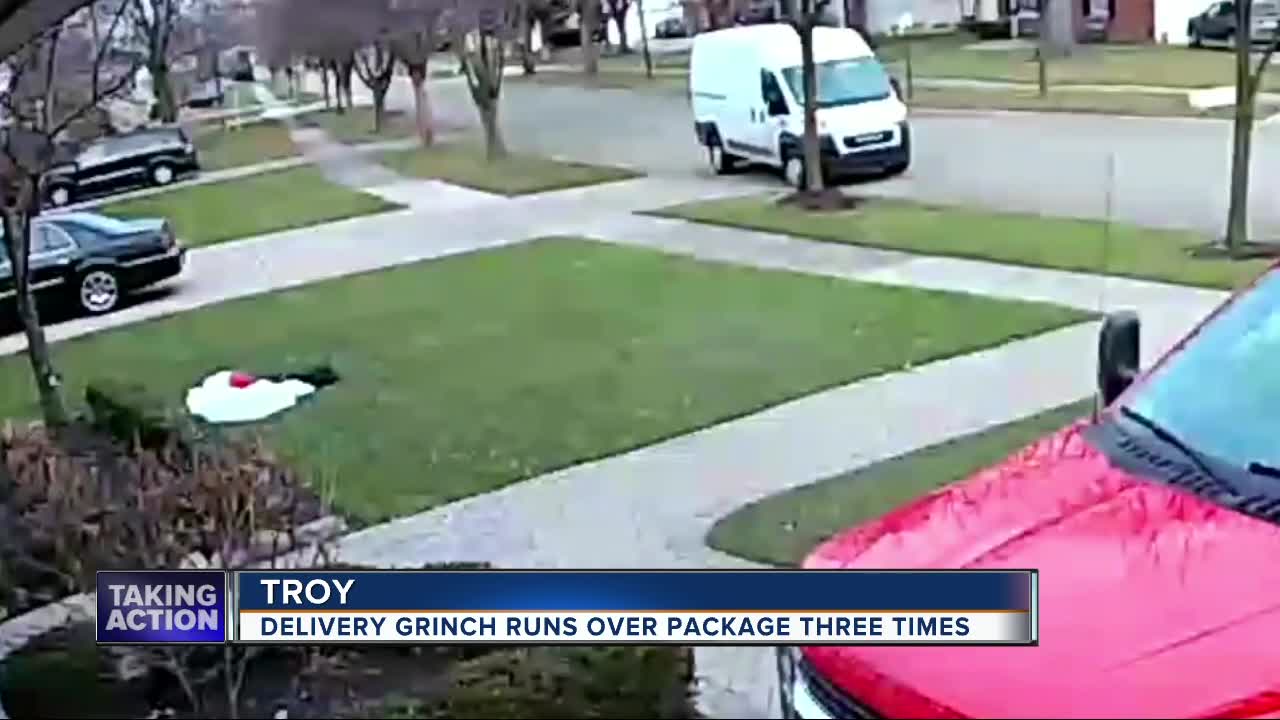 A delivery driver who was supposed to be dropping off a package for an Amazon customer for the holidays instead decided to destroy it.

A delivery driver in Detroit, Michigan, who was supposed to be dropping off a package for an Amazon customer for the holidays, instead decided to destroy it.

Surveillance video shows the driver get out of his vehicle, place a package in front of the back tire and then proceed to run it over repeatedly.

It's the video footage neighbors living on the 3500 block of Bellows Court never imagine cameras would capture.

The truck driver stopped in front of a home and carefully placed a package in front of his rear passenger tire after doing a door knock. He gets back behind the wheel and goes back and forth, crushing what's inside.

Neighbor George Porretta was outraged by this footage, which goes on to show the guy come back around and run over the package yet again. Soon after, at about 4 p.m. on Tuesday Dec. 17, Porretta picked up what was left, which was a smart remote for a garage door, and delivered it to the actual customer.

Porretta says the order was replaced by Amazon, but insists this must stop before he ruins anymore holiday gifts. The van was unmarked, leading Porretta to suspect the driver was under contract with a 3rd party delivery service. A shameless Grinch is now on the radar of police after the video was shared.