Trump says he has pandemic under control: 'People are dying...and it is what it is'

President Donald Trump says in an interview that the COVID-19 pandemic is 'under control.' 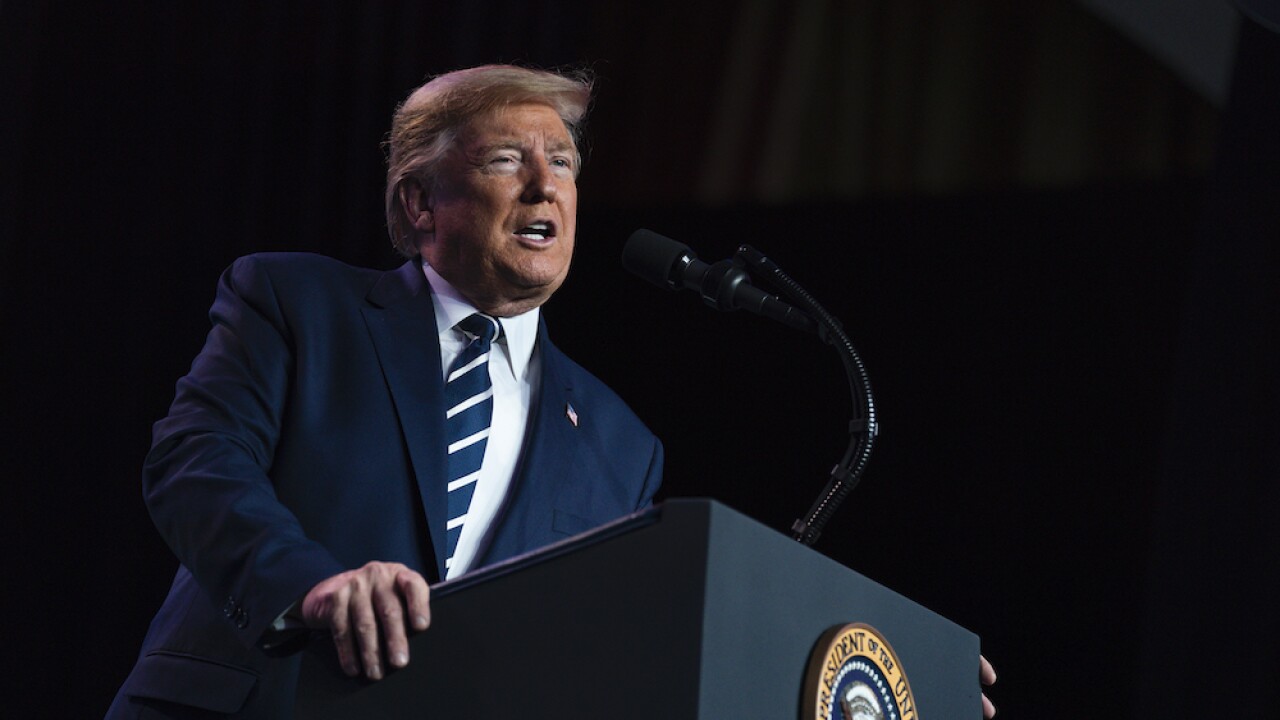 In an interview with Axios, which aired Monday night, President Donald Trump said he again believes that his administration has the coronavirus pandemic "under control," despite the fact that deaths linked to the virus are currently on the rise throughout the country.

When Axios reporter Jonathan Swan pointed out to Trump that deaths are on the rise, Trump said it's as "under control as much as you can control it."

"(Americans) are dying, that's true, and it is what it is," Trump said. "But that doesn't mean we aren't doing everything we can. It's under control, as much as you can control it. This is a horrible plague that beset us."

Trump also reiterated the false claim that virus cases are on the rise in the U.S. solely because the country is doing more testing than any other country.

"Because we're so much better at testing that any other country in the world, we show more cases," Trump said.

While the U.S. is conducting more tests than any other country, other statistics, like hospitalizations linked to the virus and deaths linked to the virus, are currently on the rise. In addition, Johns Hopkins reports that 7.7 percent of all COVID-19 tests in the U.S. are coming back positive — in South Korea, the positive test rate currently sits at 0.9 percent.

Trump also attempted to prove through statistics that the United States' mortality rate was among the best in the world. He handed Swan a piece of paper that showed the U.S. mortality rate was falling among a proportion of confirmed cases.

Swan then pointed out that the United States ranked among the worst in the world when viewing COVID-19 deaths as a proportion of the population.

Trump also stated in the interview that some experts have said that "you can test too much." When asked who was saying that, Trump told Swan to "read the manuals, read the books."

None of Trump's top health experts have publicly advocated for less testing. Earlier this year, Dr. Anthony Fauci and several other coronavirus task force members said during a House hearing that they had not been directed to "slow down" testing, and said it was the administration's goal to conduct more testing.

During that same interview, Trump also told Swan that he "wasn't sure" how history would view the legacy of Rep. John Lewis.