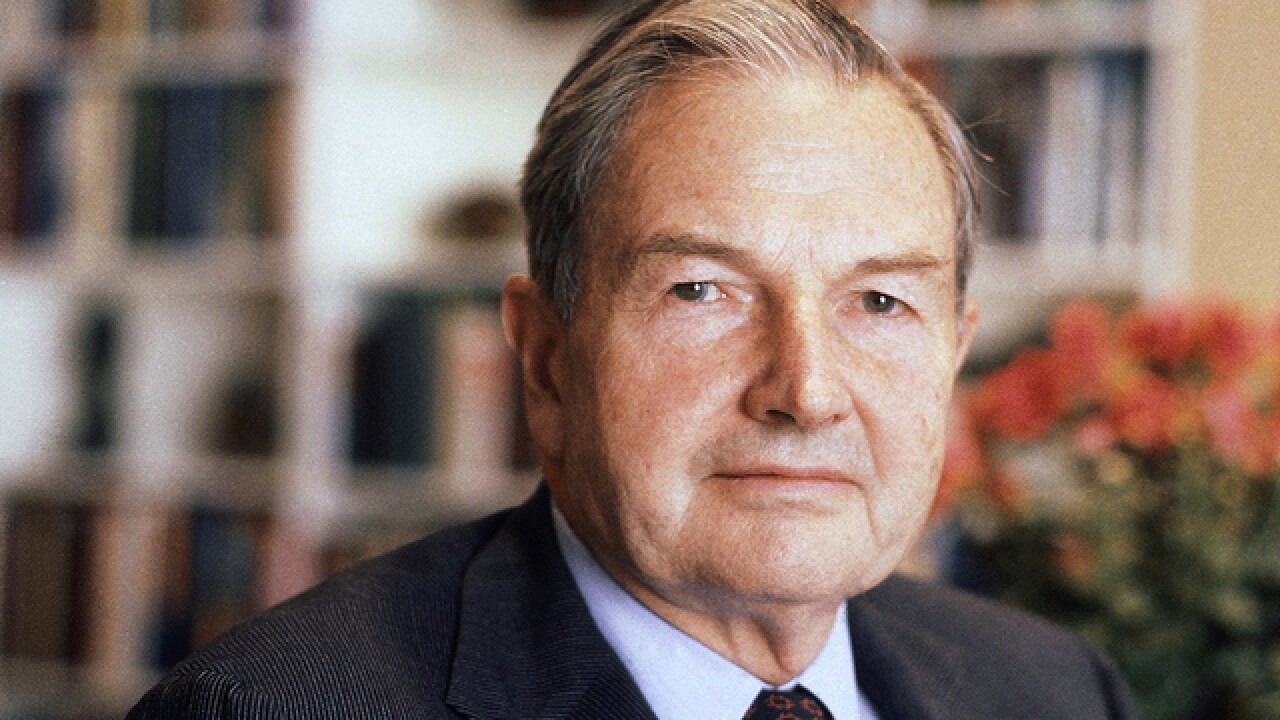 Copyright Associated Press
D. Pickoff
<p>FILE - In this April 31, 1981 file photo, David Rockefeller poses for a photograph. T billionaire philanthropist who was the last of his generation in the famously philanthropic Rockefeller family has died. He was 101. (AP Photo/D. Pickoff)</p>

David Rockefeller, the famed banker and philanthropist, died Monday at age 101, according to a spokesperson for the Rockefeller Brothers Fund.

Rockefeller had served as chairman of what is now JPMorgan Chase. But he was also born into great wealth as a grandson of John D. Rockefeller, who was the founder of the Standard Oil empire and America's first billionaire.

According to Forbes, David Rockefeller was worth $3.3 billion at the time of his death, making him the world's oldest billionaire.

He died in his sleep Monday morning of congestive heart failure at his home in Westchester County, New York, according to family spokesman, Fraser P. Seitel.

Rockefeller retired in 1980 as CEO and chairman Chase Manhattan after nearly nearly 35 years at the bank. But he was also well known for his charitable work.

He donated almost $2 billion to a wide range of institutions, including The Rockefeller University, Harvard University, the Museum of Modern Art, the Rockefeller Brothers Fund and the Council on Foreign Relations. He also founded the Trilateral Commission, an organization designed to promote cooperation among the nations of North America, Western Europe and Japan.

To mark his 100th birthday in 2015, Rockefeller donated more than 1,022 acres of land in Seal Harbor, Maine to the Mount Desert Island Land and Garden Preserve.

He was the last surviving grandchild of John D. Rockefeller. The oil empire he started today includes both Exxon Mobil and Chevron.

David Rockefeller started out in government as well, serving as secretary to former NYC mayor Fiorello LaGuardia before joining the army during World War II.