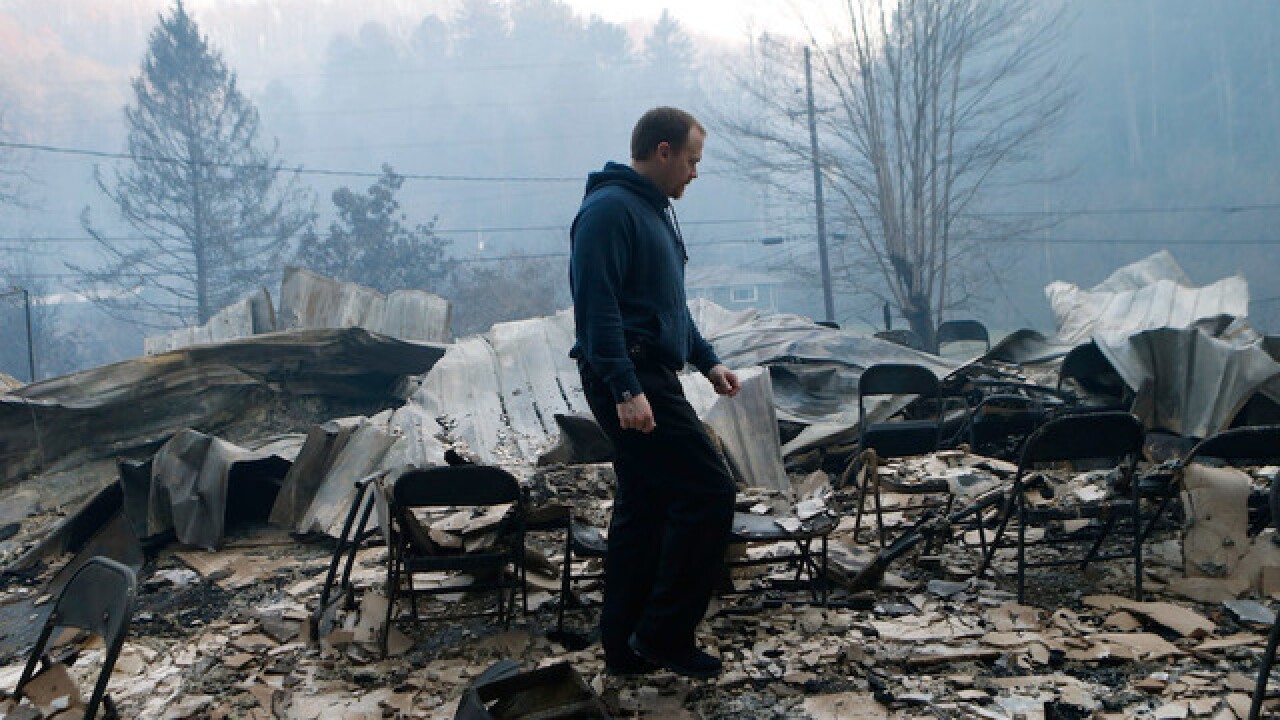 Copyright Getty Images
Brian Blanco
<p>GATLINBURG, TN - NOVEMBER 29: Trevor Cates, walks through the smoldering remains of the fellowship hall of his church, the Banner Missionary Baptist Church as he inspects damage after a widfire November 29, 2016 in Gatlinburg, Tennessee. Thousands of people have been evacuated from the area and over 100 houses and businesses were damaged or destroyed. Drought conditions and high winds helped the fire spread through the foothills of the Great Smoky Mountains. (Photo by Brian Blanco/Getty Images)</p>

All major roads and businesses reopened in Gatlinburg, Tennessee today nearly two weeks after the devastating wildfires there.

Locals are still trying to come to terms with the fire, which killed 14 people and destroyed hundreds of structures. Staff with The Now traveled back to Gatlinburg with a 360-camera and spoke with one man who lost everything.

"I mean it's heart breaking. There's a lot of, a lot of emotions that I'm sure everyone is feeling, just to see this whole area, and how it's affected it. Something like this is just completely unimaginable," Blizzard said.

"The city it looks a lot like images of the wars, from the Middle East, that we've been involved with. The only difference being that this is where you live and this is your home."

"It's going to take a really long time for people to heal and move on from something like this. Hard work dedication, compassion, people helping people get back on their feet. That has to happen for it to get back to anything close to where it was," Blizzard said.

You can witness the devastation and the heartbreak in Gatlinburg first hand by watching the 360-video above. Pan the camera to see the different sights all around.