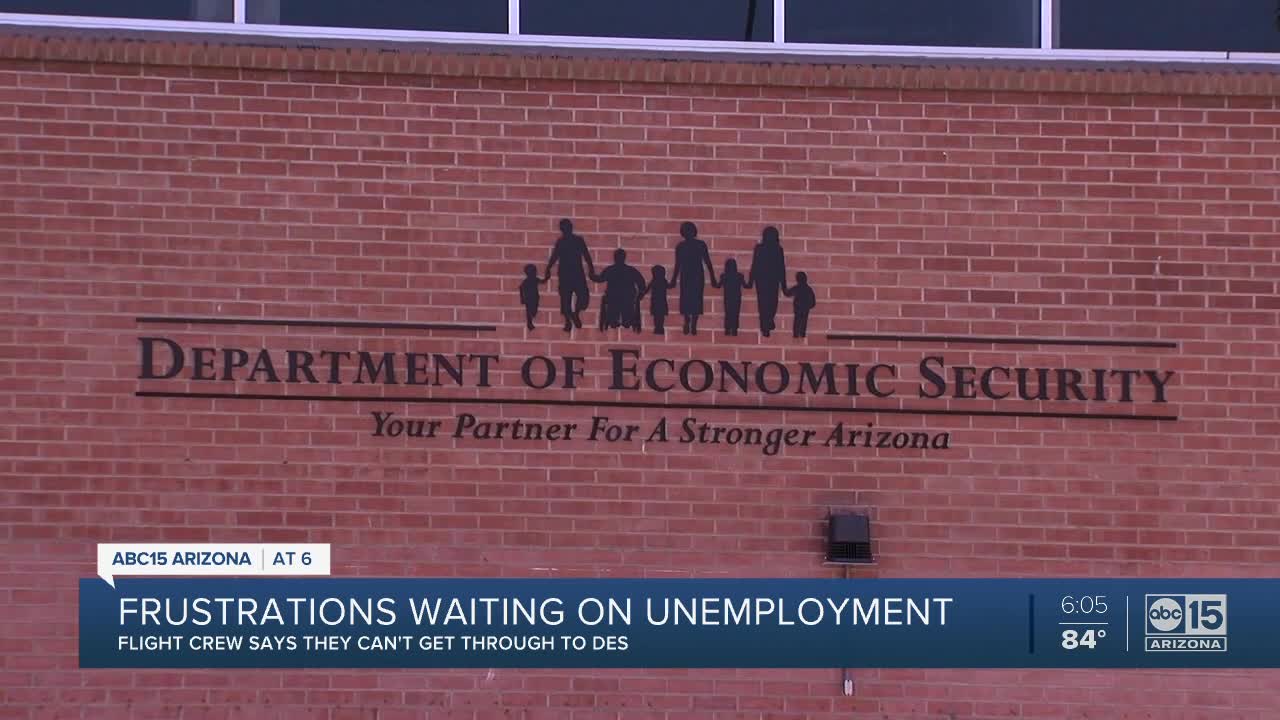 Many out of work say they can't get through to Arizona Department of Economic Security.

Since the airline shutdown in April, the crew has been working together to get answers from the Arizona Department of Economic Security (DES).

So when they saw a statement from DES on Tuesday which said there has they contacted ABC15 to say it was not true their experiences.

Flight attendant Julee Brentwood agreed. "Two days ago I was on hold for over an hour." And she said that was after six hours of dialing.

"You're nonstop dialing. I mean it's like trying to win a radio contest," she said.

The agency receives between 70,000 and 120,000 calls per day according to spokesman Brett Bezio.

Right now DES says the unemployment department has increased to about 700 people with 250 of those working in the call center.

David, Julie and fellow flight attendant Kinawa Crawford have each gotten through at least once. Crawford says she even got a call back once.

"It was weird because phone never rang. And it's like I look at my voice messages and it was an unknown call," she said. "And then when I check the voice message it's DES saying hey we need to get some more information from you could you please call us?"

They pass along what they've found out to the rest of the group.

"Julie will call me and say 'guess what? this is what happened,'" flight attendant Margie Mills said.

Eight weeks in she says she's found out that, "right now what we're waiting for, apparently is an unknown id call. But yet it's still not clear as to who that will be."

While they wait they says they looking for jobs and continuing to look out of each other.