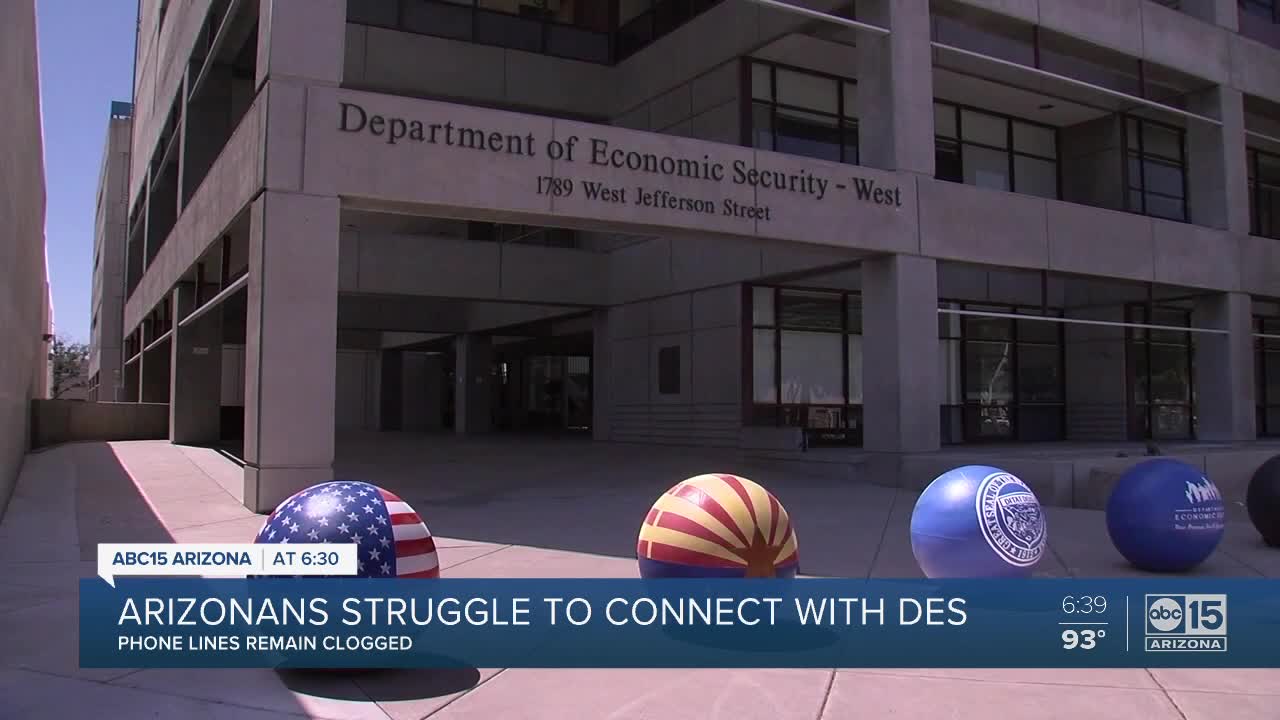 PHOENIX, AZ — Arizona workers are still unable to get through to the Arizona Department of Economic Security by phone.

The agency handles unemployment insurance claims which have surged to more than 500,000 according to Governor Doug Ducey at Tuesday press conference.

But despite an increase in call center staff from 20 to more than 150, wait times for some Arizonans have not shortened.

ABC15 has heard from several workers who have been stuck in status of "active issues" for more than a month and the only way to get it resolved is to speak to DES by phone.

Michael Cummings, of Phoenix, says he's been stuck since April 2.

"There’s no way to contact somebody to get them to contact you and I’m just hanging in limbo," he said.

Similar situation for Todd Hokanson, of Chandler. "There's no one to talk to. You can’t' get a hold of anybody. I called the Governor's office today and I filed a complaint," he said.

He's also be in touch with Senator Kyrsten Sinema's office for help.

Cummings said he won't be able to hold out financially for much longer. "They keep saying sit tight. Well I am sitting tight. How much longer do they want me to sit tight?"