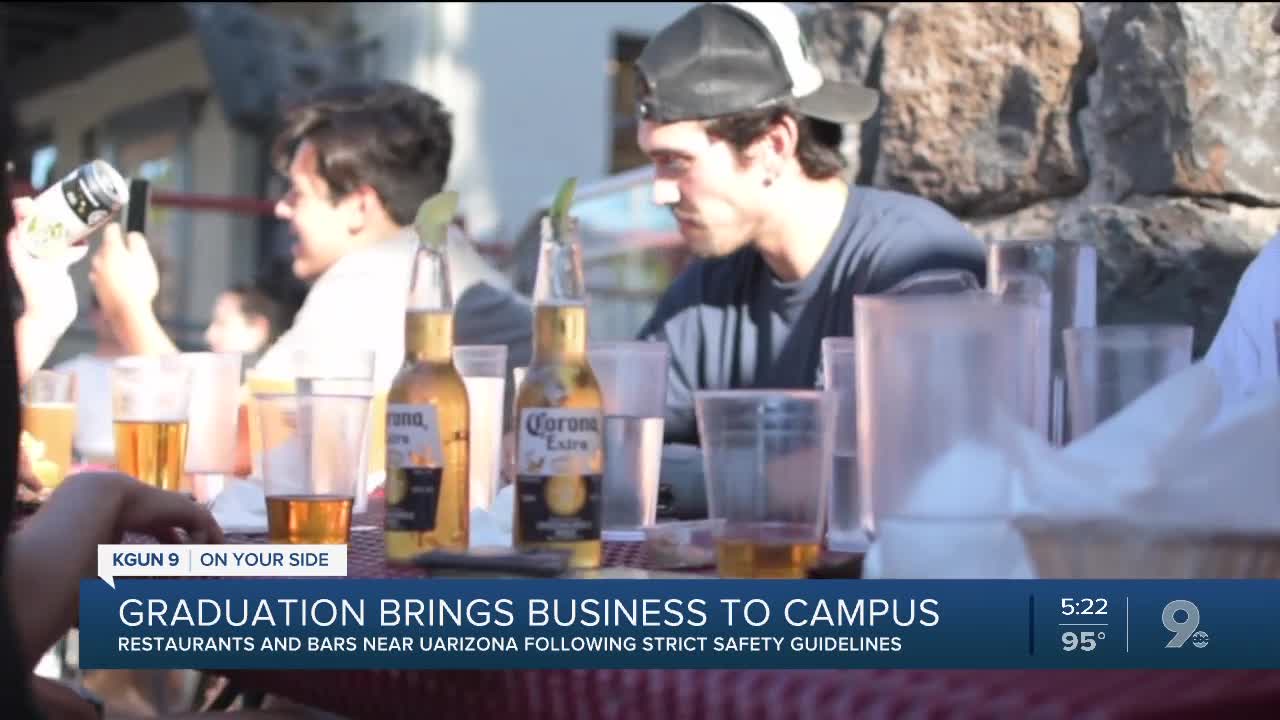 It’s University of Arizona's graduation weekend and this means big business around campus. Especially now that bars are allowed to re-open. 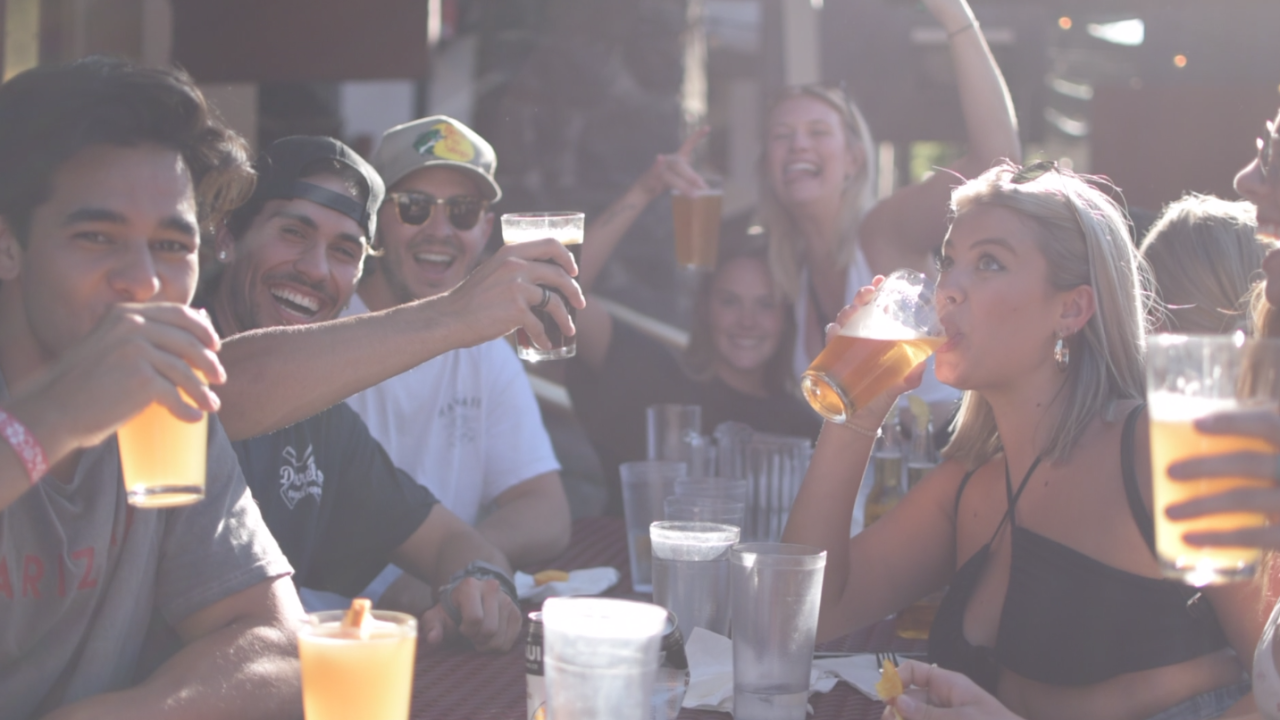 It’s University of Arizona's graduation weekend and this means big business around campus.

Especially now that bars are allowed to re-open.

Jonathan Graham is the General Manager at Frog & Firkin , and while he says they’re happy to be serving customers again, he states, dealing with celebrating graduates has been a challenge.

“Hey man you gotta go sit at your table. Nope you can’t. Hey no don’t move that. I literally became the COVID police for the last couple of days,” he told KGUN9.

He says it’s hard enough running a restaurant and a bar, but the reopening of dine-in services has added new responsibilities to his plate.

“You can’t have groups of more than 10 and the guidelines are different now and it became very challenging to explain that to the younger college crowd,” Graham added.

Frog & Firkin has cut their hours and is operating at half the normal capacity, making sure tables are spread out.

“Two months ago you couldn’t have stood here because there were three tables. You know in a restaurant, more seats equals more money,” he said.

However, they are willing to take the financial hit in order to keep people safe, and customers like Cathy Rosen couldn’t be more thankful.

“We sat down to a perfectly sanitized table. The waitress came over with her mask. Sanitized the menus. We got alcohol wipes when we were done eating, and the table was immediately sanitized. I felt very safe,” she told KGUN9 with great joy.

“I mean if you can think of it, we’ve done it. We’ve bleached it. We’ve cleaned it. We have checklists. We take people’s temperatures when they walk in,” added Graham.

“We’re pushing 90,000 deaths and they want to open on graduation weekend? It’s like, okay great, but it gave everyone a reason to come back and party. I get it, you have to open. You gotta get the economy going, but I just wish maybe it would have been another week,” said Graham.

The General Manager encourages customers to be mindful of others and take safety guidelines seriously, to prevent the spread of the virus.