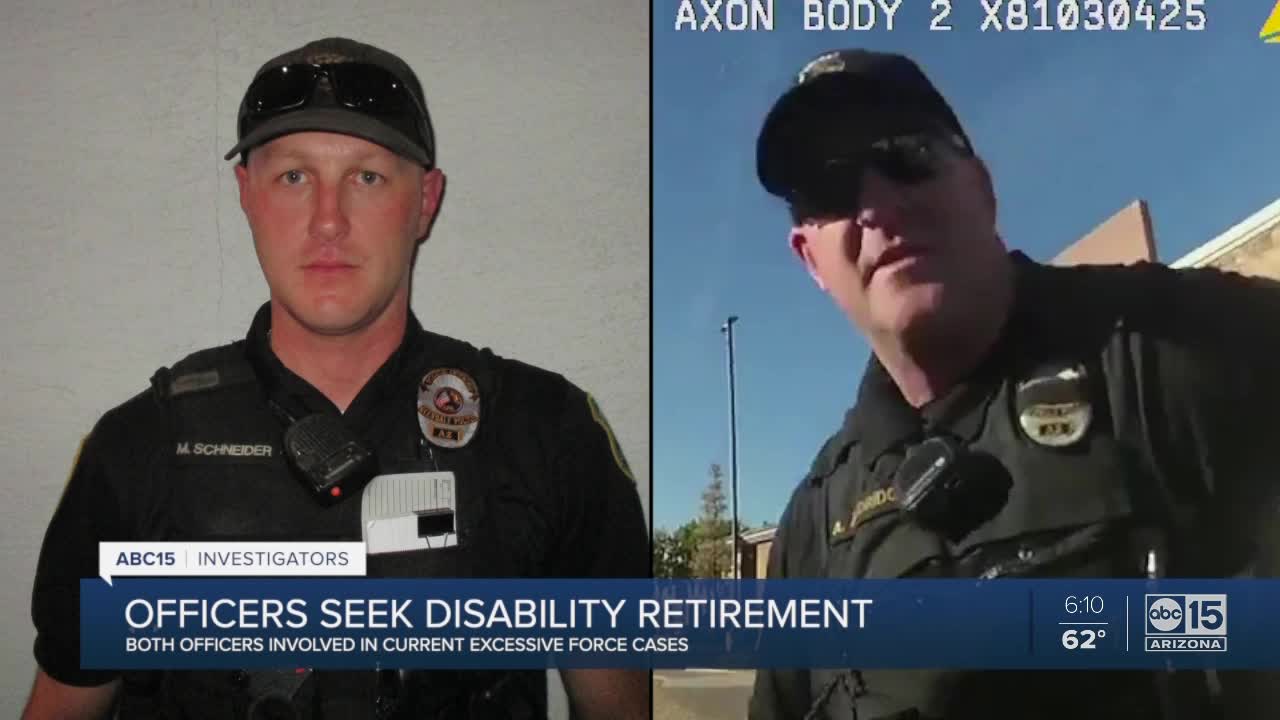 The City of Glendale police pension board unanimously voted to advance the disability retirement applications of two officers exposed by ABC15 for excessive use of force. 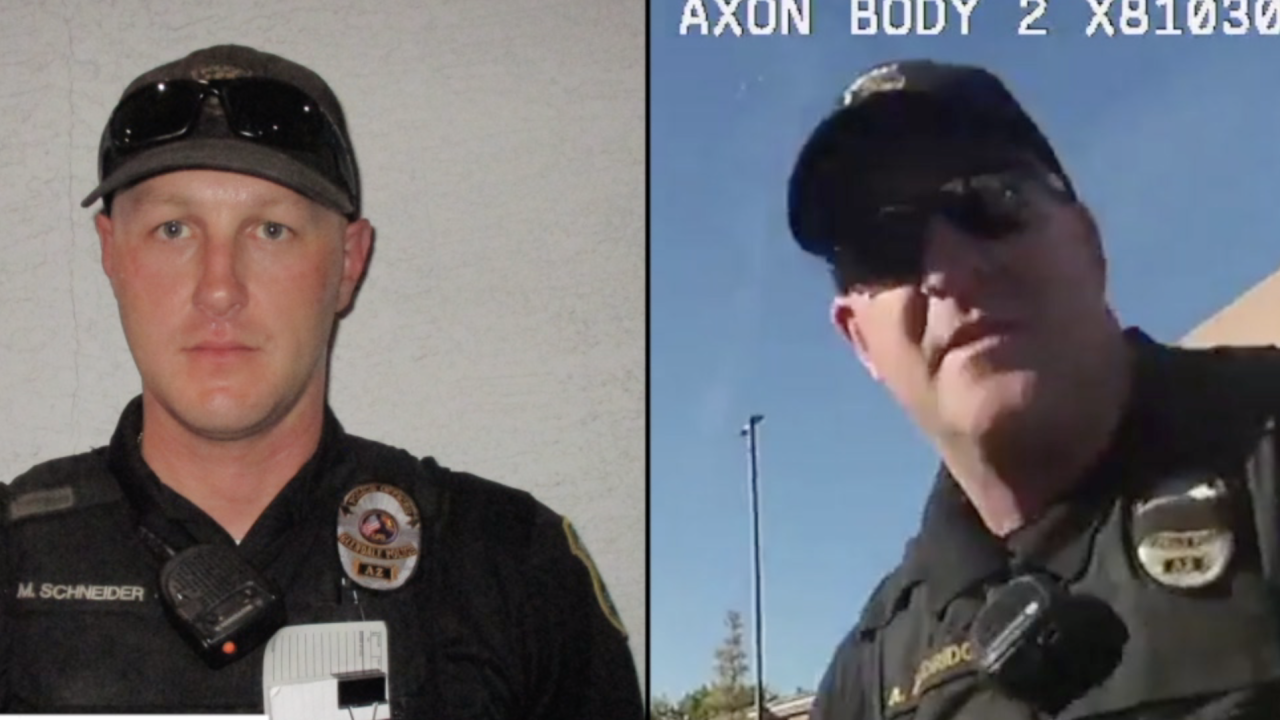 GLENDALE, AZ — The City of Glendale police pension board unanimously voted to advance the disability retirement applications of two officers exposed by ABC15 for excessive use of force.

Officer Matthew Schneider and Sgt. Aaron Aldridge will now undergo medical examinations to review whether they have physical/mental conditions that prevent them from doing their jobs.

Following the examinations, the Glendale Public Safety Personnel Retirement System Local Police Board will then vote to approve whether the two officers can receive full pension benefits ahead of normal retirements.

Schneider, who is not currently on any type of leave, is under a criminal FBI investigation following an ABC15 report last February.

During a July 2017 traffic stop, Schneider repeatedly tasered a man, including once in the testicles when was handcuffed laying on the ground, according to body camera footage and a federal lawsuit.

Attorneys for Schneider have claimed in court during a civil case that criminal charges are presumed and expected in the near future.

Schneider was suspended for three days by the city for his role in the traffic stop. Independent experts called his actions one of the most troubling and sadistic cases of police misconduct they’ve ever seen.

ABC15 also obtained video showing Sgt. Aldridge immediately tasering a man in the chest in late 2018 without warning. The suspect, who was accused of stealing a bait bike, had both hands clearly raised above his head.

Accidental disability retirements would allow the two officers to collect full pension benefits without reaching the required 20 years of service.

Schneider, his wife, and attorney attended the public meeting and were expected to speak about his condition.

However, once ABC15 journalists arrived, his attorney asked the board to rescind his waiver of confidentiality and requested only to address the board in executive session, which is closed to the public.

Aldridge did not attend the meeting.

The public meeting was held on the fourth floor of Glendale City Hall behind a locked door.

When ABC15 journalists arrived ahead of the meeting, a security guard told the crew the meeting was not public.

Shortly later, the security guard asked the ABC15 journalists to sign a blank loose-leaf piece of paper. And a pair of city spokespeople also came to ask why the journalists were there.

“Open meeting law does not grant public bodies authority to require that members of the public sign an attendance sheet in order to attend an open meeting,” according to the Arizona Obmudsman’s website.

After showing the spokespeople the agenda for the public meeting and further requesting access, employees unlocked the door and let ABC15 into the meeting.

A spokesman later apologized for the confusion.