What's the plan for pregnant Marshallese women in Arizona? 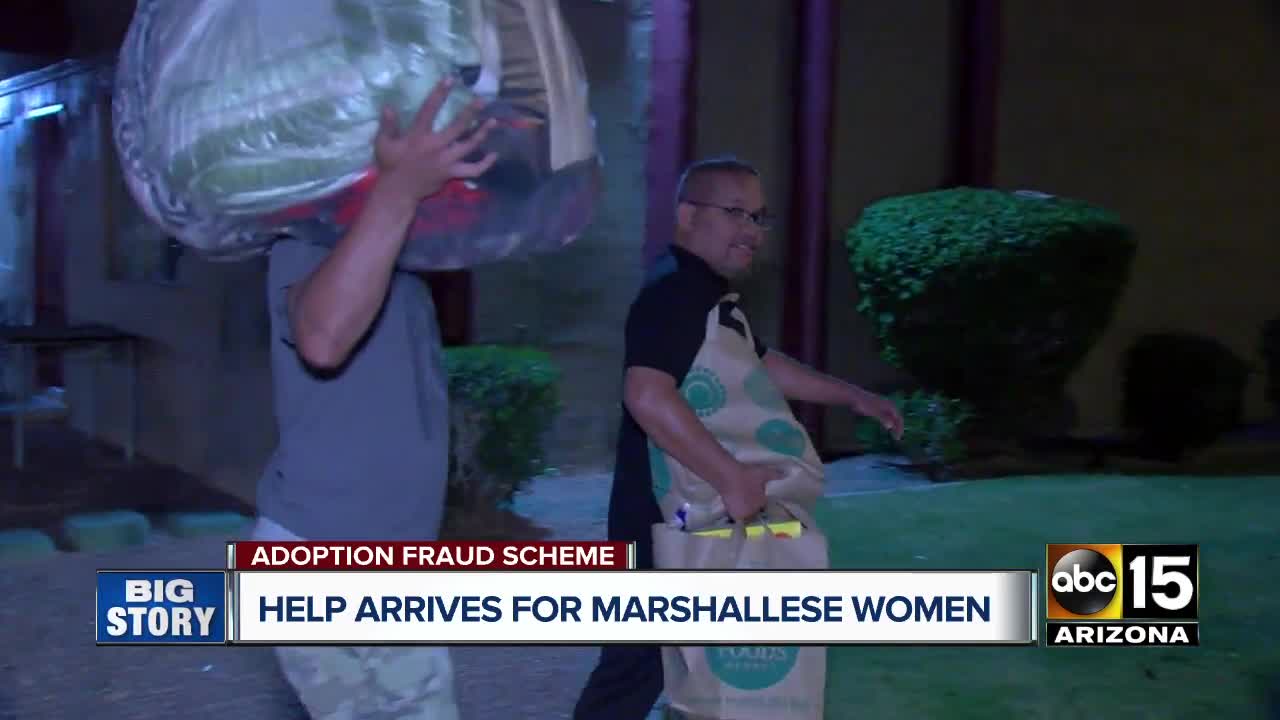 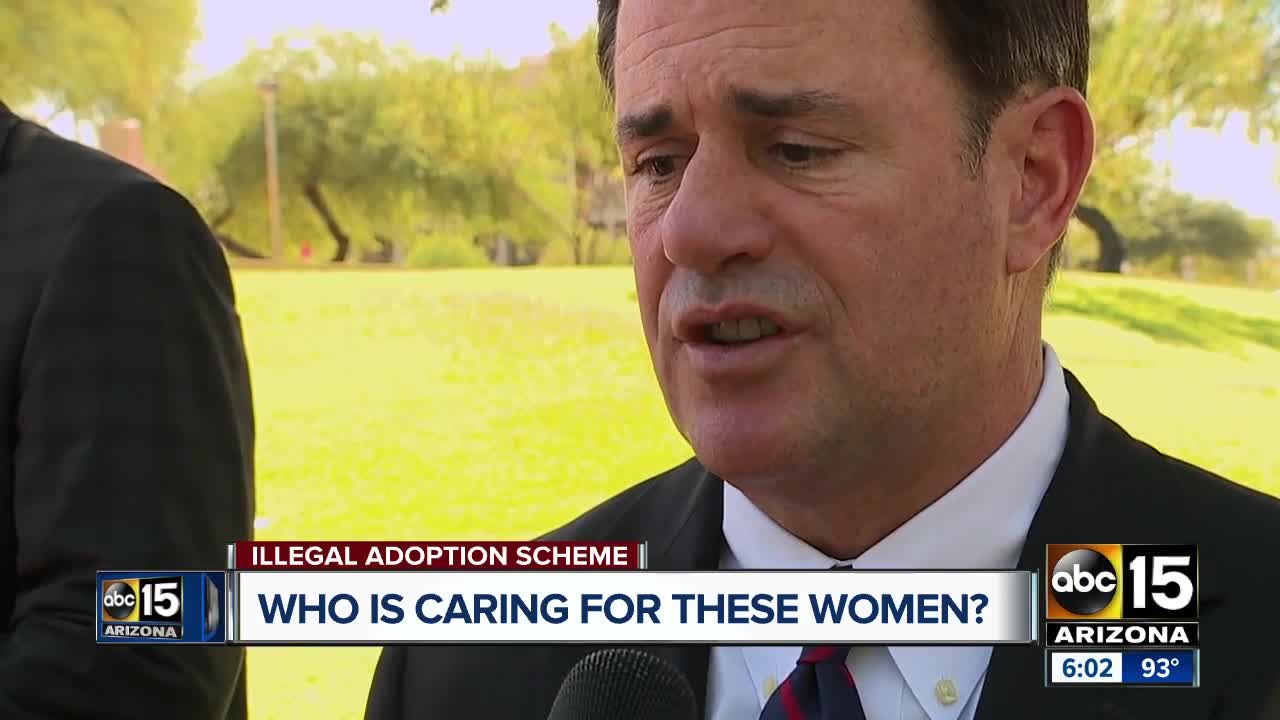 MESA, AZ — What was the plan for the pregnant Marshallese women left behind after the arrests of Paul Petersen and Lynwood Jennet?

ABC15 found that the women at the center of Petersen's alleged adoption scheme are waiting inside the same East Valley apartment police raided more than a week ago.

On Wednesday, the women spoke to ABC15 exclusively, allowing us in the small apartment that several women share with their children.

The unit is sparsely furnished with a couch, a couple of chairs, and a mattress on the floor.

The women told ABC15 their passports and cellphones had been taken by law enforcement, and they were low on money as well as food.

Some indicated they wanted to go home.

It's a situation ABC15 alerted Governor Doug Ducey's office about, which prompted a quick response.

By Wednesday night, police were responding to the apartment with water and other supplies. Ducey confirmed that he asked the state's Adult Protective Services to get involved immediately.

The Arizona Department of Public Safety (DPS), Arizona Attorney General's Office, and the US. Department of Homeland Security was all part of the months-long, multi-state investigation.

But it seems nobody was in charge of figuring out what their next steps would be after the arrests.

ABC15 spoke to each of the agencies but could not get a definitive answer about who was responsible for coordinating their day to day and longer-term humanitarian needs.

How would these women get home? Who will provide prenatal care? Where will they live?

DPS told ABC15 troopers have checked on the women regularly, but since it does not have a victim advocate unit, the agency relies on local law enforcement and non-profits. A DPS spokesperson provided the following statement:

"Since the time of Petersen’s arrest, AZDPS has worked with public and private partners to ensure the well-being of the eight pregnant Marshallese women located within an apartment in Mesa. AZDPS continues to assist in welfare visits by law enforcement, governmental and non-profit organizations. Several non-profits have committed to assisting and relocating the women to different housing if needed. These non-profits have been in contact with the AZDPS. The AZDPS is committed to working with everyone involved in helping to ensure all available resources are afforded to the Marshallese women."

The spokesperson said one non-profit was contacted before the arrests. It is not clear what assistance was provided.

“Prior to the arrest of Petersen on state charges, Homeland Security Investigations (HSI) contacted non-profits requesting they be on stand-by should the Marshallese woman require temporary living arrangements and/or further assistance. As this remains an ongoing investigation and to respect the privacy of these women, no other information is available,” said Yasmeen Pitts O'Keefe, ICE Public Affairs Officer.

The agency says passports were recently returned to the women, and they are working on returning their cellphones.

The women in both the Utah and Arkansas cases are considered victims of human smuggling.

And while Ducey tells ABC15, "I certainly see them as victims in this situation," technically in Arizona, they are not.

Charges in Arizona involve AHCCCS fraud, so taxpayers are the victims.