What Phoenix PD misconduct will get sent to state board? 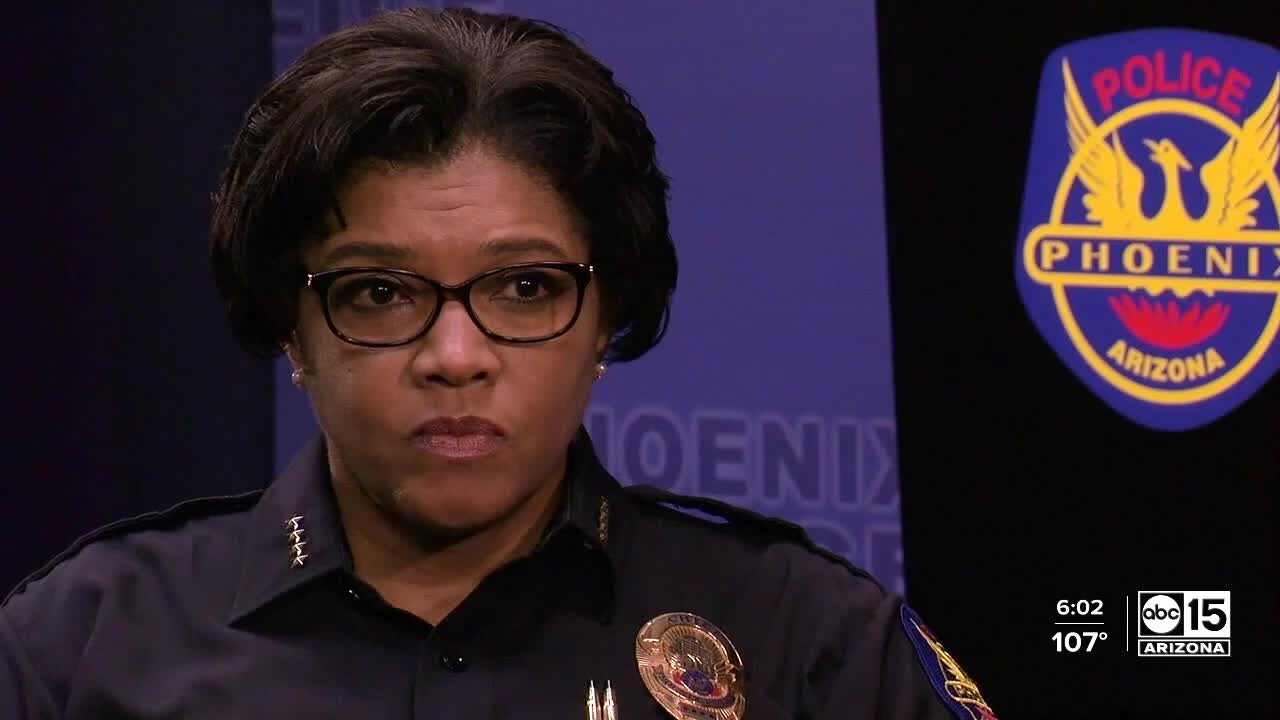 In an interview with ABC15, Phoenix Police Chief Jeri Williams said her department will forward the city’s most serious misconduct cases, including “Brady” list placements, to the state police board. 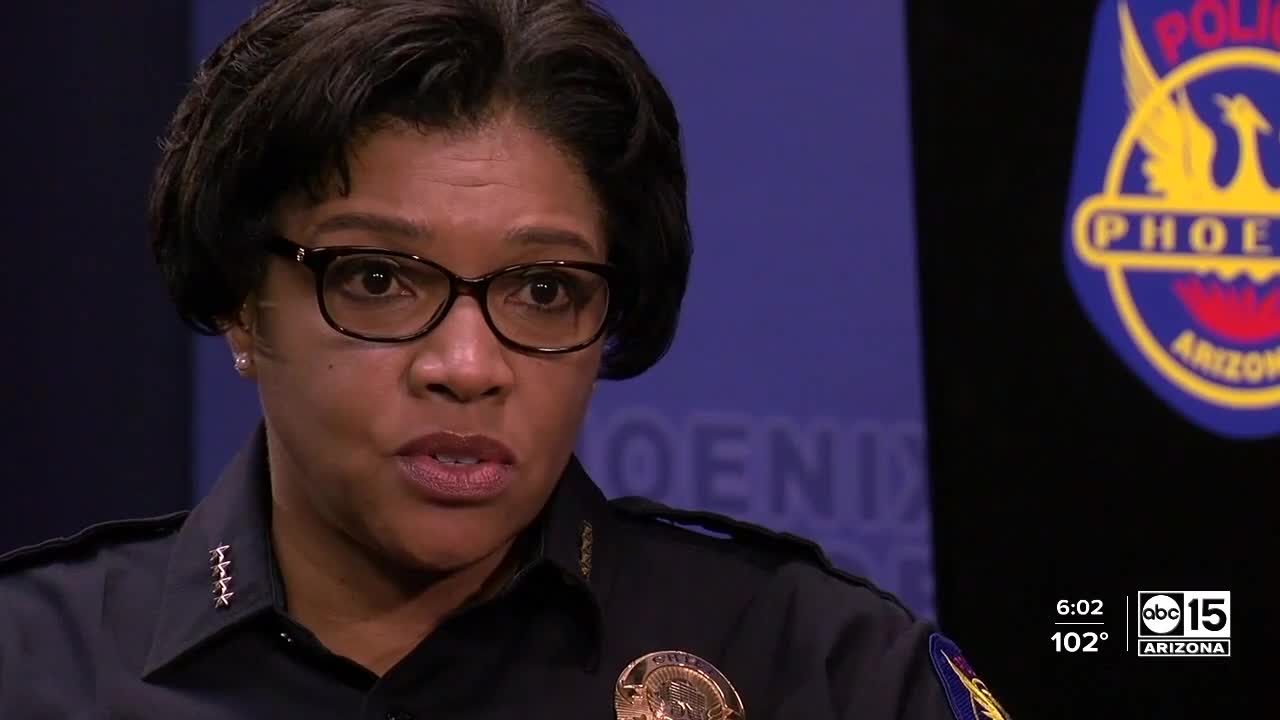 PHOENIX — In an interview with ABC15, Phoenix Police Chief Jeri Williams said her department will forward the city’s most serious misconduct cases, including “Brady” list placements, to the state police board.

However, the promised reform is not permanent or written in policy.

A spokesperson sent ABC15 the following response when asked for any documentation to confirm Chief Williams’s statement.

“These guidelines are not written in policy. Rather this is a pilot program where both (Phoenix Police and the Arizona Peace Officer Standards and Training Board) will review information on what is working and where adjustments or improvements are needed moving forward.”

Phoenix Police previously announced the pilot program in late August in response to questions about a problematic officer who remained on the job despite documented lies, a false arrest, and multiple sex assault allegations.

During a 12-minute interview with the chief, ABC15 asked specifically whether Brady-level violations would be included in reporting to AZPOST.

ABC15: Will you now report every Brady list misconduct case to now AZPOST based on what you’re looking at?…)

WILLIAMS: So, what we’re doing, we’re making sure cases of significant discipline to include major policy violations, major suspensions, or class III violations, what we call them, and I’ll have you get with the (public information officers) on what a class III violation specifically is. We’re reporting those now to AZPOST. And we started reporting those in August of this year.

ABC15: So what about Brady violations though? If an officer has something to track them for some sort of integrity issue is that something you’ll automatically send to AZPOST?…)

WILLIAMS: So, I think my response would be the same thing. If an employee or officer is disciplined, if we’re looking into the case, if being integritible [sic] is part of that case, that’s obviously something that’s going to AZPOST. But what I think you’re asking me, is if someone is on the Brady list, are we giving that to Arizona Post? And on the Brady a spectrum of things, and the PIOs can give you the list and spectrum, but when we have significant discipline I am definitely going to report that to AZPOST.

ABC15: But you’re not exactly answering my question. The point is if there is something that now lands the officer on the Brady list, will you send those cases to AZPOST? They told me they want to see them all now.

WILLIAMS: So if it lands into an investigation that we’re looking into, I’m absolutely going to send that to Arizona POST.

ABC15: So yes? If it’s a potential Brady violation and you sustain it, it will go to…

Class III violations are the most serious, and typically include allegations of dishonesty, false statements, and criminal actions, according to Phoenix’s operation orders.

As of August 25, 2020, a spokesperson said three of those violations have been shared with AZPOST.

ABC15 obtained Brady lists for every county in Arizona. They show there are more than 1,400 law enforcement officers on the lists. There were more than 400 in Phoenix — more than 100 still active. It’s about one in 30 current officers in the city.

In many cases, across Phoenix and Arizona, Brady-level misconduct was not reported AZPOST, which often revokes the license of officers who are found to be dishonest.

One of the cases never reported to the board involved Phoenix officer Anthony Armour.

He kept his job despite documented lies, a false arrest, and multiple sex assault allegations.

The internal investigation concluded he unlawfully entered an apartment, falsely arrested a woman who lived there, lied to his supervisor regarding the circumstances, then lied in his incident reports, and after his supervisor told him to release the woman from custody, he had her booked into jail anyway.

Armour was suspended for 80 hours, but not fired.

He retired within the past year under an accidental disability claim and is receiving a full pension.

ABC15: Should he still have been a police officer in your opinion after doing that?

WILLIAMS: As you mentioned that happened prior to me being the police chief. And as you know, I can’t talk about that case because I’m one of the people mentioned in there. But back to my point, when something brings something to my attention, I am going to address it, period.

The case involving the false arrest and lies is not one of them.

ABC15: What if a new officer does those very similar things: Falsely arrested someone, lies about it, then is told to unarrest her at the scene because he doesn’t have probable cause and has her booked anyway. Would you be comfortable having that person on the force?