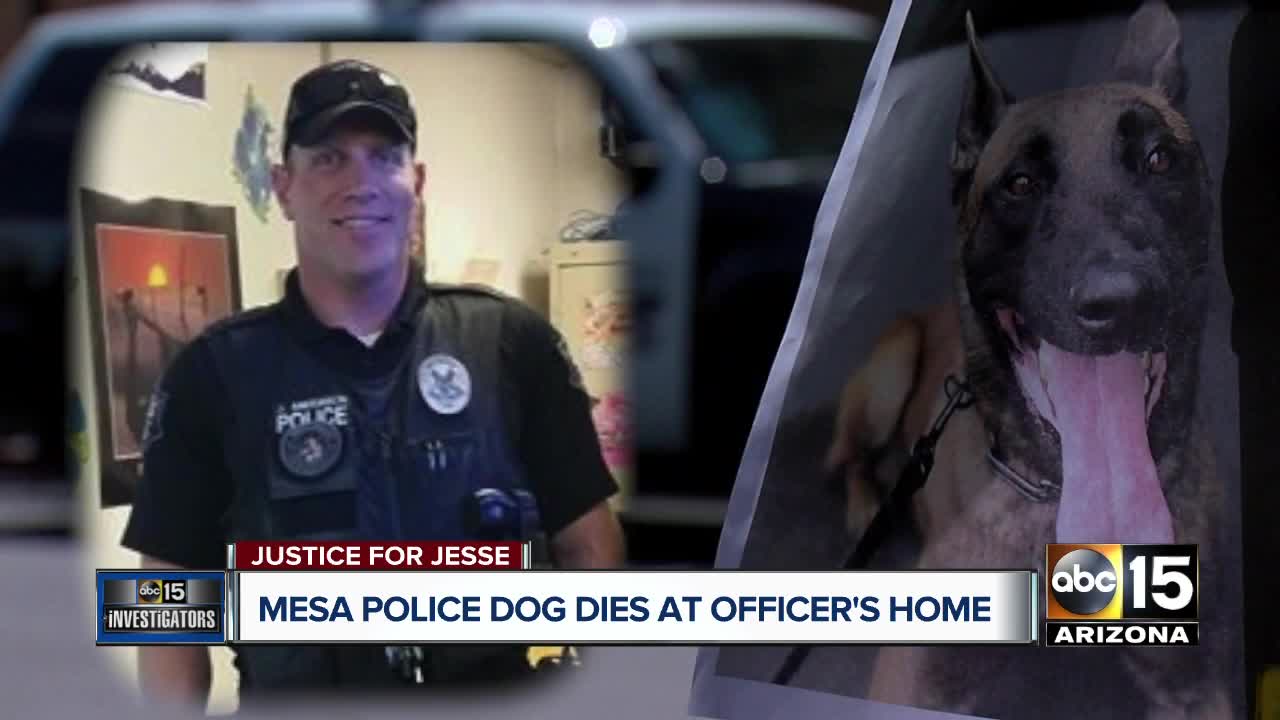 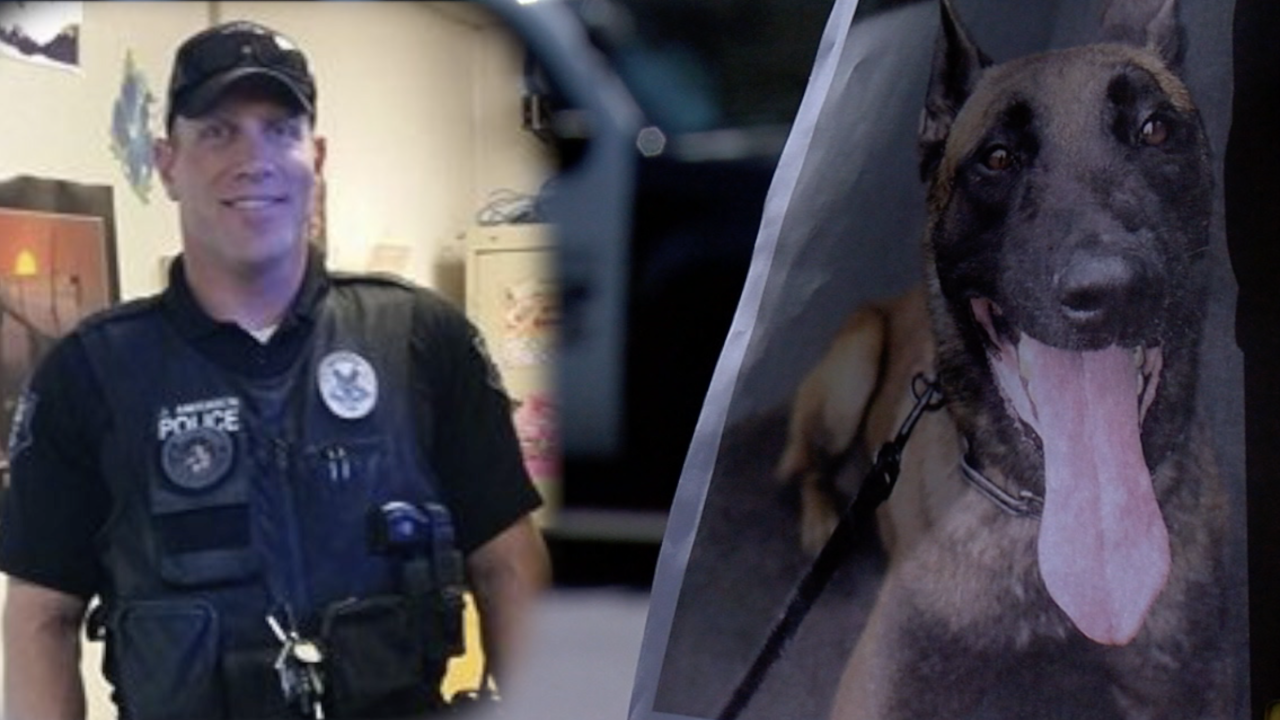 A Mesa police officer has retired after being investigated for the death of his K-9 partner on a hot July day.

Officer Joel Anderson had served 20 years with the Mesa Police Department. He handled several K-9 dogs during his career and had received positive performance reviews prior to K-9 Jesse’s death.

Jesse, a 4-year-old Belgian malinois, died on July 20, 2018. The high temperature that day was 108 degrees. Jesse was at home in his outdoor kennel, which had been approved by the Mesa Police Department. His handler, Officer Joel Anderson, was out of town when the death occurred, but his family was watching the dog. The official cause of death was hyperthermia [heat stroke].

A necropsy also showed Jesse also had previously undiagnosed lung disease and heart worms, which may have contributed to the unexpected death.

"I love animals," Anderson told the ABC15 investigators by phone. "I spent my whole career training, raising, breeding police dogs." Anderson claims he did nothing to contribute to his police dog's death."I've done everything that I can to try to keep them [his police dogs] healthy and strong and live good working lives," Anderson said.

Some other Mesa officers and Anderson's supervisor told internal affairs investigators they were concerned about the dog's health weeks before its death. As a result, Anderson was accused of neglecting to maintain proper healthcare for Jesse, failing to properly maintain his kennel, and failing to obey an order to seek veterinary care. ABC15 investigators found altered records and conflicting information made the case much murkier.

One co-worker, Officer Scott Callender had noted in a computerized log that "Jesse struggled," "Jesse still appears to be losing weight," and "Joel told me he was still having trouble getting Jesse to eat" during a July 4th training activity. However, computer metadata shows Callender actually made the note July 21, which was one day after Jesse died.

Sgt. Bell told investigators he saw Officer Anderson at a training session on July 11, and he said he ordered Anderson to take K-9 Jesse to the veterinarian on the following day, July 12. The vet visit never happened.

Anderson claims Sgt. Bell is lying about the conversation at the July 11 training. According to the internal affairs report, no other officer overheard the order. There's no evidence that Sgt. Bell followed up about the vet or asked about Jesse's health before the dog died.
In addition, vet and necropsy records showed K-9 Jesse weighed 65.7 pounds after his death, which was 2.5 pounds lighter than his last checkup in August 2017.

In a police department memo, Anderson said his accusers were being "unethical" and "dishonest." ABC15 reached Sgt. Bell by phone, and he declined to comment about the situation. Attempts to reach Officer Callender Tuesday were unsuccessful.
Mesa police officials declined an on camera interview about K-9 Jesse’s death, but the agency provided records of the investigation.

A police spokesman confirmed neither Bell nor Callender were formally disciplined in Jesse's case. However, Bell received verbal counseling about appropriate supervision. In addition, Bell and Callender are no longer with the K-9 unit, and both men are under internal investigation for unrelated situations.

Anderson was removed from the K-9 unit during the investigation. He retired from the Mesa Police Department after reaching a settlement with the city. Anderson declined to disclose the terms of the agreement. He told ABC15 he's heartbroken over the death of his partner. He also said he knew his dog has Valley Fever in 2017, but he had no idea Jesse had the health problems identified at his death.

After the investigation, Mesa police made policy changes. K-9s now must have air conditioning in their home kennels. Supervisors must make surprise kennel inspections and document them. In addition, trainers must make their notes within a week of their K-9 sessions. The changes are an attempt to better protect Mesa’s furry crime fighters.

ABC15 Investigator Melissa Blasius can be reached at melissa@abc15.com.