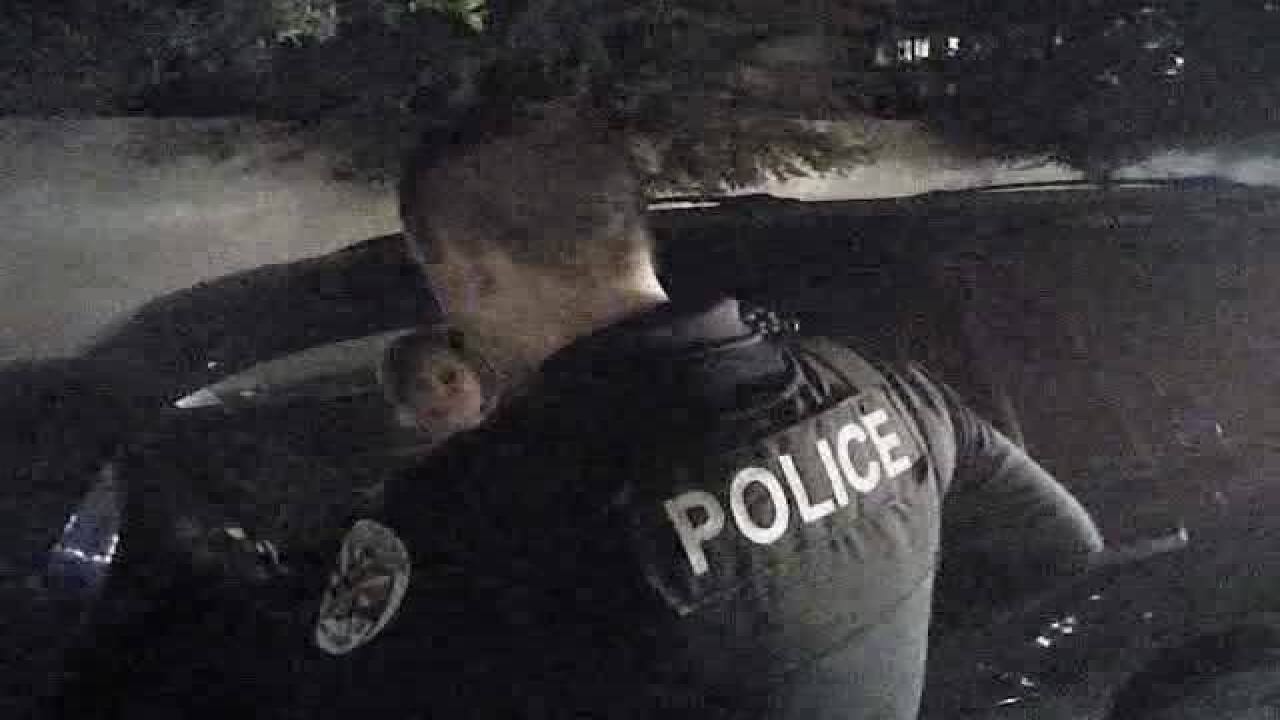 The Chandler Police Department is facing a federal lawsuit after a sergeant told his subordinates to “make a stretch” in order to file charges against a Valley man.

The entire incident and the sergeant’s comments were captured on body camera video.

ABC15 obtained the body camera video and hundreds of pages of documents through a public records request. The video contradicts some portions of the department’s official report and internal investigation.

It also raises questions about the Chandler Police Department’s ability to police itself, according to Luke Hein, who filed the lawsuit.

ASKED FOR HELP, THEN ARRESTED

In May 2014, Luke Hein was arrested after officers accused him of interfering with an officer’s investigation.

Hein’s ex-girlfriend, Zoe Shunick, had crashed a car into a tree at the couple’s apartment complex while driving drunk, records show. Shunick refused to exit the vehicle; and when Hein came outside to see what was going on, two Chandler officers asked him to help talk her out of the vehicle.

After Shunick stepped out of the car, one of the officers, Jeremy Logan, suddenly pushes her with two hands, causing Hein to react by saying “hey.”

The second officer, Brian Hawkins, then grabs Hein, slams him into the hood of the car and chokes him, the video shows. After it’s over, Hawkins tells Hein multiple times that he’s not going to charge him.

“I apologize things went the way they did,” the video shows Hawkins saying. He also said shortly later, “I’m not charging you with any crime.”

When getting briefed from Officer Hawkins about what happened, Sgt. Nocella said, “So he can go ahead and head to jail, right?”

As Hawkins responds by saying he doesn’t have a problem with letting Hein go, Nocella interrupts and said, “Once the handcuffs go on, he goes to jail.”

Nocella continues, “If you date an animal, this type of (expletive) happens. So if he decides to help an animal and not act like a law-abiding citizen, his sorry (expletive) goes to jail.”

“Hindering?” asks Officer Hawkins, regarding what charge they should place on Hein.

“Hindering, uh, not following or obeying, whatever,” Nocella answers. “You were here. If you can make a stretch, if he raises his voice above what mine is now, he goes for (disorderly conduct). But he goes in a patrol car going to jail in the next five (minutes).”

After an internal investigation, Sgt. Nocella was suspended for one day, records show. Officers Hawkins and Logan were cleared of any discipline.

However, during the investigation, some troubling new details were uncovered.

Read the internal investigation below:

After Hein’s lawsuit was filed, Sgt. Nocella approached Officer Hawkins and asked him why he was still wearing a body camera.

In an interview with internal investigators, Hawkins said Nocella “pressured” him to stop wearing it.

“He told me that these cameras will never help us they will only hurt us,” Hawkins said.

In an interview with ABC15, Hein said he believes Sgt. Nocella should have lost his job.

“He shouldn’t be in a position to tell other officers about how to make the law stretch,” Hein said. “For him to act like that, obviously he didn’t take his oath very seriously.”

ABC15 asked Chandler Police if Hawkins' claims against Nocella were investigated further. A spokesman said, “There has not been a subsequent investigation; it is closed.”

The department also said that Nocella was not referred to the Maricopa County Attorney’s Office for any Brady issues. The Brady List is an index kept by prosecutors of officers who have been found to have integrity issues.

The internal investigation also raises other questions about the department’s characterization of the incident.

Department reports repeatedly state that the Zoe Shunick “charged” at officers while yelling “get out of my car.” But the video shows the incident unfolding differently.

After Shunick exits the car, she takes a few steps and then raises her hands toward her head. Hein said, it appeared she was pulling her hair back behind her ears.

As she lifts her arms, Officer Logan pushes her, setting off the entire confrontation.

The video doesn’t appear to show Shunick ever charge Logan before his push or yell “get of my car.” However after the push, Shunick resists Logan’s attempts to place her under arrest.

The charge against Luke Hein was dropped once prosecutors released footage from the body camera, Hein said.

However, Hein said it took months for officials to release the video. Before they did, they continually tried to get him to take a plea deal, records show.

Hein’s lawsuit alleges eight different claims, including excessive force and unlawful arrest. The case is now before a federal judge, who will is weighing how many of the suit’s claims will go forward.

Chandler Police would not clear the officers named in the lawsuit to be interviewed by ABC15 because of the pending litigation.

Read a copy of the lawsuit below:

ABC15 also covered another controversial body camera incident by Chandler Police last year, when officers illegally entered the home of a naked woman and arrested her.

The incident made international headlines after the woman, Esmeralda Rossi, filed a lawsuit. The case settled earlier this year.