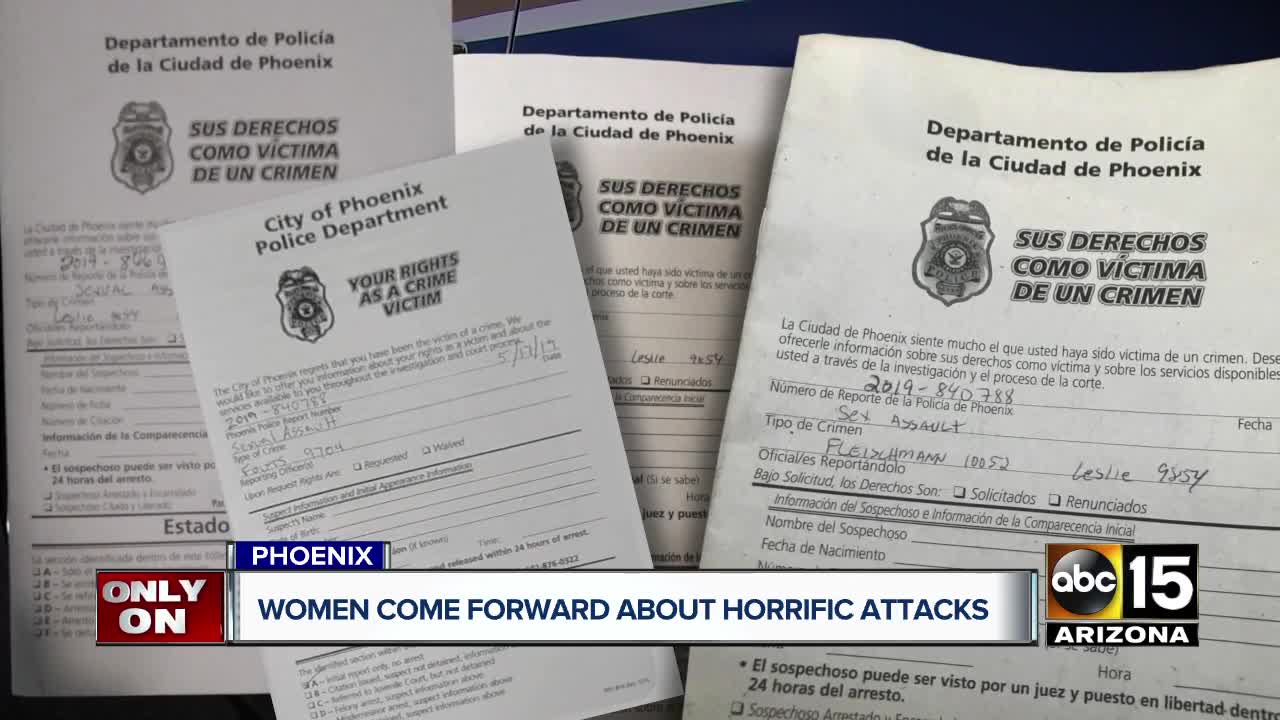 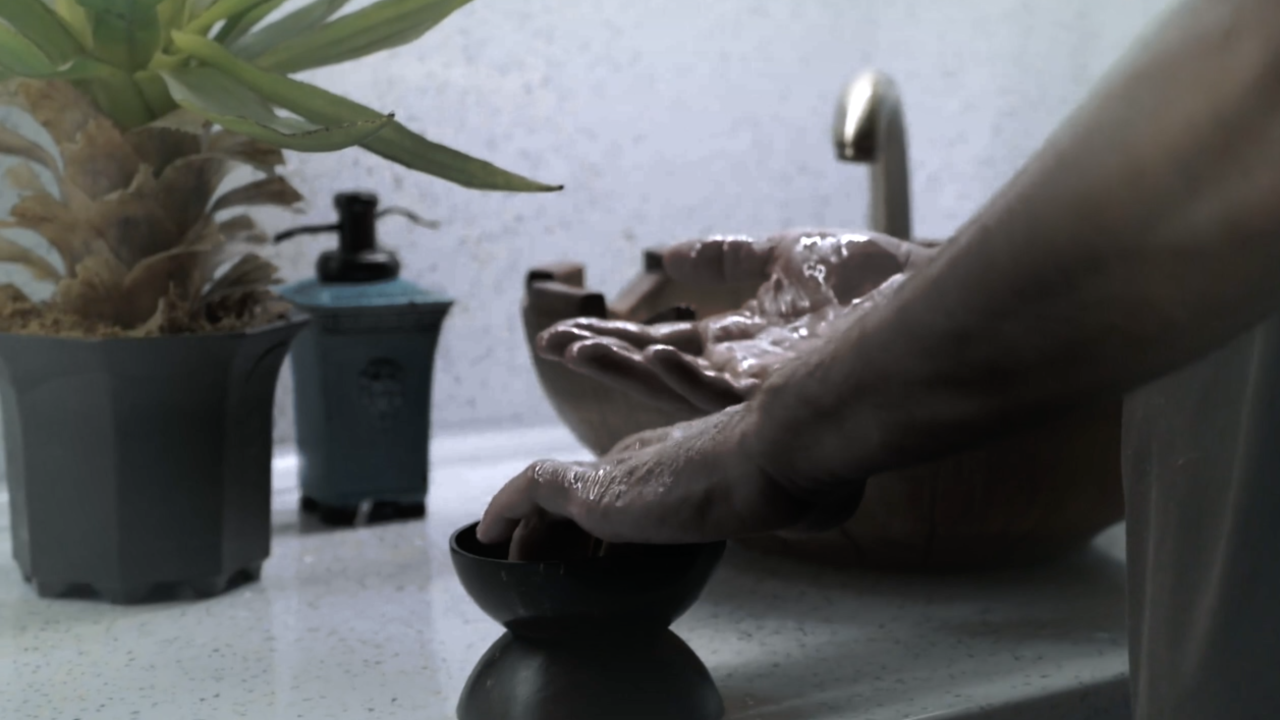 Four valley women claim to have been sexually assaulted in the home office of an 81-year-old ‘sobador’ in Phoenix.

For context, Sobadores are known in the Latino culture for performing massages and other healing techniques, usually acquired from generation to generation.

Three of the four women spoke exclusively to ABC15 to warn the public and to talk about why this potential serial predator should be out the streets by now. ABC15 does not identify sexual assault victims, but in this case three of the alleged victims asked to be identified.

Warning: the following content may be disturbing to some readers.

“I kept saying stop, stop, stop,” Stephanie Trujillo said. It was May 17 when she walked into the home office of a sobador to treat her back pain.

Trujillo said she knew he was an unlicensed masseur, but he was recommended by many friends and family members.

“He started massaging the inner part of my legs and I noticed he was going too far in. I was trying to get him off, but the more I moved to try to get off, the more he would penetrate his fingers into my vaginal area. He was holding me down to my stomach to where I was pressured from the waist down. I couldn't move,” said Trujillo.

It was thanks to a client who rang the doorbell, according to Trujillo, that she was able to escape, “Once he walked out the door, I got my clothes and rushed out of that room.” As she ran, she could hear him screaming at her, ‘I’m sorry, I’m sorry, I didn't mean to do that, please don't tell anybody about it.'

Trujillo said she immediately called the police and filed a report. An officer later drove her to a clinic for a rape kit.

Authorities cannot confirm the name of the man accused and thus is not named in this story.

But after a few days passed, police didn’t follow up with Trujillo, so she started investigating this man on her own.

“I created a Facebook post on a page I had, asking the community if they knew him, if something strange ever happened to them with him,” Trujillo said.

Trujillo says she was shocked to learn she wasn’t the first one, “Lots of people came out saying that he was known for being a nasty man for molesting people, my impression was like, oh my God, this has been happening for so long and nobody has come forward.”

Navarro said she was sexually assaulted by the same man on the same day as Trujillo, May 17, around noon, just hours prior to Trujillo’s alleged assault.

“He started massaging me from my neck down then I suddenly I felt him touching my private area,” said Navarro.

A third woman, Socorro Ramirez, also reached out to Trujillo in Facebook. “He kept going lower and lower until he reached my buttocks,” said Ramirez. She said her alleged assault happened in October 2018, and that “he got his hand in between my legs and touched me sexually on my genitals.”

Once the three women met in person with Trujillo, she convinced them to file a report, “so we can get this guy arrested so that we can get some justice.”

ABC15 has learned another person joined the three women in filing a report against this man.

With four reports accusing the same man of sexual assault, ABC15 reached out to Phoenix police to ask about the status of the cases and if an arrest or a warrant had been issued.

Sergeant Vincent Lewis told ABC15 the following: "As you could imagine, we arrest on probable cause, and a premature arrest or an incomplete case would not help bring justice to victims."

It has been three months since the women filed their reports. Trujillo says, “It's upsetting. They should have arrested him and questioned him, and they haven't done none of that.”

“Were they waiting for him to beat me up? Kill me? Kidnap me?” said Trujillo.

Navarro said she waited over two months to get an appointment for her initial interview with a detective. Tired of waiting, she decided to show up unannounced at the detective's office and invited ABC15 to go with her.

“It’s frustrating, it's been a long time and they're not giving us any solutions,” Navarro said. Within days of her visit, a detective took her statement.

In June, Trujillo learned that the man possibly fled the state. She immediately notified the detective assigned to their case, hoping they would quickly issue a warrant.

In an email provided to ABC15 by Trujillo, the Phoenix Police detective assigned to the case told her: “Ms. Trujillo, if it is true that he has fled, it does not change our approach to the investigation. Coordination is being conducted to interview the other victims and include those statements into the investigation. Once the other victim statements are obtained, if he has fled, the case will still be submitted to the County Attorney for prosecution.”

While the alleged victims waited for Phoenix police to continue their investigation, ABC15 visited the neighborhood where, according to public records, the alleged attacker has lived since 1999.

“All of a sudden, we noticed he wasn't around,” said Gloria Zapata, who claims to have been this man’s neighbor for the last 20 years.

The man moved out of the Phoenix home where the four women claim the assaults happened.

Public records show the home was sold in July. “They let him go and now who knows where he's at,” said Trujillo.

So, what's taking so long? Trujillo said police blamed the delay on a language barrier.

“I was told it's kind of hard to get a detective to translate for us,” said Trujillo.

She worries for victims whose first language isn't English, “Once [victims] don't find a response or they don't hear if the case is moving forward, they just let it go.” But Trujillo said that is not how it will be for her.

“I won't feel like myself until I know something is been done or he's been arrested.”

Trujillo told ABC15 that she notified the detective in June about the man possibly fleeing the State of Arizona, but it wasn’t until August that the search for him started. Phoenix police is now telling her that they were not able to locate the man in Arizona and that they believe he fled to California.

According to Trujillo, she was told their case will be referred to the Maricopa County Attorney.

ABC15 reached out to relatives, they confirmed Phoenix Police had searched their home looking for the man. They also confirmed he left the state.

If you think you are also a victim of this man call 480-witness. If you want to report an injustice email us at investigators@abc15.com