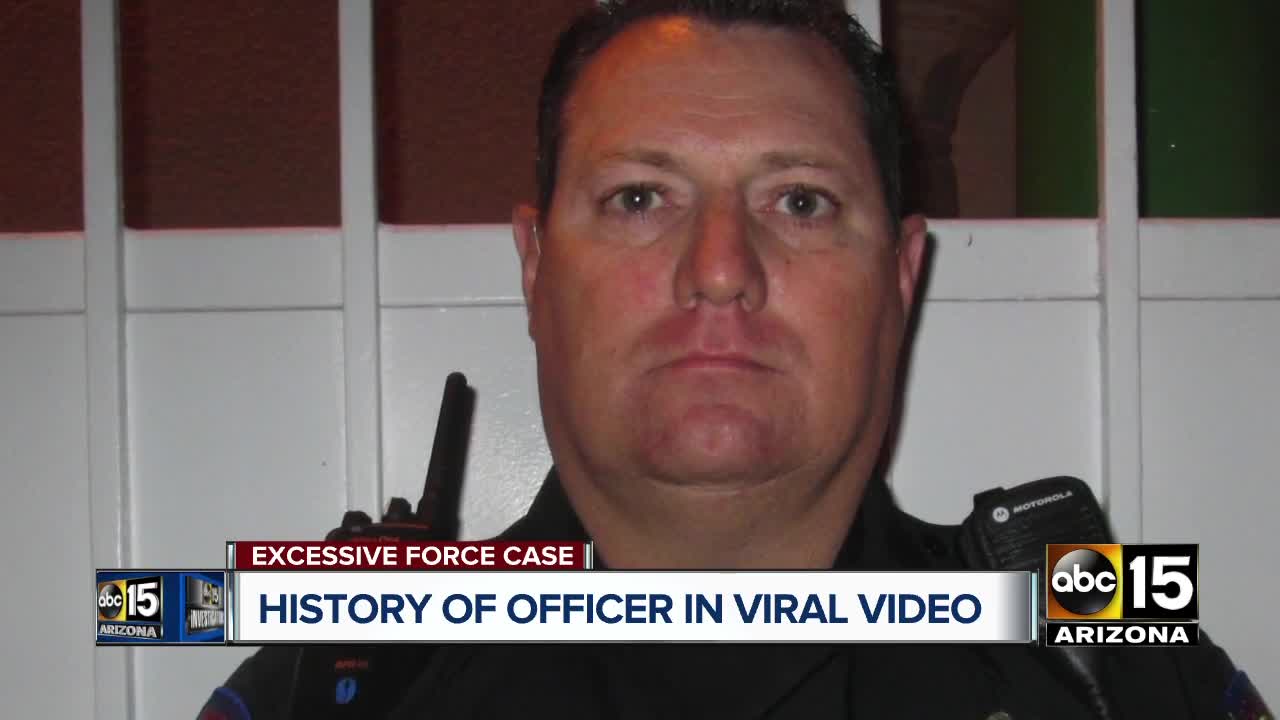 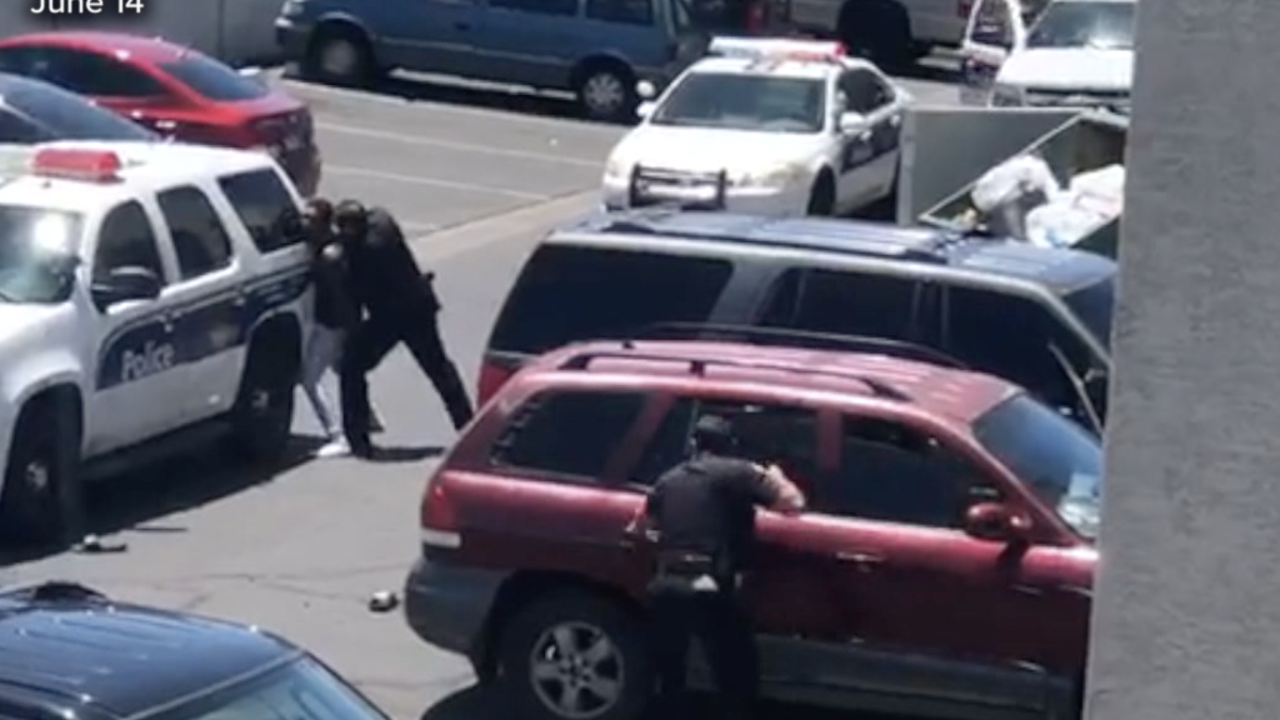 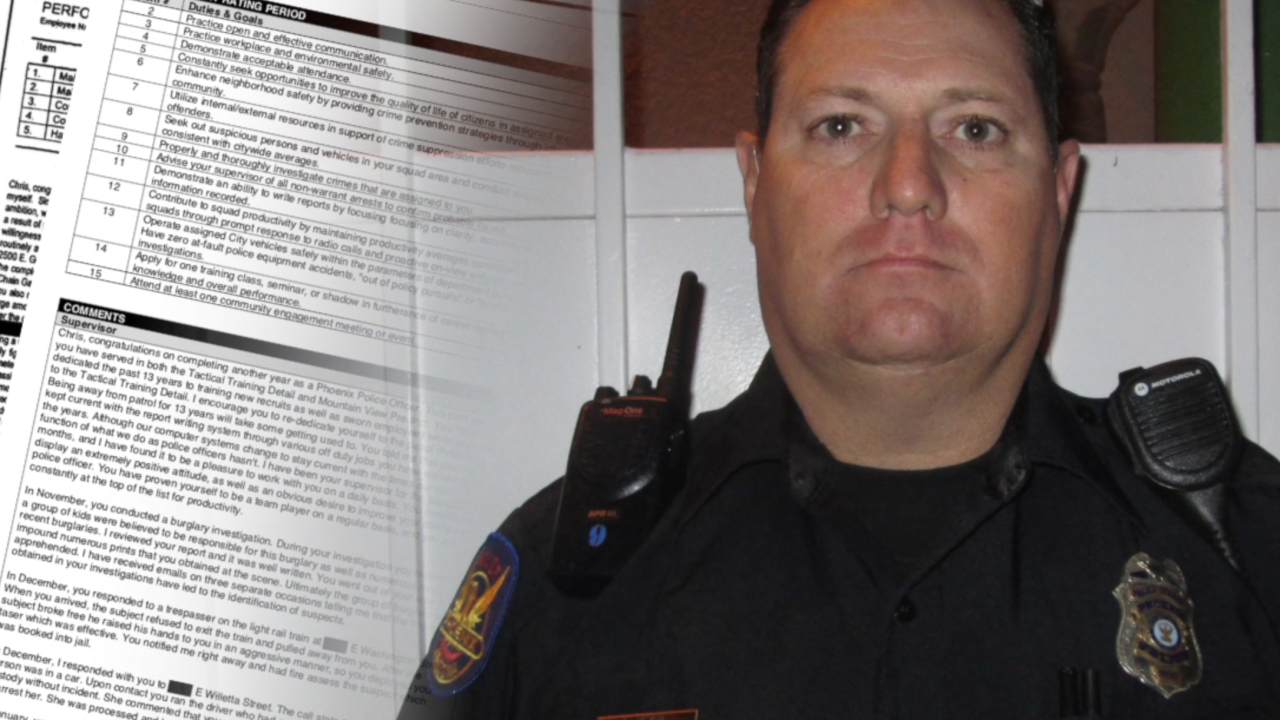 PHOENIX — Phoenix Police Officer Christopher Meyer had returned to a patrol job just months before he was accused of excessive force in a 2019 shoplifting incident, according to personnel records obtained by the ABC15 Investigators.

The 400 pages of records reveal other use-of-force investigations on the veteran officer and a lengthy list of commendations.

Officer Meyer had worked as a firearms instructor at the Phoenix Police Academy for 13 years before being reassigned to a patrol unit in late 2018. In his performance evaluation dated this month, a supervisor commends Meyer, writing "you are willing to take any call, anywhere and assist anyone." Meyer, himself, responded, "I have enjoyed the challenges that I have faced in regards to coming back to patrol."

The performance evaluation said Meyer met expectations in all categories. It does not mention the excessive force claim from Dravon Ames and his fiancee pregnant Iesha Harper from May 27. The couple said Meyer yelled obscenities at them, held them and their kids at gunpoint, and unnecessarily kicked Ames. Meyer was investigating a shoplifting report. Officer Meyer is the subject of an internal affairs investigation related to the case, which has not been completed. It's unclear why this incident, which has been the subject of international scrutiny, was not mentioned.

Meyer had been investigated before for his actions, both on duty and working off duty in uniform. According to a prior performance review, Meyer received a complaint in 2000 "for excessive force during an arrest off duty." The documents do not provide many details. They do say the allegation was "unfounded," but Meyer failed to notify his supervisor.

On August 28, 2002, Meyer was involved in a "police shooting while working off duty, but his actions were found to be "in policy." The released documents do not include details. However, an ABC15 report from the same day in 2002 said an off duty officer working at a Dillard's tried to arrest a man and woman for shoplifting. According to the ABC15 story, the officer was wrestling with the man in a parking garage when the woman started driving the car toward both men, and the officer fired his gun. The woman was injured but did not have a gunshot wound.

ABC15 has previously reported that Meyer was also accused of excessive force, but later cleared, after pepper-spraying a young man during an off-duty job at Castles N' Coasters in 2018.

The only formal reprimand Meyer received, according to the documents released, involved a 2001 car crash.

Over the years, Meyer received praise from citizens and supervisors for his strong work ethic, positive attitude, and effectiveness in solving crimes and making arrests. For several years, he was also recognized for using no sick days. Supervisors criticized Meyer early in his career for failing to "improve the quality of reports and the number of errors." He was also told to "take the time to analyze before reacting so quickly" to improve his judgment.