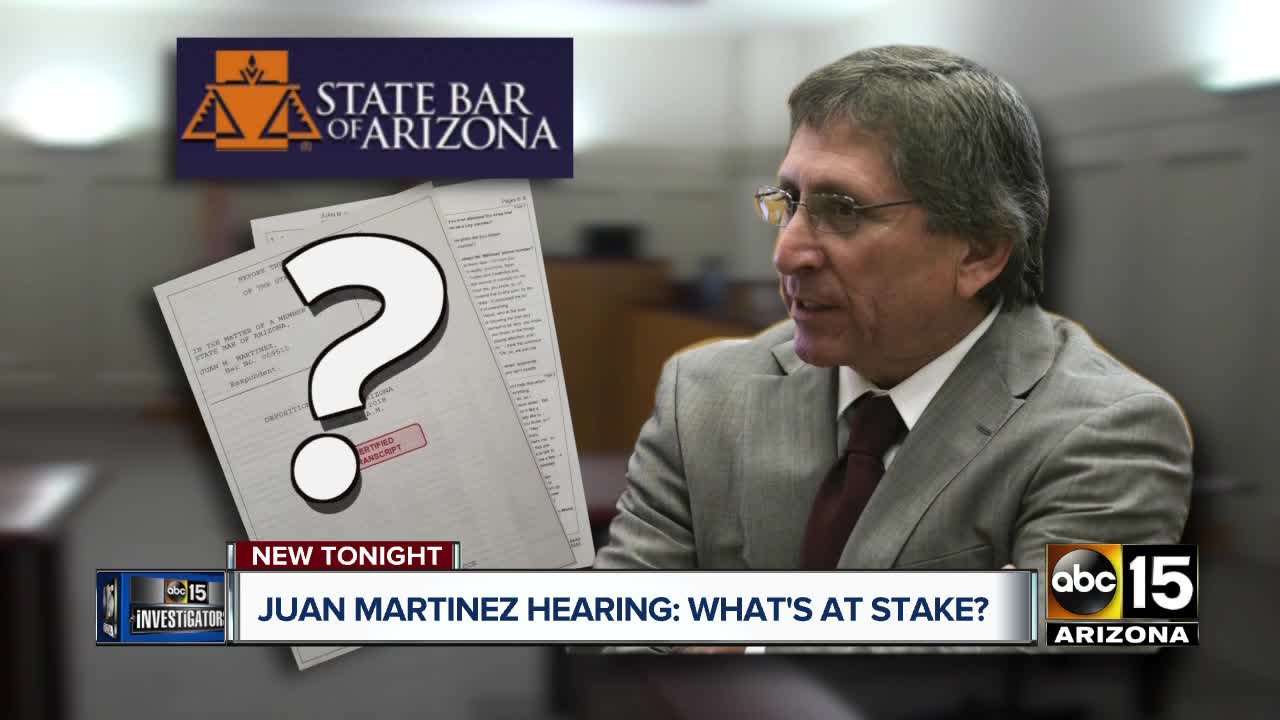 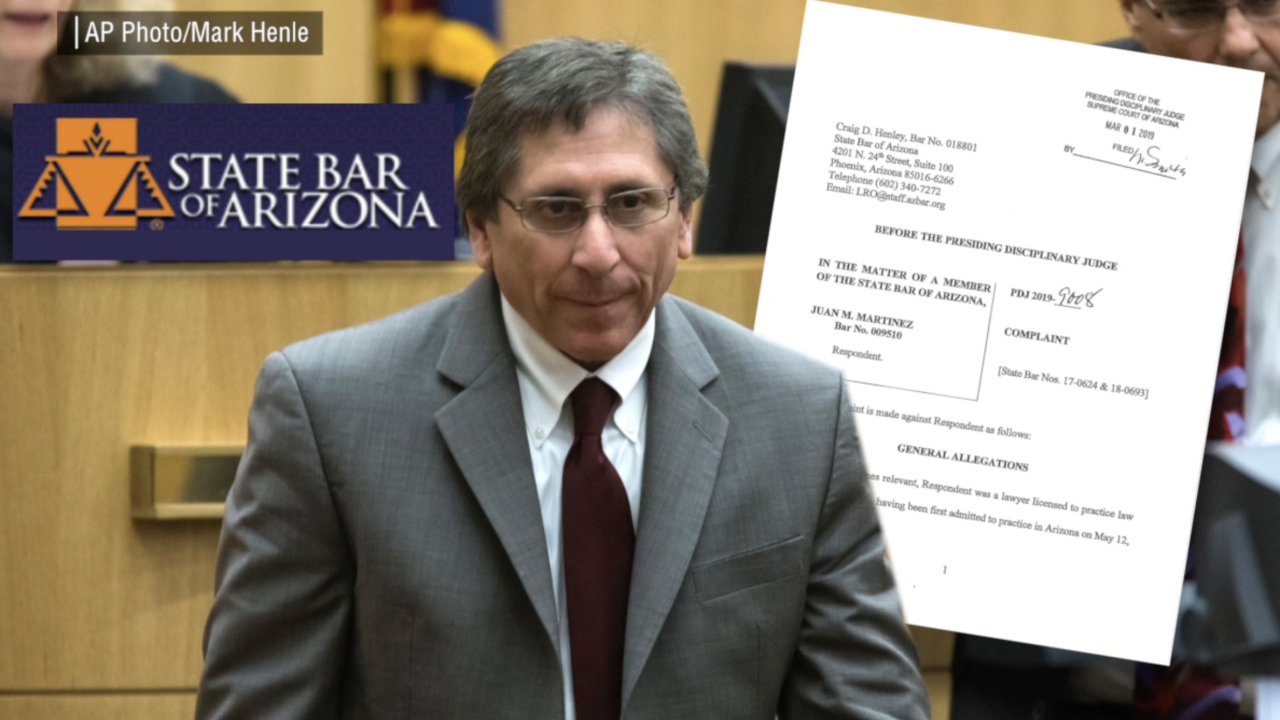 PHOENIX — It is a disciplinary case filled with embarrassing personal details, outlining the sex life of a star prosecutor at the Maricopa County Attorney's Office.

Juan Martinez became a household name during the Jodi Arias murder trial. Martinez is now facing a disciplinary hearing. He is accused of ethical violations during the Arias trial, most of them involving his conduct outside the courtroom.

Over the last couple years, there have been attempts to keep a lot of the details out of the public eye by State Bar of Arizona attorneys and Maricopa County Prosecutor Bill Montgomery's office.

So much of the paperwork in this case, has been sealed some, according to State Bar of Arizona documents, at the request of the County Attorney's Office and Martinez himself. This includes depositions with many of the people involved in the case, including a dismissed juror.

Some of this testimony includes allegations that Martinez made sexually inappropriate comments to female law clerks in his office, and had inappropriate contact with a dismissed juror who later texted nude photos of herself to Martinez.

The ruling didn't explain O'Neil's reasons for throwing out the two allegations. The judge is expected to explain his reasons in a future filing.

Juror 3 admits she was the one who initiated the communication. She describes their texts as "flirty," and said she sent nude pictures of herself to Martinez after he told her he was a "breast man."

In her deposition, Juror 3 also describes a 50-minute long conversation she had with Martinez during which he called her "deep throat," referring to the confidential informant from Watergate. Juror 3 says Martinez asked her how members of the Arias jury were feeling and which way they seemed to be leaning.

ABC15 reached out to Juror 3, whose identity we are not releasing. The woman sent us a statement saying she was upset to hear that there was a possibility that she may not get to share her full story at Martinez's disciplinary hearing.

Juror three states: "I think in dismissing my testimony it further shows the boy's club mentality, it allows them to take the focus off the actual issue. The pieces all tie together and clearly his strategy is to remove as many pieces as possible. I'm disappointed at the poor representation of what the justice system should look like because this is not it."

To the public, the Arias trial was about a brutal murderer and a fiery prosecutor who wanted to sentence her to death - but for many lawyers who care about ethical conduct inside a courtroom, this was also a case involving a prosecutor they say crossed the line.

"When I think of Juan Martinez, I think of someone who seriously misunderstands his role as a prosecutor in his state," said Karen Clark, a legal ethics attorney who now represents Arias. Clark filed the first bar charges against Martinez, which were dismissed, then brought back up again, as new information surfaced

The allegations include Martinez allegedly having sex with a social media blogger who was covering the Arias trial. Martinez is accused of leaking sealed information to the blogger including the name of a juror who was a hold out against Arias getting the death penalty.

There is much at stake with the Martinez hearing. County Attorney Bill Montgomery is a finalist for the State Supreme Court. The verdicts in many felony cases tried by Martinez could be challenged, and most importantly, the integrity of the State Bar of Arizona and it's the ability to police its members to ensure a fair and ethical process for all is also under intense scrutiny.

ABC15 has been informed that the hearing will be delayed. A status conference is expected to determine the next steps Tuesday.