Police and the Punisher: Use of character's image triggering backlash 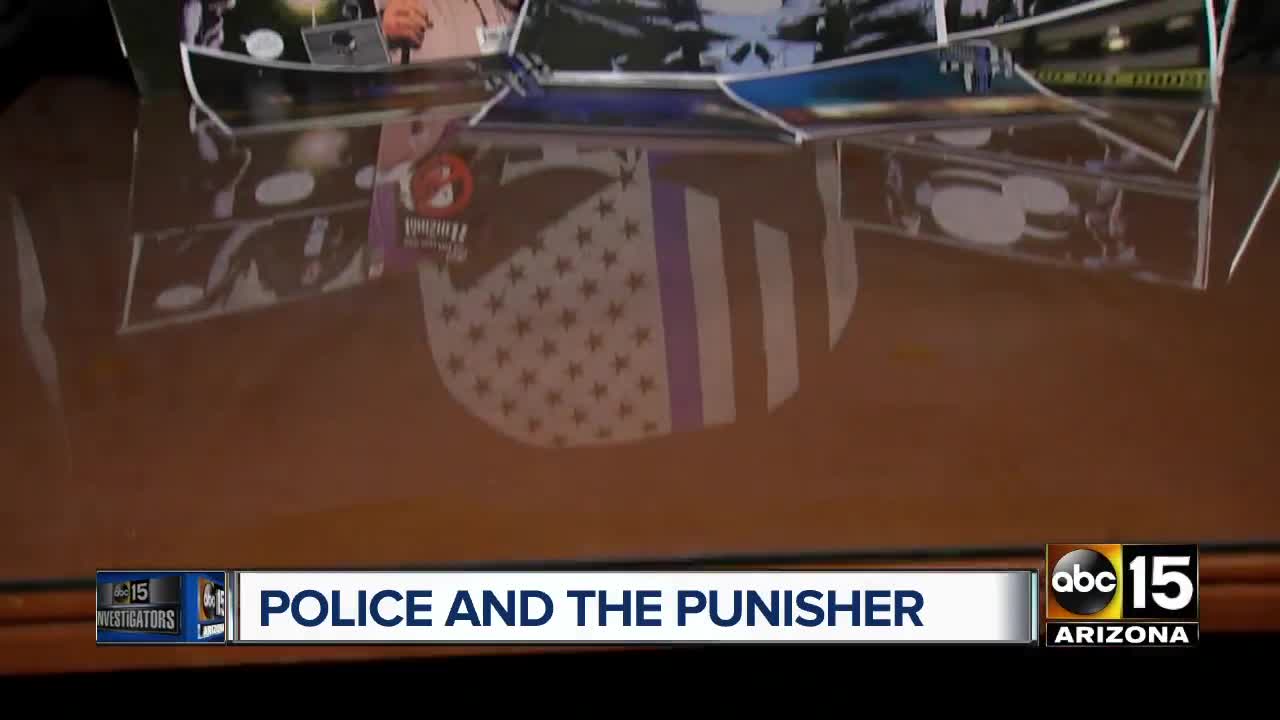 Police officers who display Marvel Comics' Punisher skull as a symbol of justice, could be sending the opposite message to communities concerned about police use-of-force and violence. Police officers who display Marvel Comics' Punisher skull as a symbol of justice could be sending the opposite message to communities concerned about police use-of-force and violence.

In Marvel Comics, the Punisher's family is murdered, which pushed the Marine to seek vengeance by hunting down and killing criminals. As a vigilante, he seeks justice outside of the rules governing law enforcement.

"Sometimes they [police officers] feel like, you know, 'I'm working in a dangerous environment every day, and no one's supporting me,'" said Arizona State University Professor William Terrill, an expert on police culture. "They feel compelled to find this external support mechanism and, in this case, The Punisher."

The Phoenix Law Enforcement Association, a union for rank-and-file officers, is now giving away "thin-blue line" Punisher skull stickers. This comes just months after a handful of Phoenix officers felt backlash for posting the Punisher skull logo on their social media pages. The Plain View Project exposed them and other officers across the country whose posts seemed to promote violence or hate.

"Our fear is that people out there on the street won't know that the police department is there to protect them," said Plain View Project's Emily Baker-White in a June interview with ABC15.

Terrill is concerned officers "that would idolize The Punisher would be potentially prone to violating the law and going overboard and violating their legal protections." He said the danger is officers who view the community as "us-vs-them." However, he believes only a small subset of all police officers have that mindset.

In a recent issue of The Punisher, the character told officers, "We're not the same. You took an oath to uphold the law. You help people. I gave that all up a long time ago." The Punisher suggested police seek out Captain America as a role model instead.

The ABC15 investigators emailed twenty law enforcement agencies about policies on The Punisher.

An Apache Junction Police spokesperson told ABC15, "The 'Punisher' logo or any variation thereof is not authorized or supported by the chief of police or any of his designees."

Several other agencies sent copies of their policies. They did not specifically exclude The Punisher, but they only allow specific authorized images on police equipment, vehicles, and clothes. Policies are less specific when it comes to social media or personal cars.

"You can see agencies across the country struggling with an officer’s First Amendment right to express themselves outside of work, as well as our ability to regulate things that imperil our ability to connect with our community," Mesa Police Commander Ed Wessing said.

A spokesman for PLEA said the union plans to keep giving away Punisher stickers. He explained both officers and the comic book character represent justice, and that's where the linkage ends.