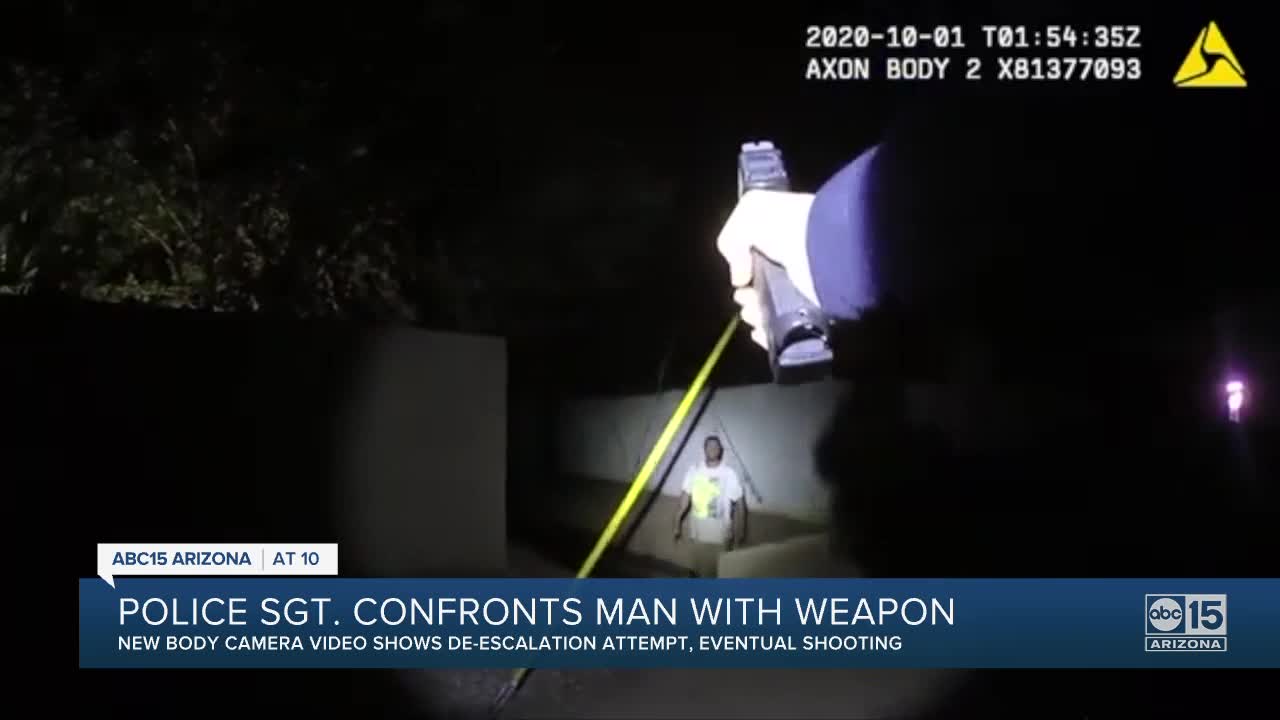 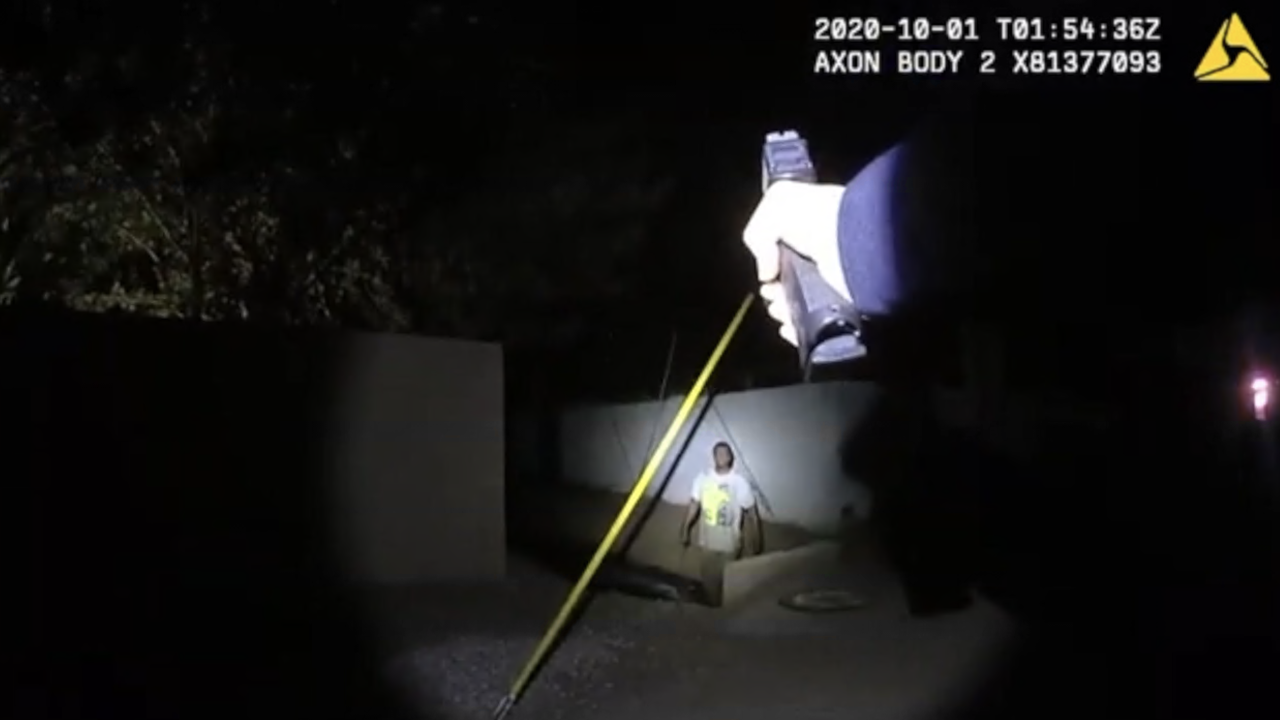 PHOENIX — The Phoenix Police Department has released video showing a sergeant trying to calm down a man with a tree pruning saw prior to shooting him last month.

Sgt. Virginia Bolenbaugh was the first responder to reports of a man assaulting people and damaging property along the Arizona Canal path near 44th Street and Camelback Road.

She chased 38-year-old Khambrel Sharp, and when she catches up with him, she finds him lying in a ditch with a tree pruning saw.

The video shows Sgt. Bolenbaugh attempt to de-escalate the situation by encouraging the man to keep lying down, to drop the weapon and talk to her. Instead he stands and starts walking out of the ditch toward her.

“She is a hero,” said retired Phoenix Assistant Police Chief Andy Anderson. “She didn't hesitate. She went out there to protect that community by herself.“

Sgt. Bolenbaugh fired two shots. Sharp was hit in the legs and is recovering. Court records show he has a history of mental illness and substance abuse.

The sergeant told investigators she used her training for dealing with people in crisis. She said she had no other options than to shoot.

“In my mind, I am like he cannot come closer to me; he cannot walk towards me; he cannot close the distance on me because I have nowhere to go,” Bolenbaugh said in a recorded police interview.

Like all Phoenix police shootings, this one will be reviewed by the department’s professional standards bureau and the Maricopa County Attorney.