MCSO: Man rescued and being evaluated after falling in mine shaft in Gila Bend
NewsLocal NewsInvestigations

Outrage over gang charges for police protesters in Phoenix 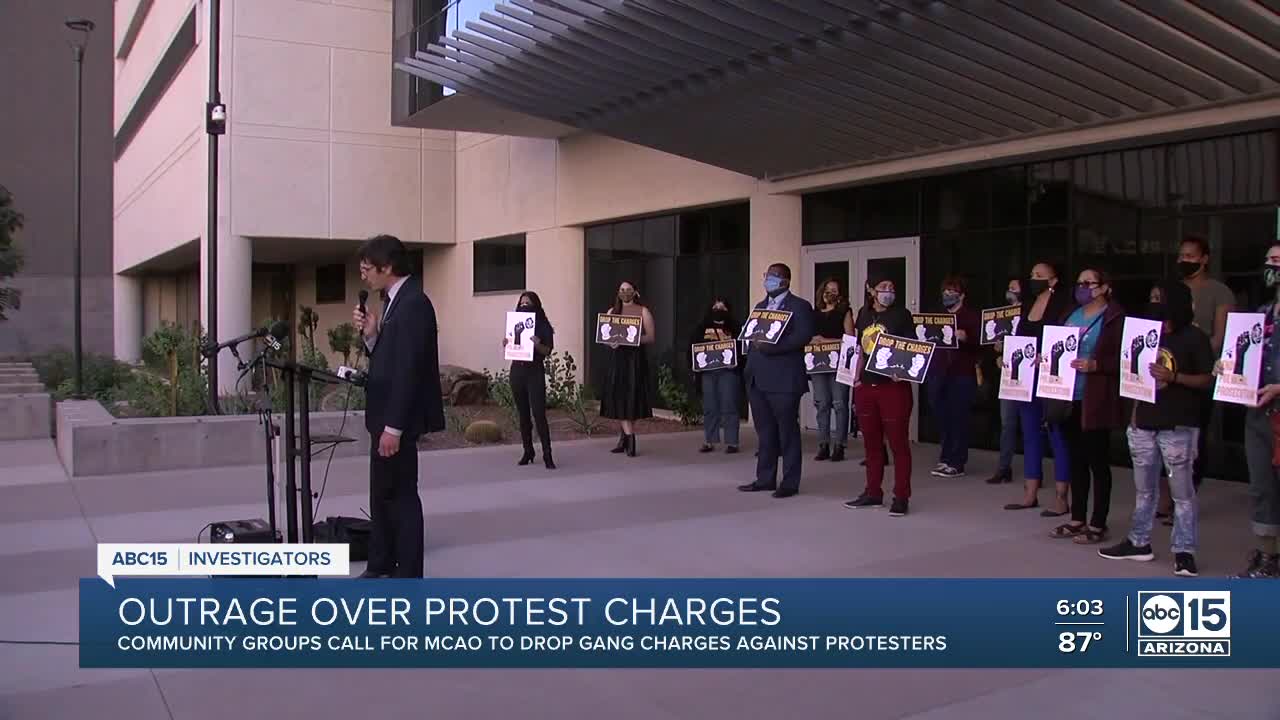 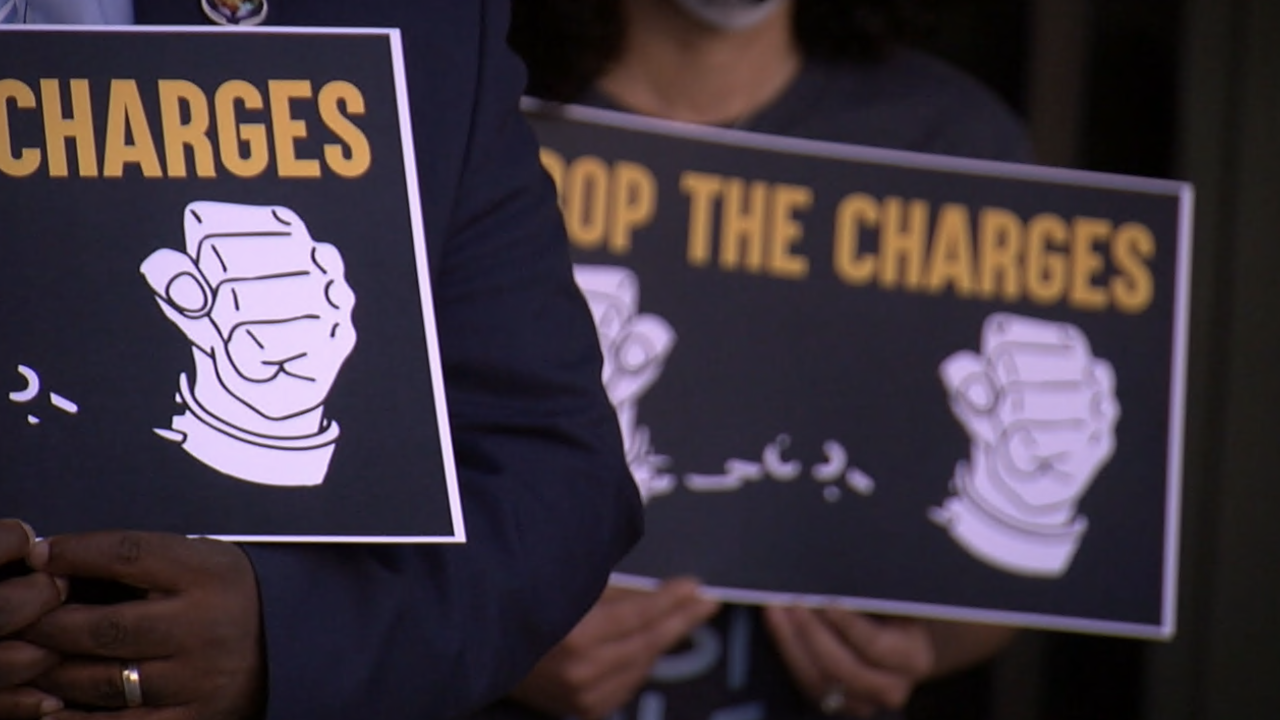 Specifically, the group called for MCAO to drop a controversial set of street gang charges against protesters after arrests last month.

“Make no mistake, these are political prosecutions,” said Jared Keenan, an attorney with ACLU Arizona. He continued, “Filing trumped up charges of gang affiliation against those who the office views as their political rival has absolutely no place in a free society.”

Watch the press conference in the player below.

MCAO added gang-related indictments against more than a dozen defendants, who were already facing additional charges related to an October 17 protest and others earlier in the year.

During an evidentiary hearing to determine if one of the defendants should be released on bond, prosecutors and police laid out some of their evidence and claims against the group.

The street gang charges are based on the group’s common use of the phrase “all cops are bastards,” the fact they all dress in black, and carry umbrellas.

Police testified the group used the umbrellas to attack officers, conceal their activities, and further their criminal activities.

“Absolutely beyond the pale,” said Julie Gunnigle, an attorney who just lost a narrow race against County Attorney Allister Adel. “The criminal gang enhancement was never designed to be used against First Amendment protected activity.”

Backed by county prosecutors, Phoenix police have been accused of targeting specific protesters and community activists throughout the year.

In response to the press conference, Phoenix City Councilman Carlos Garcia also released a statement that called for charges to be dropped,

Here is our statement on the unjust protest arrests. pic.twitter.com/VQwa005aDi

“It is unacceptable for governments to use the criminal legal system illegitimately to silence, intimidate, and jail First-Amendment demonstrates [sic] whose message they may disagree with,” Garcia wrote. “It’s an abuse of power. It is political persecution. It is undemocratic.”

ABC15 reached out to MCAO for comment following the press conference.

A spokesperson sent a lengthy response challenging the description of the accused as “protestors,” and said the office cannot provide details about the evidence that supports the grand jury indictment. MCAO denied the prosecutions were political.

Under the shadow of one of the office’s administrative buildings, Rev. Reginald Walton also said despite Allister Adel’s recent victory, they will continue to push for change and accountability.

On October 27, 2020, a Maricopa County Grand Jury issued indictments on fifteen individuals for incidents that occurred on October 17, 2020. The indictment is for several crimes, including conspiracy to commit assault, riot, and assisting a criminal street gang. The attached Grand Jury Indictment outlines all charges.

While some will attempt to describe these defendants as “protestors,” a grand jury found probable cause to *charge this group with crimes, including the planning of violence.

Ethical rules regarding trial publicity prohibit MCAO from trying this case in the media or saying anything that might influence a jury in these cases. Therefore, we cannot provide details about the evidence that was presented to the grand jury.

The Maricopa County Attorney’s Office is responsible for felony criminal prosecution in Maricopa County. This office does not condone or support political prosecution of any kind and we encourage members of this community to lawfully exercise their first amendment rights regardless of the cause.

As County Attorney Adel has publicly stated numerous times, MCAO is committed to protecting the safety of everyone in this community, law enforcement and demonstrators alike. While we fully support the rights of everyone to exercise their first amendment rights, we will not allow violence to take over our streets.

*A charge in a crime is merely an accusation and the defendant is presumed innocent until and unless proven guilty.