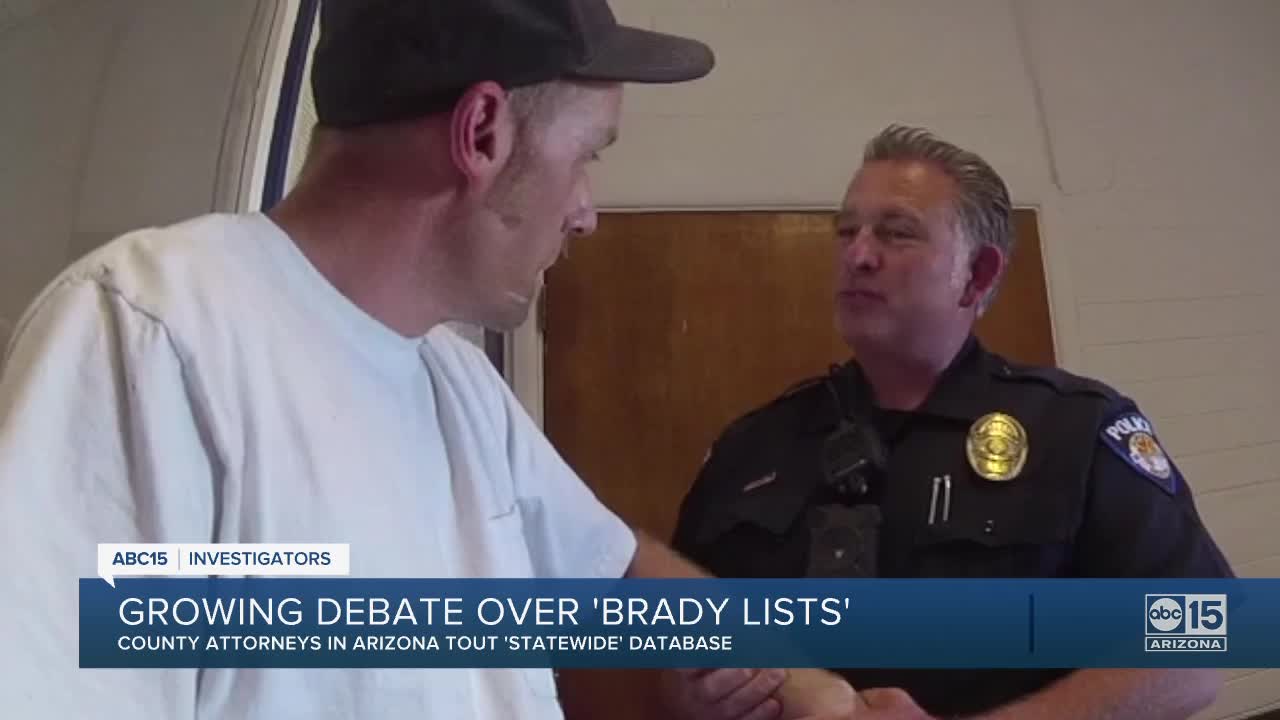 A coalition of Arizona’s top prosecutors are touting the release of a new “statewide officer integrity database” as a major step in improving transparency and justice.

A coalition of Arizona’s top prosecutors are touting the release of a new “statewide officer integrity database” as a major step in improving transparency and justice.

The Arizona Prosecuting Attorneys’ Advisory Council confirmed only eight prosecutorial agencies submitted information for the database out of the state’s 15 counties plus the Arizona Attorney General’s Office.

A council of County Attorney's in Arizona just sent out this press release touting a new "statewide" officer integrity database. It's a "Brady" list database.

They've been promising it for a couple years.

In a press release, APAAC’s chair, Yavapai County Attorney Shelia Polke wrote, “We are excited to be the first state in the nation to create a statewide officer integrity repository.”

APAAC first announced plans for a database more than two years ago.

Some APAAC members have spoken about the list in response to ABC15’s “Full Disclosure” investigation, which examines problems with the state’s Brady list system.

Prosecutors keep the lists to track officers with histories of dishonesty, crimes, and other integrity concerns so those issues can be disclosed to defendants.

Brady lists get their name from the 1963 U.S. Supreme Court decision in Brady v. Maryland.

The court ruled that prosecutors are required to automatically turn over all exculpatory evidence in criminal cases.

Earlier this year, due to a lack of transparency and a legislative attempt to seal the information, ABC15 had already published a searchable database of every law enforcement officer on a county Brady list, current as of mid-2019.

The station’s database was first published in February.

Through a series of public record requests, ABC15 requested Brady lists from every county in the state. The station also obtained thousands of pages of police misconduct cases, personnel files, and a database with every state police board case for the past twenty years.

ABC15’s unprecedented database contained roughly 1,400 law enforcement officials. By cross-referencing the names to a roll of certified officers from AZPOST, it shows at least 220 officers were still on the job.

It’s a simple name search that requires both an officer’s first and last name.