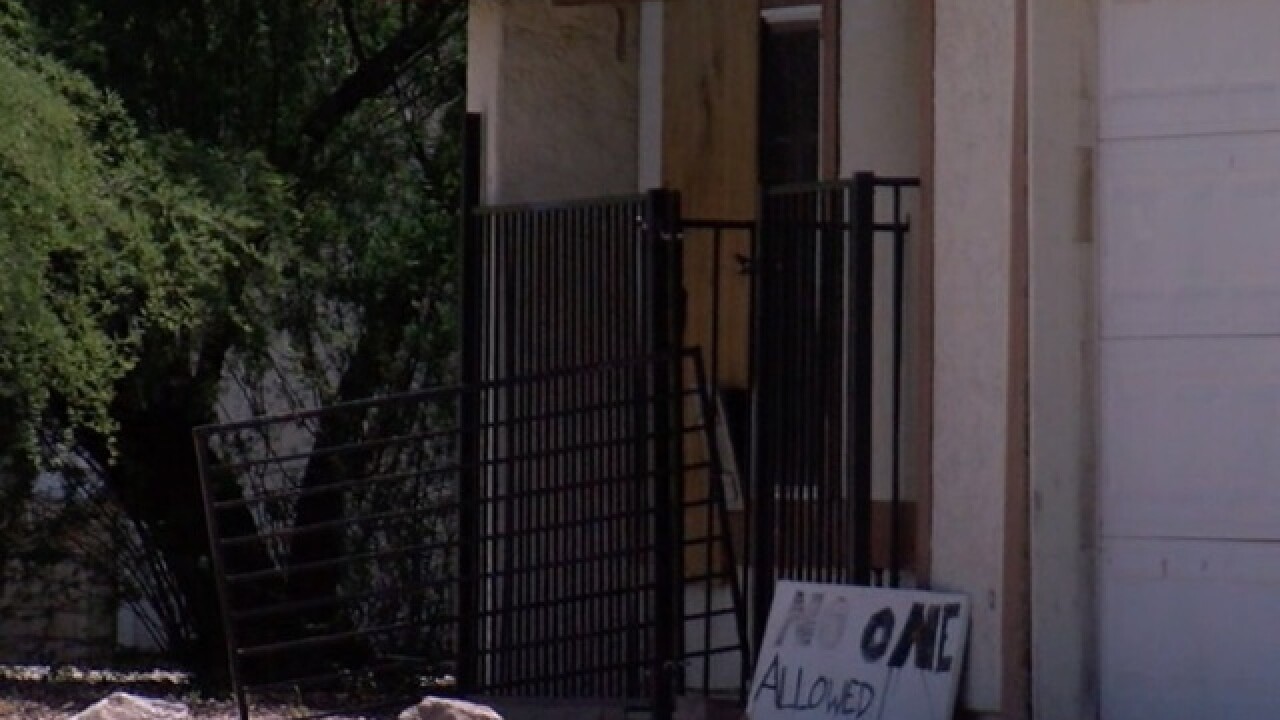 Imagine living next door to this: https://youtu.be/PbYVVOZw-N0

It’s the everyday reality for Valley residents who live on a stretch of Juniper Avenue, near 49th Avenue and Bell Road.

“It’s been crazy,” said Michael Ormandy. “The kids are scared to go out. The wife is terrified.”

The house in those videos is a regular location for drug-related activity. It’s a problem that’s been going on for years.

Those videos above – not taken by police. It’s all taken by residents in the area who have become desperate to stop the illegal activity.

They’re also fighting back in a very public way: YouTube .

“We’re going to get all of the evidence we can and share it with law enforcement,” Ormandy said.

Ormandy lives directly to the east of the home.

He’s got four cameras and a microphone pointed on the house. There’s a sign clearly placed out front: “Warning. This area is under 24 hour surveillance. You are being watched.”

(Other residents in the neighborhood have cameras, too).

Inside his living room, Ormandy showed us his large collection of videos that document activity that he said is illegal, dangerous, and suspicious.

“These are the kind of things kids in the neighborhood see,” said Ormandy while showing a video of a woman stumbling out of the home. “This lady is coming out with a tourniquet on.”

While the footage gives the world a look at what it's like to live next door to this one "drug house", experts said it also broadly symbolizes how drugs impact communities, ruin lives, and strain police resources and the legal system.

“There’s a lot of this activity out there,” said Rob Robinson, a retired Phoenix police lieutenant, who now works as a consultant. “I would say hundreds.”

By hundreds, he means drug houses in Phoenix.

Robinson spent the last years of his career running a street narcotics unit and said that drug activity drives up violent and property crime in nearby areas.

“These investigations take a tremendous amount of time,” he said. “There’s just not enough police officers, prosecutors, and jails to go around and take care of these drug offenses.”

Since 2014, Phoenix police have received more than 100 calls for service related to the home, records show.

The calls include fights, stolen vehicles, domestic violence, and drugs.

While residents are split in their view of the response by Phoenix police, the department has invested resources and manpower to deal with issues at the home.

In the past six months, investigators have raided the home multiple times and made several arrests. The department also submitted the residence to the Maricopa County Attorney’s Office for asset forfeiture.

But the forfeiture request was turned down, officials said.

A spokesperson for the Maricopa County Attorney’s Office declined to discuss specifics of the case but said that prosecutors did place a “racketeering lien” on the home instead.

“I’m not blaming the guys on the street,” Ormandy said. “I just hope nobody loses their will that’s involved in the process. This home needs to go.”

The home is owned by a man named James Allen. His son Christopher was arrested during one of the raids for possession and lying to officers, court records show.

Neighbors said Christopher Allen is a central source for the problems at the home.

When a reporter knocked at the door, Allen agreed to come out and speak with ABC15. He called the surveillance on his home “ridiculous.”

Allen claimed no one has been selling drugs out of the home since late January. When asked if he was “clean,” he admitted to using meth and marijuana within the last week.

“It’s not a good life,” Allen said in one of the more serious moments during the interview.

In a 15-minute conversation, Allen’s demeanor shifted repeatedly. Sometimes acknowledging the trouble his home has brought to the area, other times making light of it.

“You youngsters, don’t go f***ing around with drugs,” he said laughing. “This is what it leads to.”

Some of the videos show a constant flow of people coming and going from the house. On May 2, there were 100 visits alone.

Allen said those are just “dope sick” people looking to score drugs. But again, he claimed no one is dealing out of the house.

When confronted about a terrifying incident last month involving a man armed with a hammer and dog banging on his front door, Allen downplayed it.

He said he was going to get in a fight with someone and that his friend “Joe” came over to help him.

“He’s just looking out for me, worrying,” Allen said.

When told by the reporter that fighting someone with a hammer is a crime, Allen responded, “he wasn’t going to.”

The neighborhood wants Allen to leave. He knows it.

Allen wants to leave, too.

“We’re selling our house to get out of here to appease our neighbors,” he said. “I want to get my life back to normal.”