ICE Detention Center in Eloy one of the most affected by COVID-19 in the U.S. 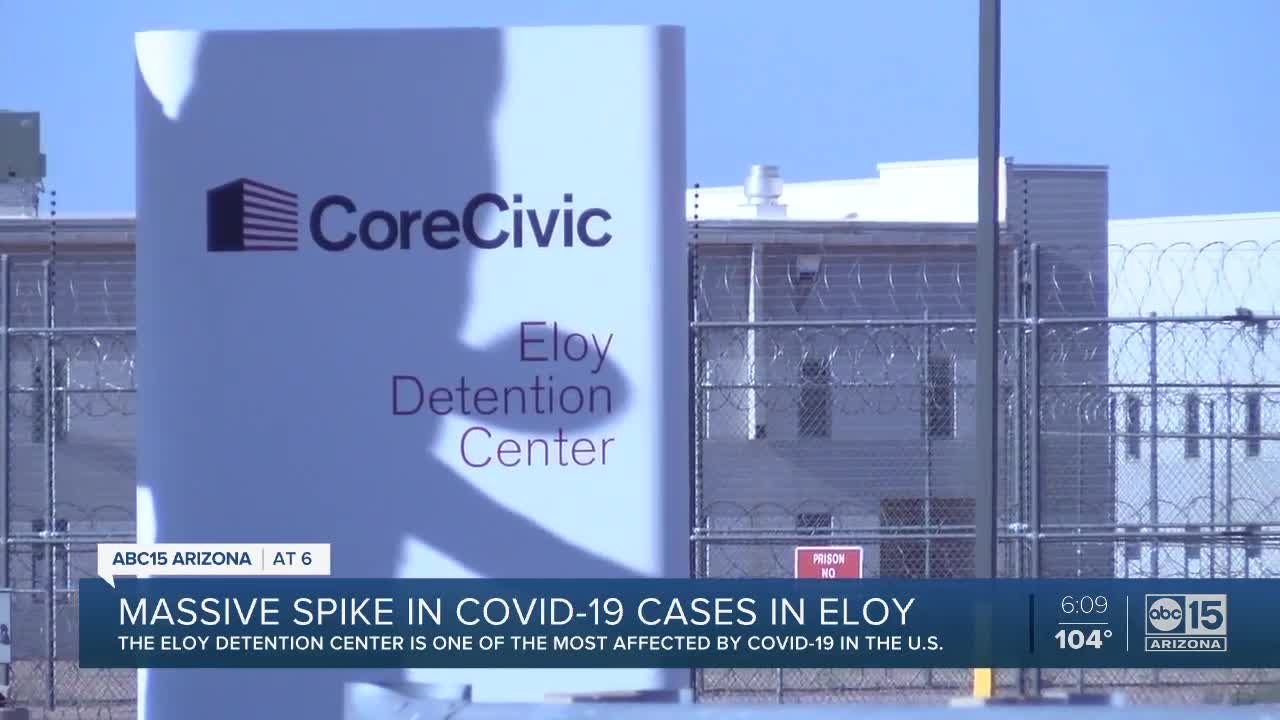 Eloy Detention Center is one of most affected by COVID-19 in the U.S. 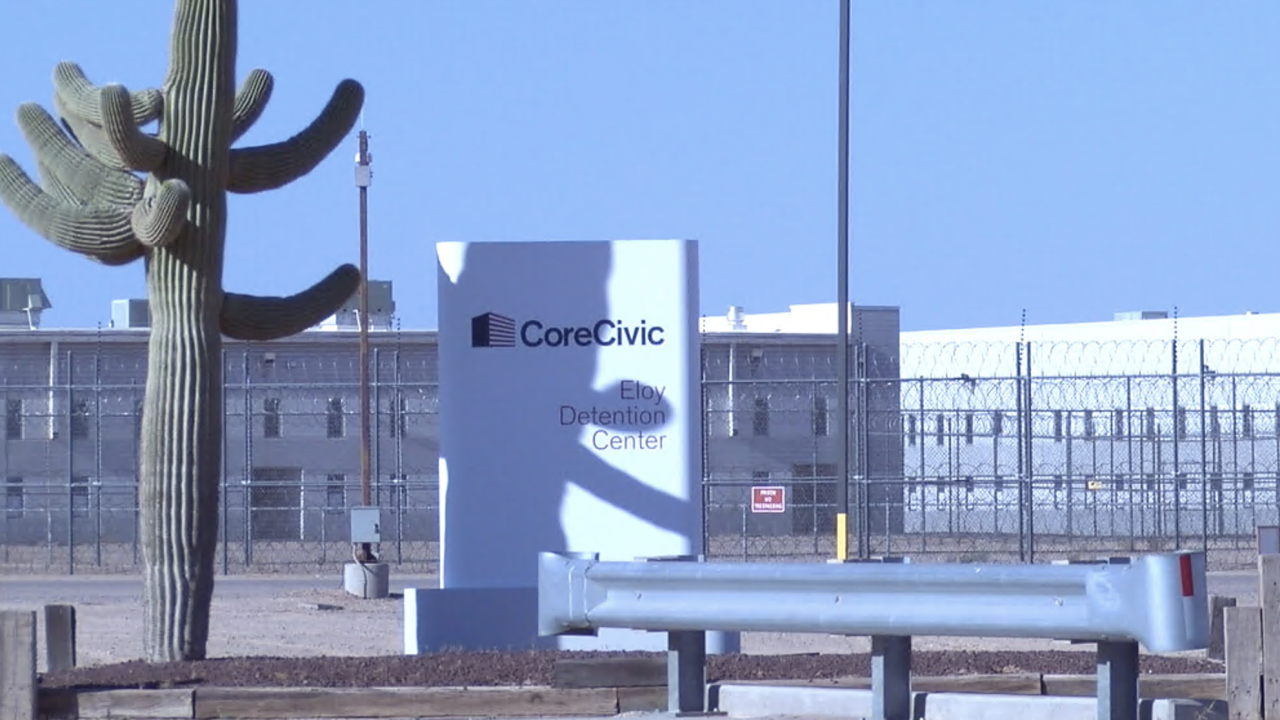 ELOY, AZ — Coronavirus cases have climbed rapidly at the Eloy Detention Center in just the past week.

As of June 16, 132 detainees have tested positive for COVID-19. According to the U.S. Immigration and Customs Enforcement website, that is an increase of about 100 cases from the week before.

The new data ranks the Eloy Detention Center as having the second-highest number of confirmed coronavirus cases of detainees among ICE detention centers in the country.

Only Bluebonnet Detention Facility in Texas and Otay Mesa Detention Center in San Diego have more with 164 reported cases.

Now, CoreCivic, the private company that runs the facility, has confirmed to ABC15 that a Senior Correctional Officer at the Eloy Detention Center has died from COVID-19 related issues.

“I’m in a situation and I'm having to hear this stuff and knowing that my wife is there and there’s nothing I can do,” said Felisha Gutierrez who says her wife was arrested by ICE agents while on her way to work near Tucson about eight months ago. She has been detained at the Eloy Detention Center since December and is possibly facing deportation.

“All these people are begging to get out and save their lives. They didn’t get a death sentence,” said Gutierrez.

The couple moved to Arizona less than a year ago from the Midwest where they planned to retire closer to the Mexican border.

“We moved closer to the border to be able to get medicines from Mexico because it cost me thousands and thousands of dollars for my medication,” explained Gutierrez.

She says her world turned upside down when her wife told her that one of the correctional officers had just died of coronavirus.

“It’s like I know my wife is going to die there and I don’t know what to do,” said Gutierrez.

In a statement, CoreCivic also confirmed to ABC15 that the officer’s last day at the detention center was on June 7.

For immigration lawyer Sheree Wright, having a spike of about 100 cases in less than five days doesn’t add up. “It’s been going on; I just think they haven’t been releasing the actual numbers.”

“ICE takes the health and safety of its detained population and facility staff very seriously and has protocols in place to address and mitigate the spread of COVID-19.

ICE health care workers at the Eloy Detention Center last week tested several detainees as part of continuing efforts to test those who are asymptomatic and did not show symptoms of COVID-19. As a result of these increased efforts, more cases have been identified. Additionally, the Eloy Detention Center has also restricted intake for all new admissions to the facility to further protect those in custody.”

Meanwhile, Gutierrez believes the situation in Eloy has had a negative impact on her own health and fears the worst for her wife, “I don’t know what to do.”

She says she can only hope COVID-19 won’t get to her wife before she gets a chance to fight her case in front of a judge.