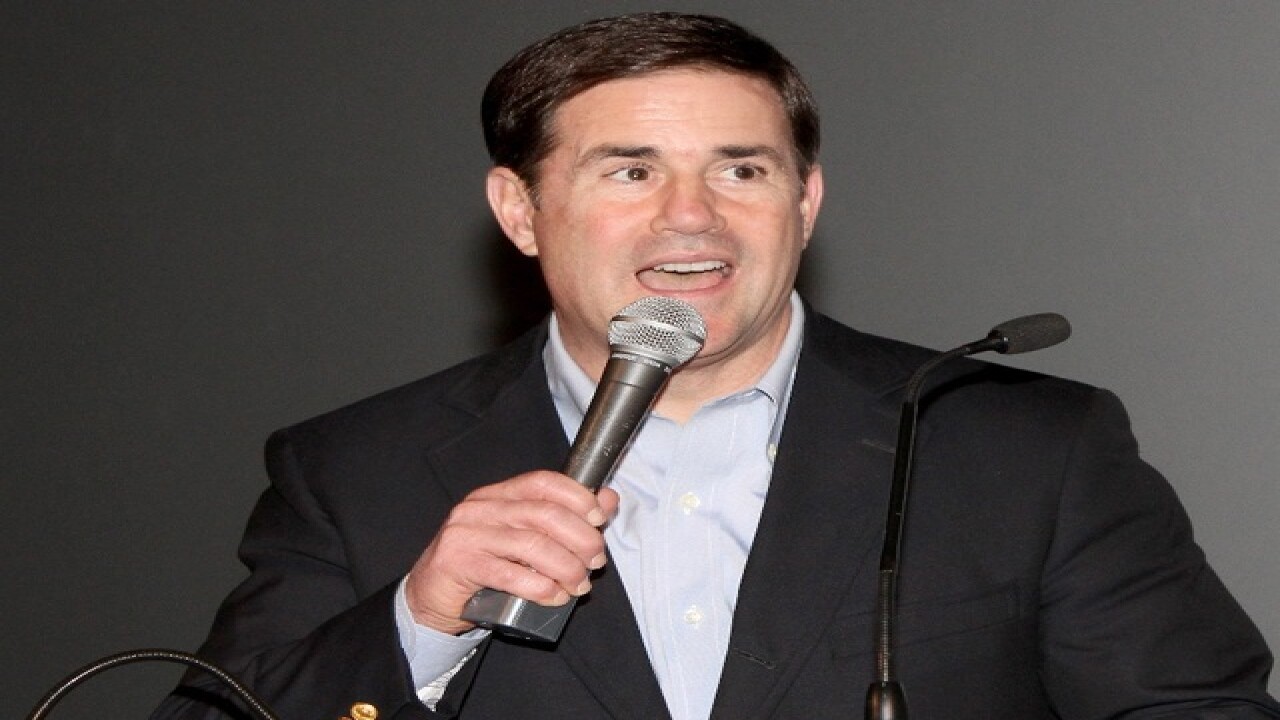 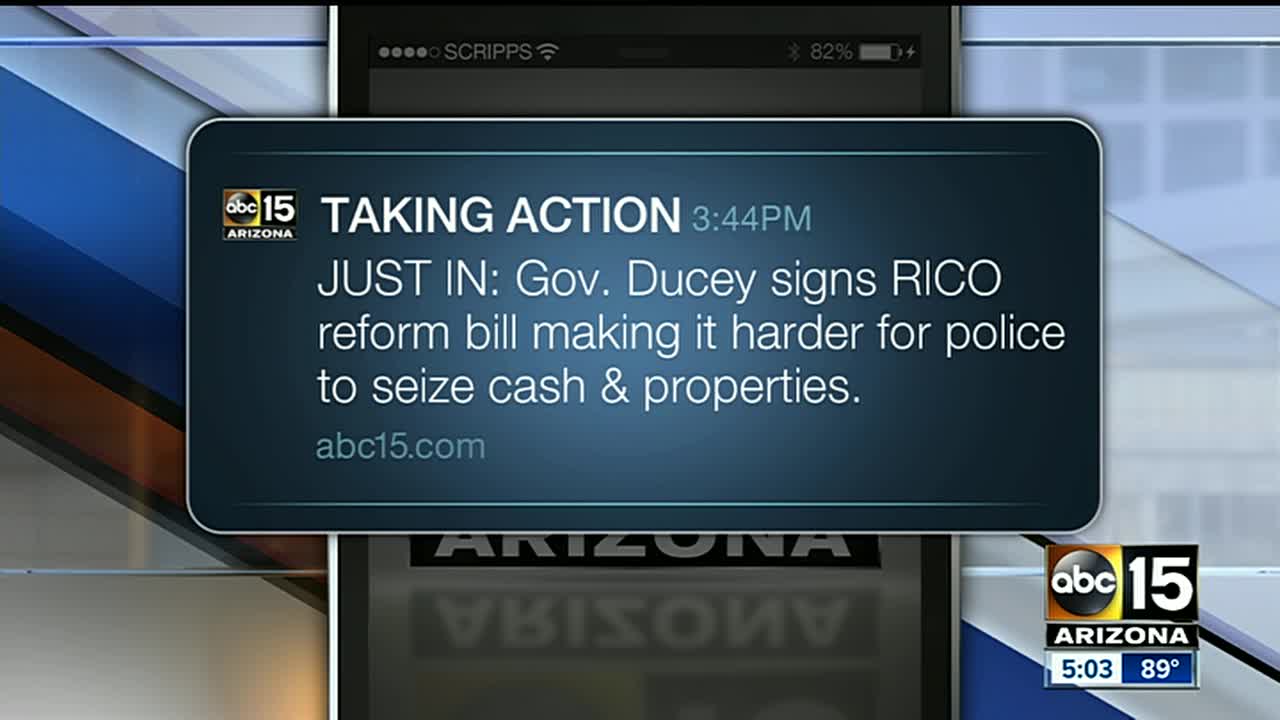 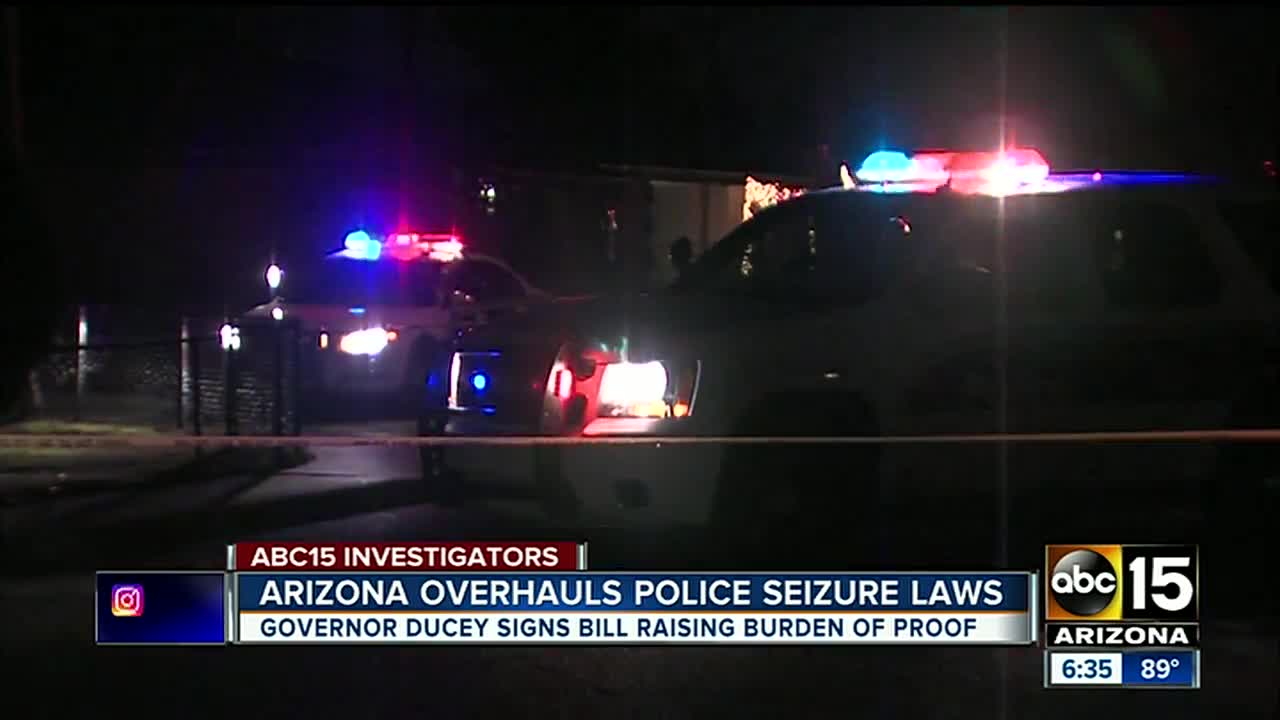 Governor Doug Ducey signed into law on Wednesday sweeping reforms that will make it tougher for law enforcement agencies to seize cash and property in investigations.

Arizona law enforcement agencies have seized hundreds of millions of dollars using civil forfeiture laws in recent years. Critics have long claimed that the process is rife with abuse.

In a statement, Governor Ducey said he signed HB2477 because an overhaul of the system was overdue:

“Reforms have been needed in this area for some time. As public servants, we are entrusted with not only protecting public safety, but also the rights guaranteed to every citizen of this great state and nation,” Ducey said. “Today’s important legislation strikes an appropriate balance between enabling law enforcement to do their jobs while upholding civil liberties. I commend Representative Eddie Farnsworth for his work on this legislation, and lawmakers on both sides of the aisle for supporting it. This bill will allow law enforcement to take appropriate action against drug cartels and other criminal enterprises, while ensuring citizens do not have their property seized without proper due process.”

The new law strengthens the burden of proof that is necessary before a person’s money or property can be seized. It will now shift from a “preponderance of the evidence” to “clear and convincing evidence.”

In addition, the law will allow property owners to recoup their legal fees if they prevail in getting their property or money back.

The legislation also adds another layer of oversight by requiring prosecutors to receive approval from their county board of supervisors before RICO funds can be expended.

Seizures and expenditures by several state law enforcement agencies have been the target of recent investigations and lawsuits.

In Pinal County, the administrations of ex-Sheriff Paul Babeu and former County Attorney Lando Voyles were sued by the ACLU. ABC15 also first confirmed an FBI investigation was examining the way Babeu and his staff managed the funds and spent them.

In Pima County, a high ranking sheriff’s official was indicted for how used the funds seized by his office.

The Institute for Justice has also sued the Offices of the Navajo County Sheriff and Attorney, among other law enforcement agencies, for its civil forfeiture practices.

“Civil forfeiture is perhaps the greatest threat to private property rights in Arizona today,” said Paul Avelar, an attorney for the Institute for Justice. “HB 2477 makes incremental but important reforms to Arizona’s forfeiture laws to protect innocent property owners and ensure that government powers are not abused.”

HB2477 had overwhelming bipartisan support, clearing the state legislature with every representative and senator approving the bill, except for one.

The bill also drew widespread support from legal, government and non-profit groups on both sides of the political spectrum, including the Goldwater Institute and the American Civil Liberties Unit.

“This is a significant victory, for Arizona to be joining the growing roster of states that have reformed their forfeiture laws,” said Will Gaona, ACLU of Arizona Policy Director. “This bill addresses a number of significant problems with the current civil asset forfeiture scheme and moves Arizona in the right direction on personal property rights.

County prosecutors and law enforcement agencies were lobbying the Governor to veto the bill.