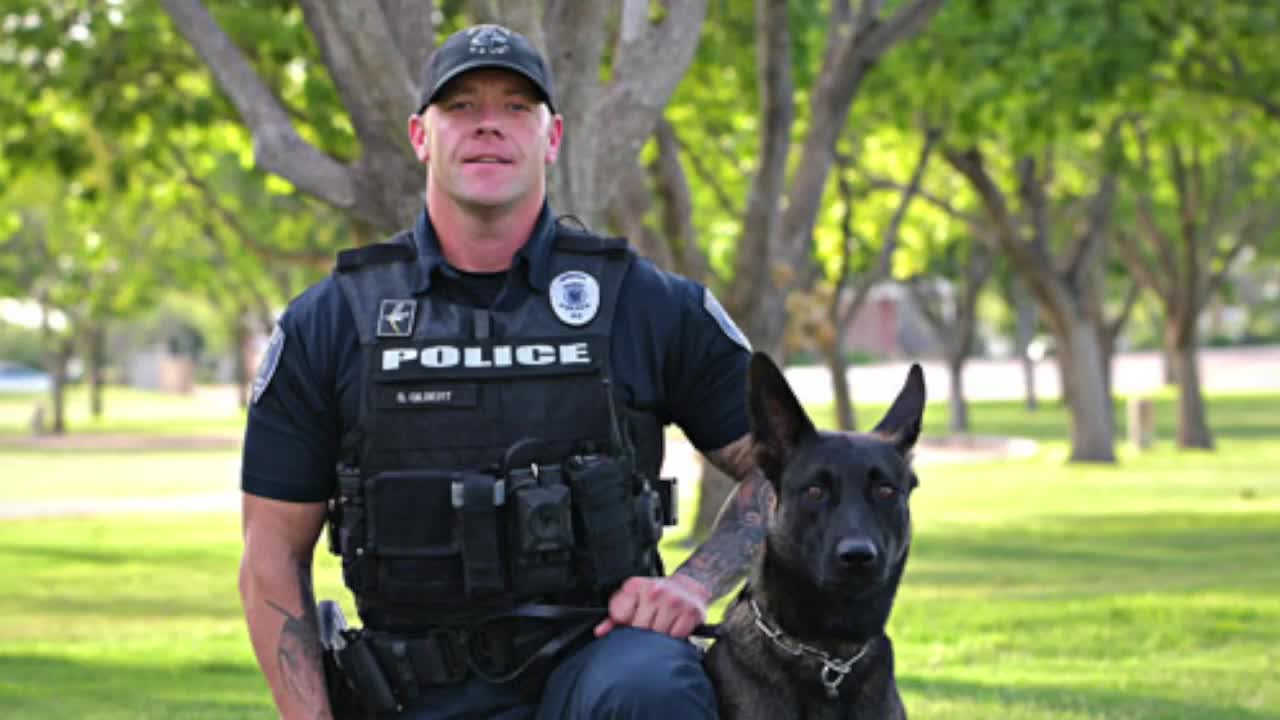 Investigators say charges not considered against other officers. 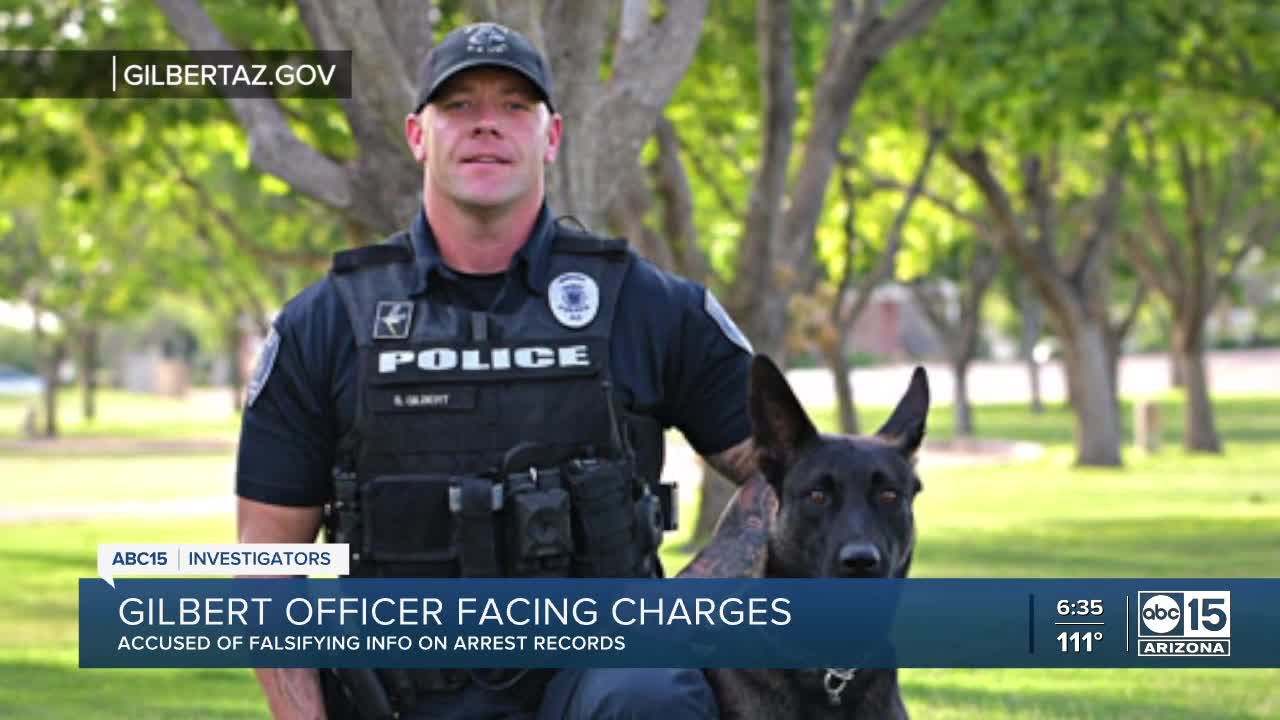 Gilbert, whose last name is the same as the suburban town where he works, is a K9 officer.

On May 8, the criminal complaint states he made a “false sworn statement” about the location of an arrest and also “knowingly, with the intent to defraud or deceive, did alter or make a false entry in a Form IV.”

A Form IV is a public record used to document the probable cause against a defendant in order to book them into jail.

Both of the charges are Class 6 felonies.

The Maricopa County Attorney’s Office declined to comment on the ongoing investigation.

However, prosecutors did confirm that Gilbert was added last month to the county’s “Brady” list, which tracks officers with past lies, crimes, and other integrity issues.

In 2017, Gilbert was recognized as one of the town’s employees of the year.

The Gilbert Police Department did not answer some of ABC15’s emailed questions about the criminal charges, including what information Gilbert is accused of falsifying and how the department discovered it.

Instead, a spokesperson sent the following statement.

ABC15 has again asked Gilbert Police to provide more information than they provided.

A spokesperson claimed the town is limited by “state statutes.”

Court motions filed by Gilbert's defense attorney allege that two other law enforcement officers who work in detention positions may also have "criminal exposure" in the case, but they have not been charged.

One of the officers is a City of Chandler detention employee, who city officials claim is being unfairly accused and actually reported the misconduct.

[Editor's note: A previous version of this report named the two additional officers.]

ABC15 has officially requested records from the Tempe and Gilbert Police Departments regarding the case.