Former Scottsdale police commander fights to get job back 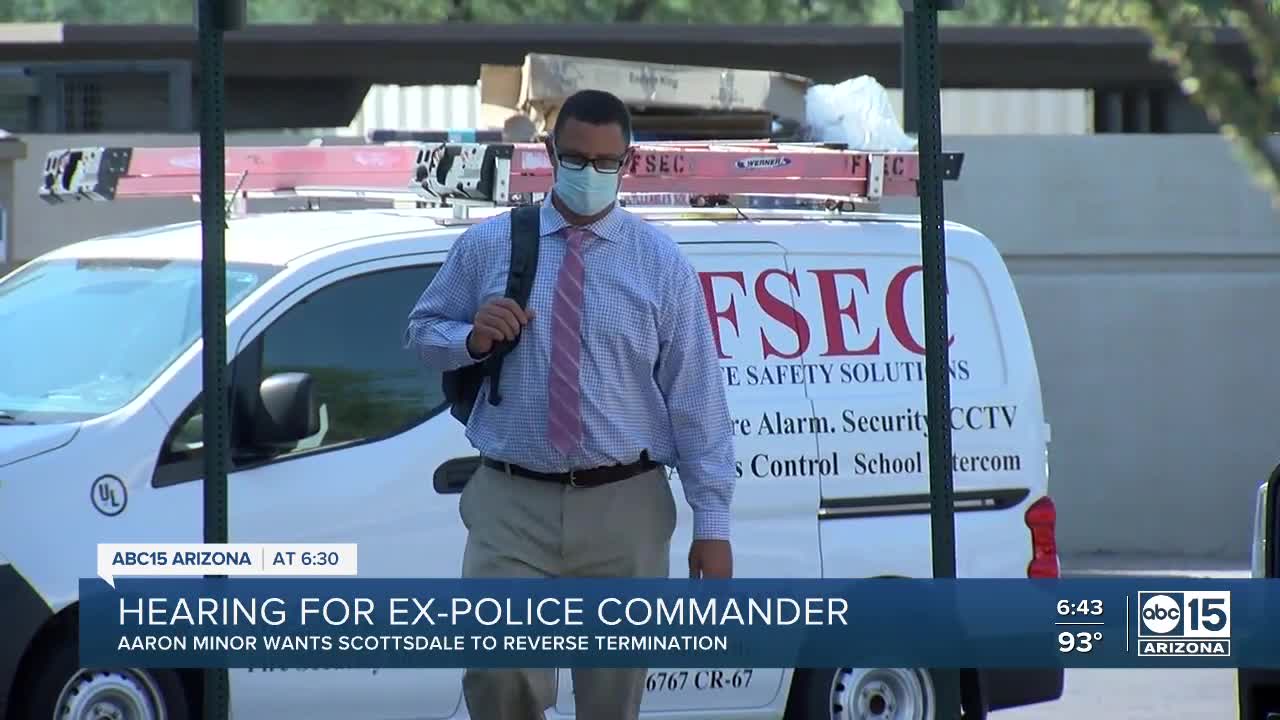 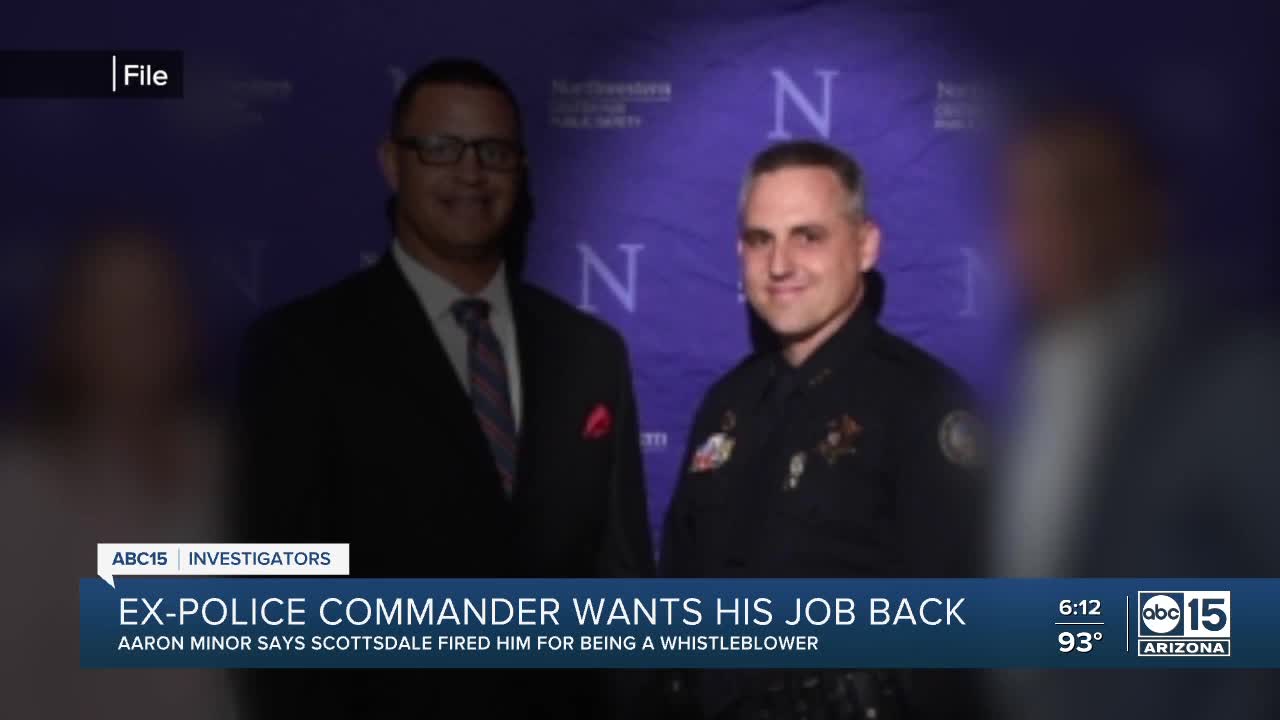 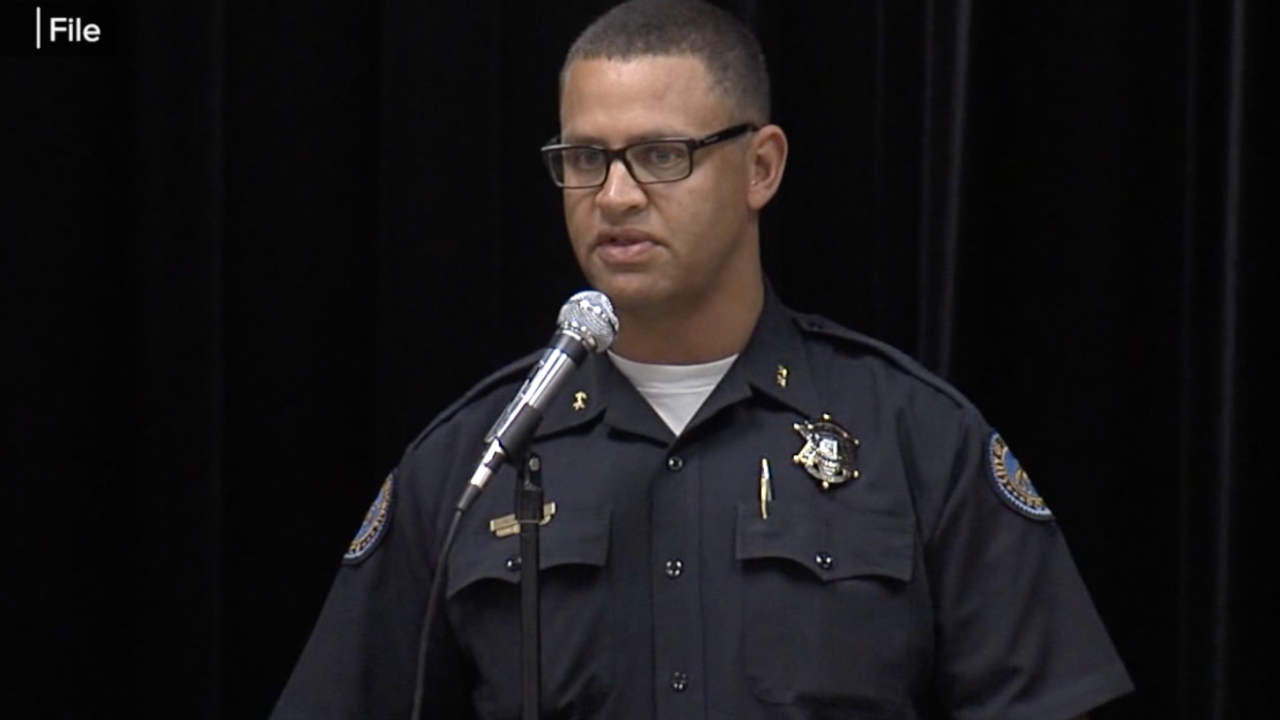 SCOTTSDALE, AZ — An unusual agreement will allow people to see the termination appeal hearing of a former Scottsdale police commander who wants his job back.

Former commander Aaron Minor has a hearing before the Scottsdale Personnel Board starting Tuesday. Scottsdale fired Minor for an alleged integrity issue, but his termination was actually retaliation for being a whistleblower, according to Minor’s attorney.

The Scottsdale Personnel Board must hold open meetings in accordance with state law. The public notice for Minor’s hearing originally allowed both participants and the public to attend in person.

Late last week, city officials decided the public would only be allowed to listen in telephonically. Scottsdale revised the public notice to say only essential participants would be allowed in the room.

“They don’t want members of the public to be able to watch the video of how people respond,” Minor’s attorney, Steve Serbalik, said. “I think they’re concerned about what public exposure would look like.”

The judge sided with the City of Scottsdale, which claimed during the pandemic it was safer to have fewer people in the room and to only provide an audio feed for the public.

“We’re talking about a three-day hearing, all day long, in one room,” Scottsdale Deputy City Attorney Lori Davis told the judge. “The city is very concerned about the spread of COVID-19.”

Scottsdale’s Personnel Board chairman informed Minor’s attorney late Monday afternoon that Minor can broadcast live video of the hearing if he provides the camera and the operator.