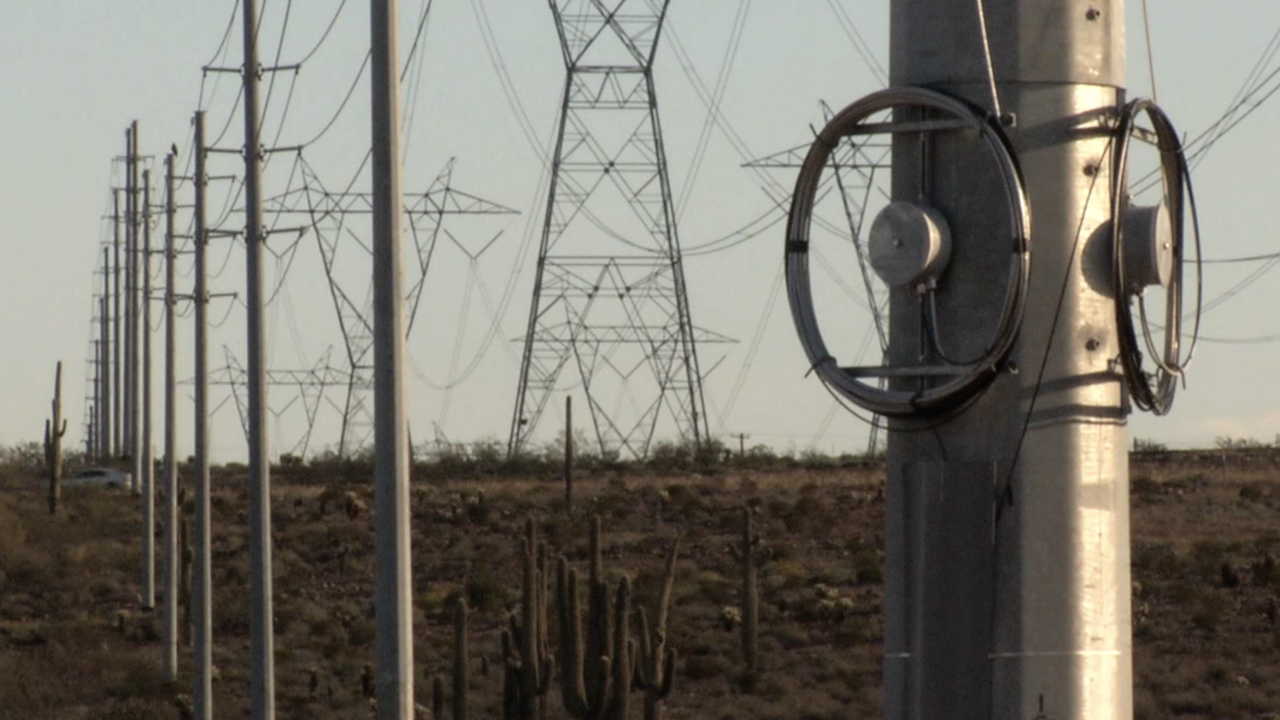 PHOENIX, AZ — Our electrical grid is under attack and it's a threat to our national security.

That's the message from retired military generals and admirals that make up the CNA Military Advisory Board who are trying to convince regulators around the country to completely overhaul our state and country to secure our electricity.

On Tuesday, retired Naval Vice Admiral Lee Gunn, laid out the grid's security problems in a 30-minute presentation to Arizona Corporation Commissioners. It's his latest stop on a tour that conservation group The Western Way organized.

Gunn calls transmission lines, transformers, power plants all pieces of a vulnerable electric grid that he says is past time to update.

He points to the transmission tower lines that collapsed in November 2018 causing the fire killed dozens of people and burned the entire town of Paradise, California. "It was designed to have a 50-year lifespan. It was 99 years old when it failed," he said.

But age is only part of the problem. Gunn said that the equipment moves electricity from power plants to your home is completely exposed and particularly vulnerable to attack.

Since 2011 he says there have been, "362 attacks physical or cyber-attacks have been waged by humans."

Gunn believes the cyber attacks are dry runs to demonstrate whether or not they could be detected in preparation for a coordinated attack.

The advisory board's fix: to make and store clean energy near the buildings that will use it. "We need to get ourselves off of petroleum and coal entirely as soon as possible. And we've got to start today," he said.

Like implementing micro-grids that are currently used on some military bases. He says the smaller infrastructure can become an island, disconnecting itself from the main grid if something goes wrong.

Gunn also uses the example of solar panels and storage in the neighborhood it powers.

SRP tells ABC15 It's already begun to implement the recommendations for its portion of the grid and, "is investing in smaller, natural-gas-powered plants that are closer to our load and provide a distribution that is less vulnerable."

APS referred us to industry group Edison Electric Institute which said in part,"...we plan and regularly exercise for a variety of emergency situations that could impact the ability to provide safe and reliable electricity to our customers."