FBI will reject crime data from Phoenix, 2 other Valley agencies that fail to change reporting 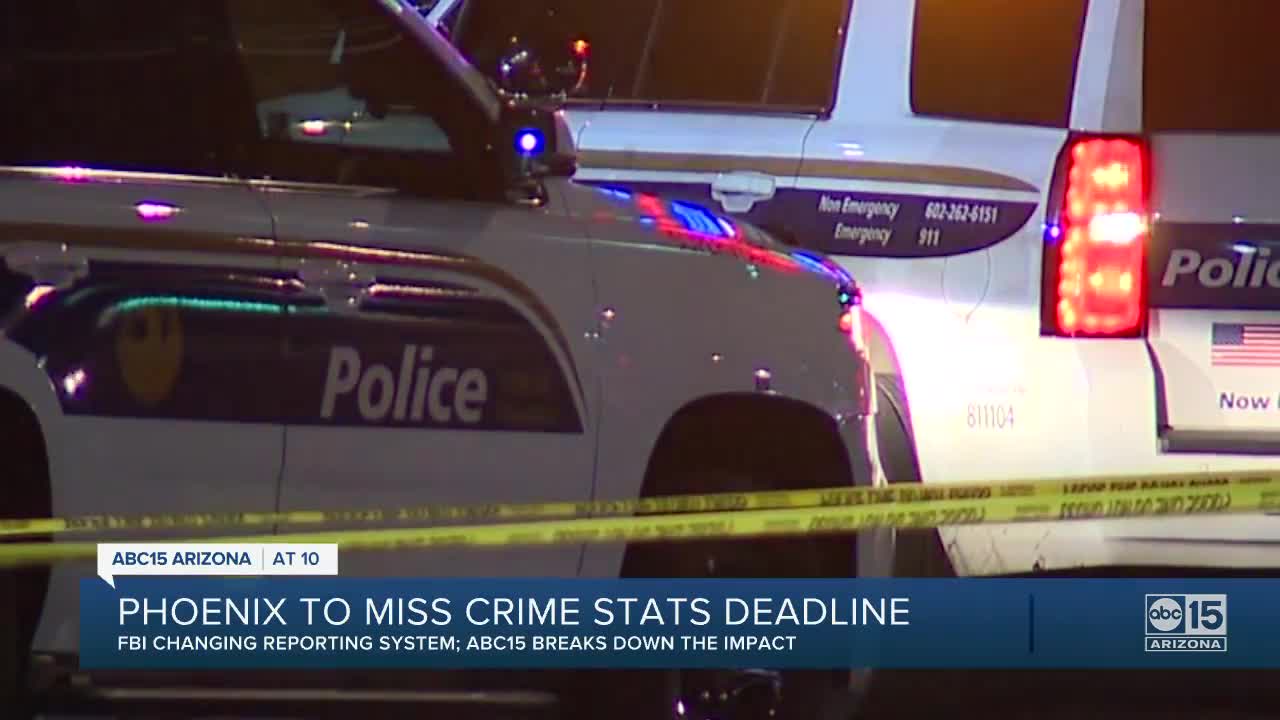 The FBI is changing reporting system, and ABC15 breaks down the impact.

PHOENIX — The FBI will stop collecting crime data from police agencies that fail to meet an upcoming deadline to convert to a more detailed reporting system.

The FBI set a January 1 deadline to switch to the National Incident-Based Reporting System. With NIBRS, police agencies provide more details about crimes involved in cases, the suspects and victims, and their relationship. The FBI urged agencies to make the change for decades, and it set a hard deadline because so many agencies had been reluctant.

"The Phoenix Police Department is actively working with the FBI toward NIBRS compliance while also focusing on increased public-facing data dashboards as recommended by the National Police Foundation study," Phoenix Sgt. Mercedes Fortune said in an e-mail to ABC15. "We are diligently working through our data reporting, and we are confident that we will achieve NIBRS compliance in 2021."

A Glendale police spokesperson also said that agency would be ready later in 2021.

Political and community leaders rely on FBI data to spot trends and decide how to address public safety issues.

After seeing an FBI analysis of uniform crime reports, Carlos Galindo-Elvira with Chicanos Por La Causa, said he noticed a "troubling" increase in hate crimes against Latinos in Arizona.

He said the data helps in developing a strategy to identify and mitigate hate crime in the community.

"Whether it's bias crime units within police departments, whether it's training," Galindo-Elvira said. "These are also guideposts for our leaders to use in ensuring we have more tranquility in our community."

A Newsy investigation of NIBRS implementation nationwide found as many as 25 percent of U.S. police agencies may miss the January deadline.