Ducey executive order has similar verbiage as other states 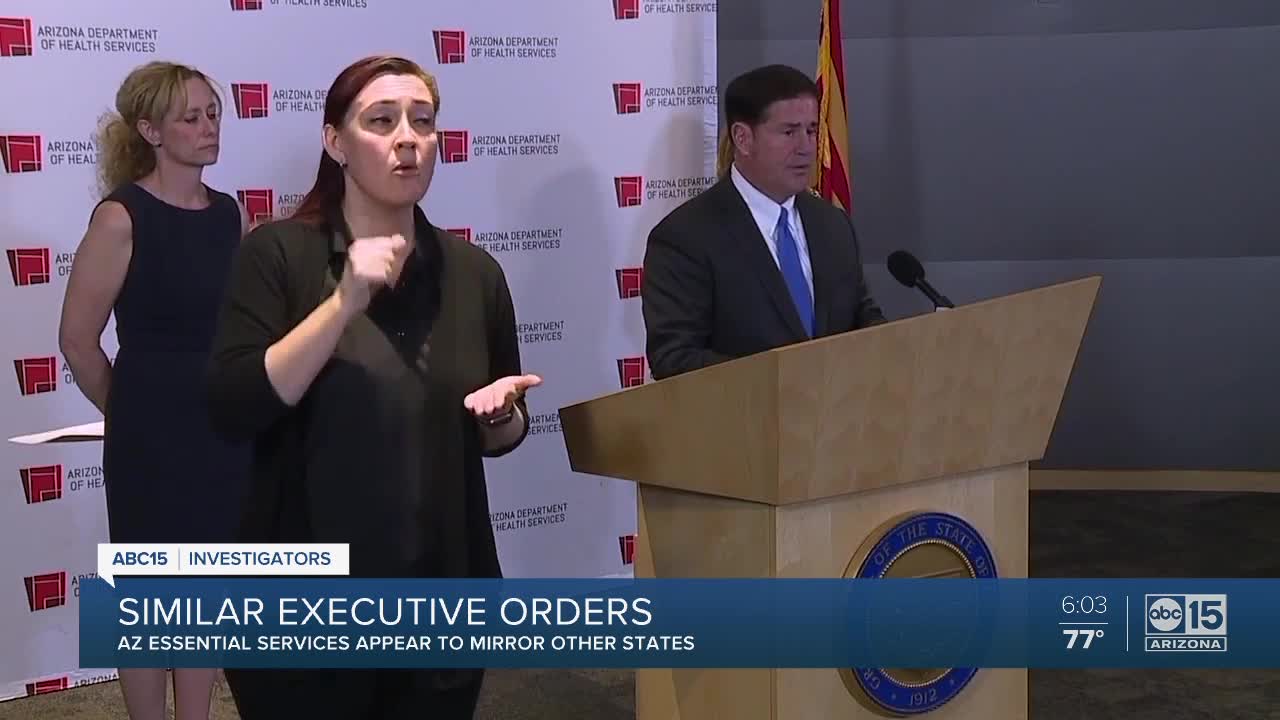 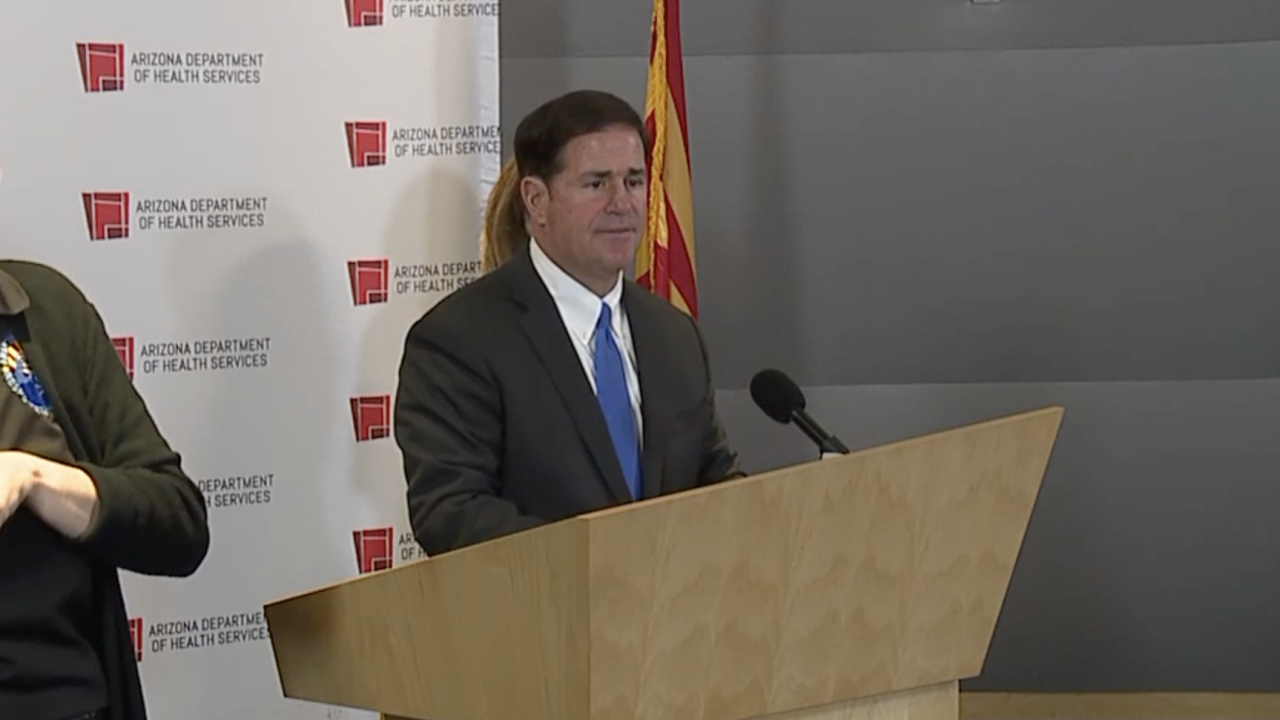 PHOENIX — Sheltering at home is not yet the law of the land in Arizona, but on Monday Governor Doug Ducey released an executive order for what would be considered essential services if that decision is made.

ABC15 Investigators found similar verbiage in portions of other executive orders issued by governors in at least three different states.

Arizona's essential services list financial institutions like banks, currency exchanges, consumer lenders and pawn brokers. It is written in a sequence that is nearly identical to an executive order from the from the Governor of Indiana on March 23.

Payday lenders are also mentioned as essential services in both Arizona and Indiana's executive orders. But while the high interest loans are allowed in Indiana, they have not been legal in Arizona since 2010.

Both show consecutive listings of, financial institutions, hardware stores, critical trades and mail services, one after the other, also with very similar wording.

Another example is of the executive order issued by Wisconsin's governor on March 23.

Transportation. Airlines, taxis, transportation network providers (such as Uber and Lyft), vehicle rental services, paratransit, and other private, public, and commercial transportation and logistics providers necessary for Essential Activities and other purposes expressly authorized in this Order.

Transportation. Airlines, taxis, transportation network providers (such as Uber and Lyft), vehicle rental services, paratransit, and other private, public, and commercial transportation and logistics providers necessary for all categories of "Essential Operations" as defined in this order.

We asked Ducey's office for comment about the similarities.

Spokesman Patrick Ptak sent a statement saying in part, "Our office often reviews best practices from around the country. The governor has been in close contact with other governors, including conference calls multiple times a week. This executive order reflects Arizona's priorities and is about protecting public health and preserving critical financial lifelines for many communities across our state."