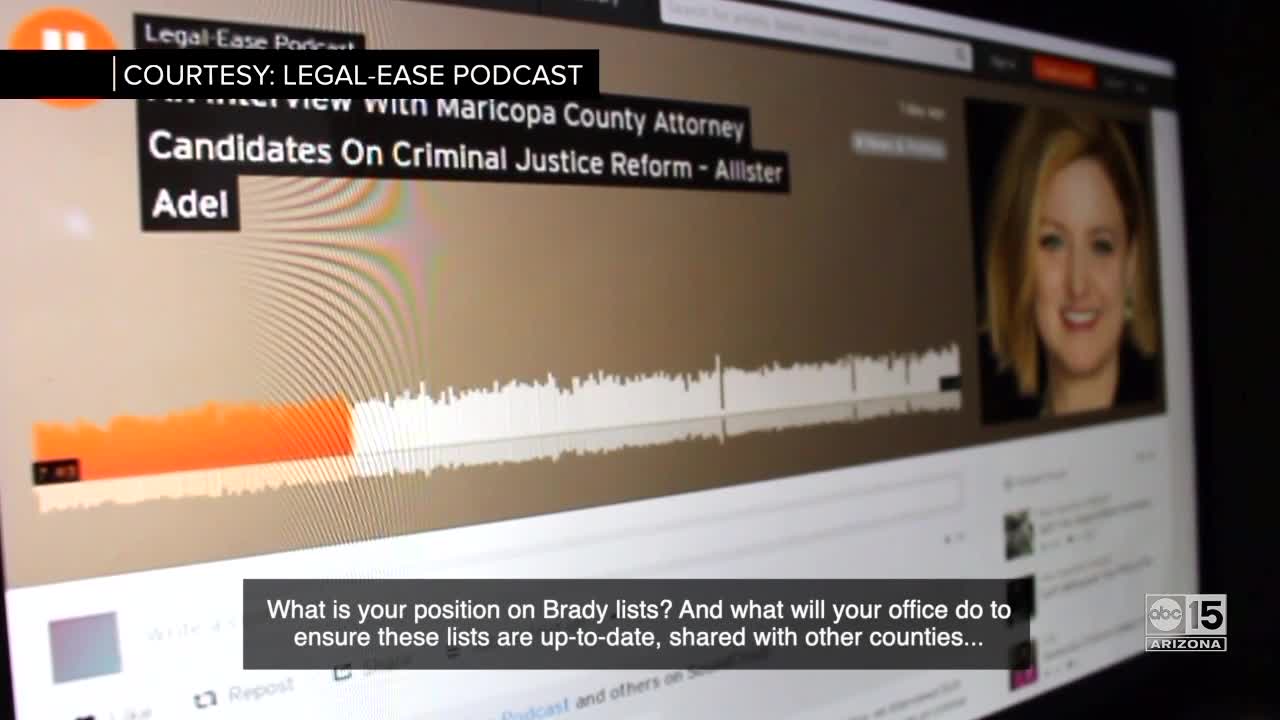 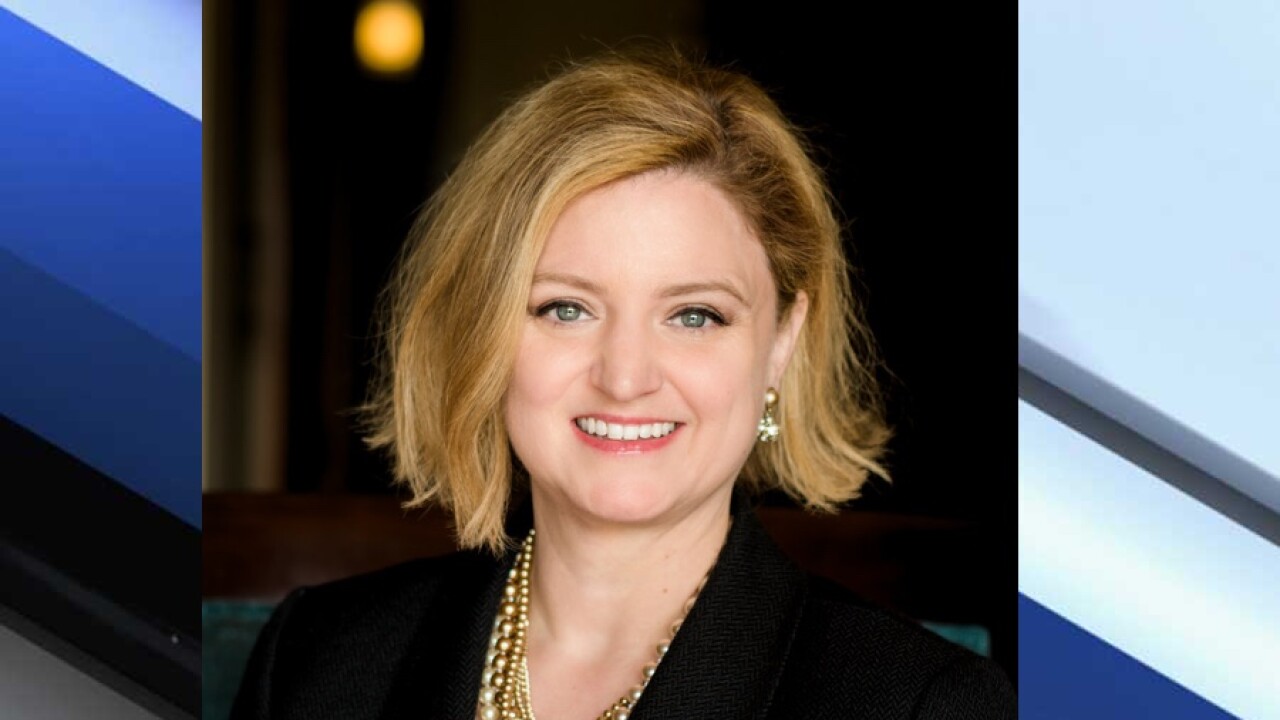 In an emailed statement sent by a spokesperson, Adel said she “misspoke.”

However, some defense attorneys find it deeply concerning that the top official in America’s third-largest prosecutorial agency either doesn’t know the process of a long-standing constitutional requirement or confused two common legal terms.

The Legal-Ease Podcast, in partnership with ASU’s Law Academy for Justice, separately interviewed Adel and her election opponent Julie Gunnigle.

About seven minutes into the podcast, the host brought up ABC15’s recent reporting on problems with Brady lists, which are used to track officers with histories of dishonesty, crimes, and other integrity concerns so those issues can be disclosed to defendants.

The host asked Adel the following question. “What is your position on Brady lists? And what will your office do to ensure these lists are up-to-date, shared with other counties, and the relevant information is made available to defense counsel?”

As part of a 90-second answer, Adel gave this description of the Brady disclosure process. "That is a disclosure issue, meaning our lawyers, when they see integrity issues, send that off to a judge, and a defense attorney is notified, and a judge makes a decision if something should be disclosed."

That’s now how it works.

Following the 1963 U.S. Supreme Court decision in Brady v. Maryland, prosecutors are required to automatically turn over all exculpatory evidence to the defense in criminal cases.

Disclosure of Brady material does not have to go through a judge.

Most of the attorneys responded to her comments with the same word, “Wow.”

When it comes to Brady material, a judge may rule whether that evidence is admissible in trial to impeach an officer’s testimony.

Adel’s full emailed statement said, “I misspoke, and the process is that a judge determines admissibility of Brady material in a trial and disclosures are made directly to defense. That said, there are instances where a judge may still conduct an in-camera review of disclosure materials when appropriate.”

After initially publishing this report, Gunnigle responded by posting a tweet that said both candidates were given the questions days ahead of the podcast interview.

My opponent fundamentally does not understand the law.

Both our campaigns were sent a list of questions several days before the podcast was recorded, including the Brady list process. There's no excuse here, just a total lack of preparation. https://t.co/MzVKXlwOVp

In an interview with ABC15, Williams said that Brady-listed officers go through a “voir dire” process to determine whether or not they can testify.

That’s a process that doesn’t exist. Voir dire is one of the most basic parts of the criminal trial process. It’s the questioning of potential jurors during the jury selection process to weed out potential conflicts and biases.

Expert witnesses can also be questioned under voir dire to test the validity of their expertise. It does not apply to eyewitnesses like arresting officers, attorneys said.

Those officers can and will testify if called by prosecutors or the defense.