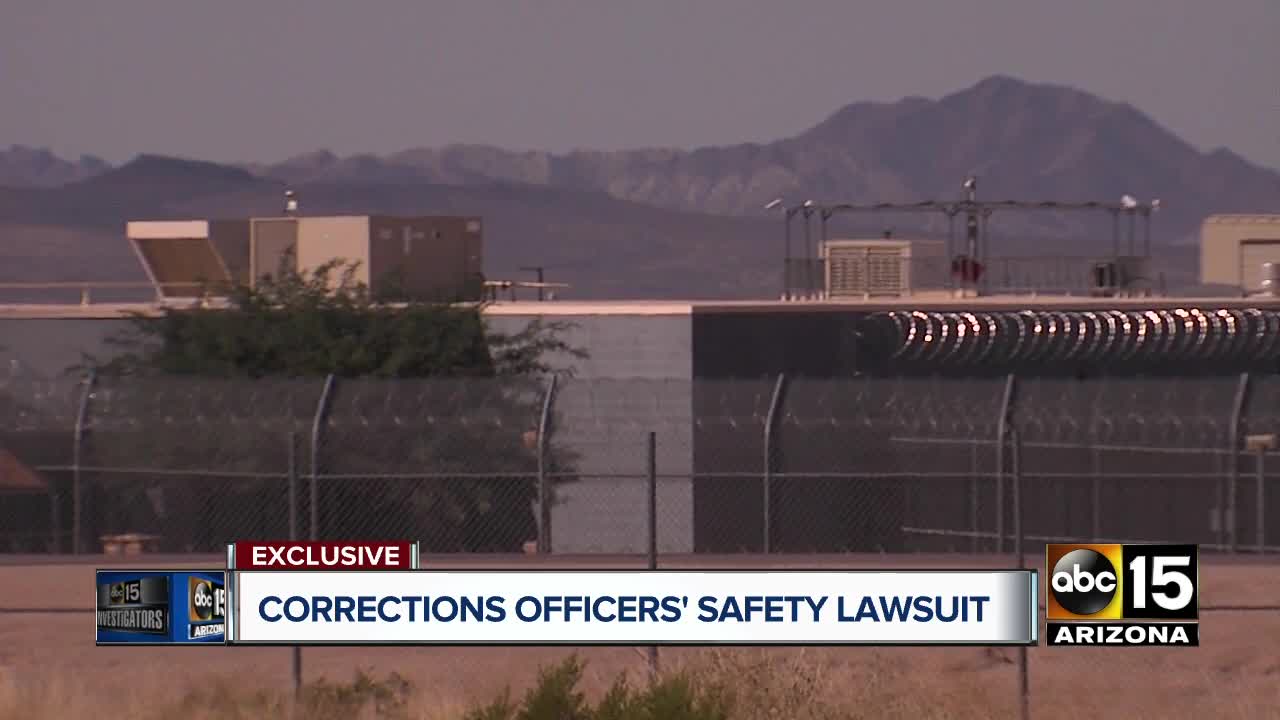 Corrections Officer Chris Russett suffered a traumatic brain injury when he was attacked from behind by an inmate in Arizona's Florence Prison.

PHOENIX — Corrections Officer Chris Russett suffered a traumatic brain injury when he was attacked from behind by an inmate in Arizona's Florence Prison.

"After he had knocked me down, he sat on top of me at punching my head, so his intent was to kill me," Russett said.

Russett and seven other current and former corrections officers are suing the State of Arizona. They say the Department of Corrections ignored safety problems, which led to inmate attacks and life-altering injuries.

Russett said the inmate had a history of mental illness and attacking officers.

He claims Corrections Department Director Charles Ryan "overrode that inmate and placed him in that cell block, which their inmates were unrestrained. They moved around no handcuffs, no leg irons, nothing."

An override is when an offender is placed in a different, typically lower security risk category than what a prison assessment indicated is appropriate.

"I found out he had mental issues, and he was supposed to be on medication that he had not been taking," Knighton said. "I found out that he had been up for 24 hours straight, and he had also threatened to take out a C.O. [corrections officer]."

The corrections officers' federal lawsuit claims they were hurt due to staff shortages, a failure to fix broken cell doors, or leaving violent and mentally ill inmates unrestrained.

The corrections officers also claim their constitutional rights were violated because they were not warned of inmates' threats or given adequate training.

In the 9th District U.S. Court of Appeals Wednesday, a lawyer for the State of Arizona argued for the case to be thrown out because of qualified immunity.

"None [of the corrections officers] allege that they were tricked into accepting their jobs or that on the day of their respective assaults, they protested the unit they were assigned to or the task they were assigned," the defendants' attorney, Nicholas Acedo, said. Acedo added the plaintiffs were previously aware of the alleged understaffing and broken cell door locks.

"What they are arguing that because they are public officials, and we brought a lawsuit under federal law, that any mistakes that they made were either reasonable mistakes, or they couldn't have known that their actions were going to harm my clients," Zwillinger explained.

In court filings, the state's lawyers said, "the court should decline to open this Pandora's box" because the "liability would be endless" for states with many "public employees who routinely perform dangerous public-safety functions."

"Granted prison, jails are inherently dangerous to a degree, and then there is gross negligence on the part of the administration to let the inmates run the asylum, and that's what they're doing," Russett said.

Whether the officers win or lose in court, they want the Arizona Department of Corrections to make prisons safer for officers and inmates.

ABC15 Investigator Melissa Blasius can be reached at melissa@abc15.com.