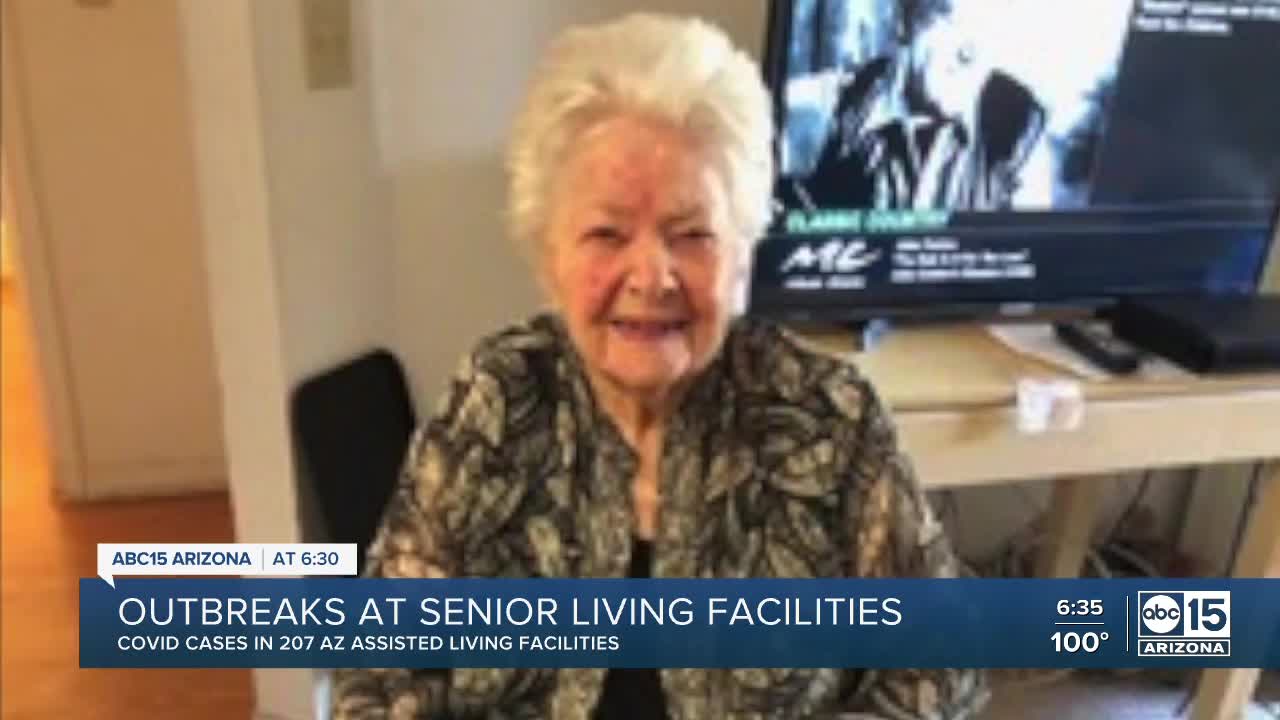 A mother living in an assisted living facility taken out by son.

PHOENIX — As more than 200 assisted living facilities in Arizona have reported coronavirus cases, families question where their parents and grandparents will be safest during the pandemic.

At the Springs of Scottsdale, which offers both independent and assisted living, management said 14 residents contracted the virus. Five of those residents died.

Paul Fennell's mom, Margaret, just turned 100 and lived at the facility. She tested positive in May.

"I assumed she was going to be dead in two weeks," Paul said. "To me, it’s unbelievable. We know about hotspots, but people generally don’t know about this."

Fortunately, Margaret Fennell was asymptomatic, but Paul said his mom's live-in caregiver did become ill and was hospitalized.

ADHS also reports 73% of Arizonans who died of coronavirus are ages 65 and over.

Paul told ABC15 he felt The Springs should have been more communicative and proactive about testing residents and staff. He was also upset that The Springs discontinued the use of their third-party caregiving service during the outbreak, so his mom's longtime caregiver was not allowed to return to her apartment. Paul said he was forced to decide within days between keeping the caregiver or keeping Margaret in the community where she lived for 15 years.

"There was no friggin' way that I was going to put her in someplace where there would be strangers," Paul said.

He has since moved both his mom and her caregiver to his own condo.

Liv Well, which runs The Springs of Scottsdale, sent a statement to ABC15 saying, "We value the life of every resident...

"Early actions were aimed at protecting the residents in our community from contracting the virus, but once COVID entered our property we took swift action to trace, test and ultimately contain the spread of the virus."

Liv Well also wrote that the company is working with the Arizona Department of Health Services, and it is posting total cases and testing information online.

Paul said his mother's case shows how the needs of senior citizens can be too easily overlooked, and he calls on Arizona's governor and legislature to take additional action.

"There should be a bill of protection rights for senior care facilities," Paul said.