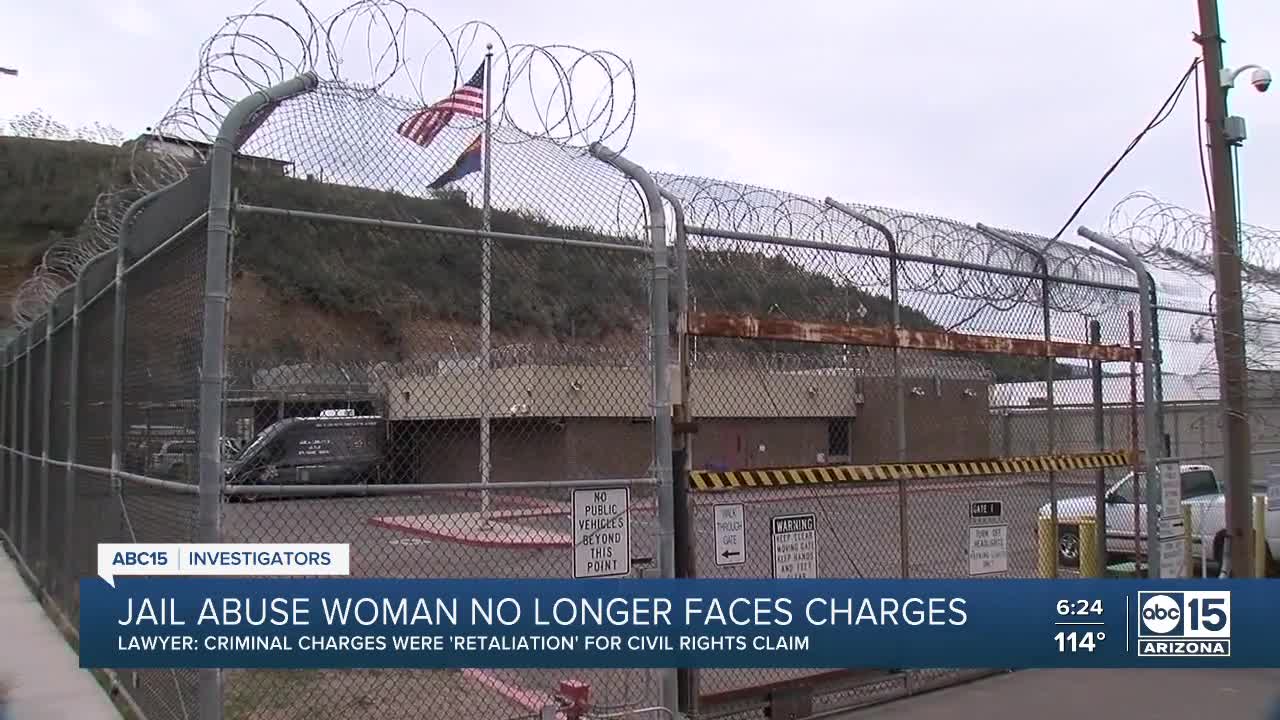 Criminal charges were a "retaliation" for civil rights claim, the woman's lawyer says.

Prosecutors have dropped all criminal charges against a grandma who suffered inhumane treatment inside a Gila County jail.

The ABC15 Investigators previously exposed the cruel and unusual punishment of Tamara Barnicoat. In October, she resorted to drinking water from a toilet bowl after a Gila County detention officer purposely turned off the water supply to her cell for at least two days.

Barnicoat was originally arrested for allegedly refusing to leave a car wash and throwing water on an employee. She has a diagnosed mental illness, and she believed she was having a psychotic episode at the time. After her initial arrest, she was held in jail for 27 days without any criminal charges being filed against her.

Six months later, the Gila County attorney did charge Barnicoat with assault and other crimes. The charges came just weeks after Barnicoat filed a notice of claim, a precursor to a lawsuit, claiming Gila County violated her civil rights in jail. Barnicoat's lawyer, Robert Campos, believed the criminal charges were an act of retaliation, and he asked for an outside prosecutor.

After reviewing the case, the outside prosecutor dropped all criminal charges against the grandma, and a judge formally dismissed the case this week. Barnicoat's civil rights legal claim is still pending.