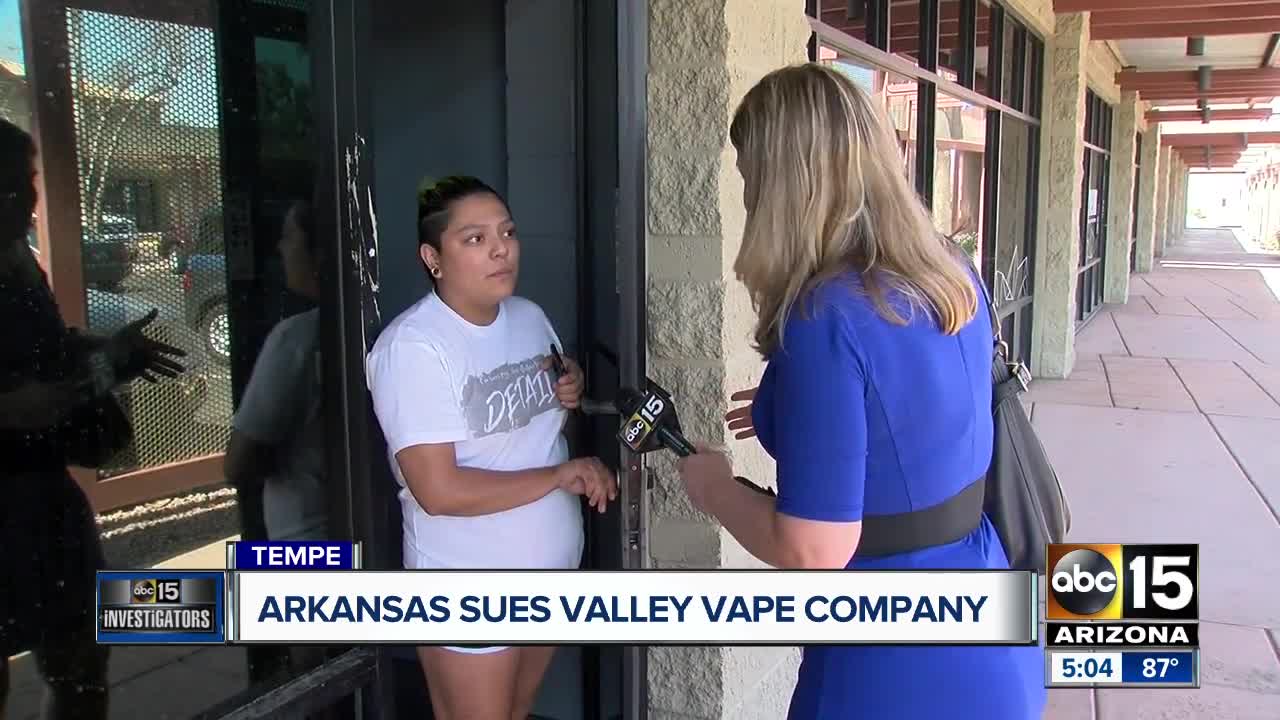 An east Valley vaping company is being sued, accused of illegally selling a vaping device to a teen from Arkansas.

An east Valley vaping product company is being sued by the Arkansas Attorney General.

The consumer protection lawsuit was filed Tuesday against The Vape Co., also known as Gladiator Distribution.

The lawsuit alleges the company allowed "minors to easily obtain e-cigarettes online without verifying their age." The State of Arkansas seeks an injunction against the company and civil penalties.

A 15-year-old was able to successfully make a purchase from TheVapeCo.com and have it delivered to a home in Arkansas, according to the lawsuit. Arkansas law prohibits all online sales of tobacco or vaping product and bars anyone from giving the products to minors.

ABC15 reached out to The Vape Co. on Thursday afternoon. A representative denied selling to minors and said he turned off the website until he can determine what happened and what actions need to be taken.