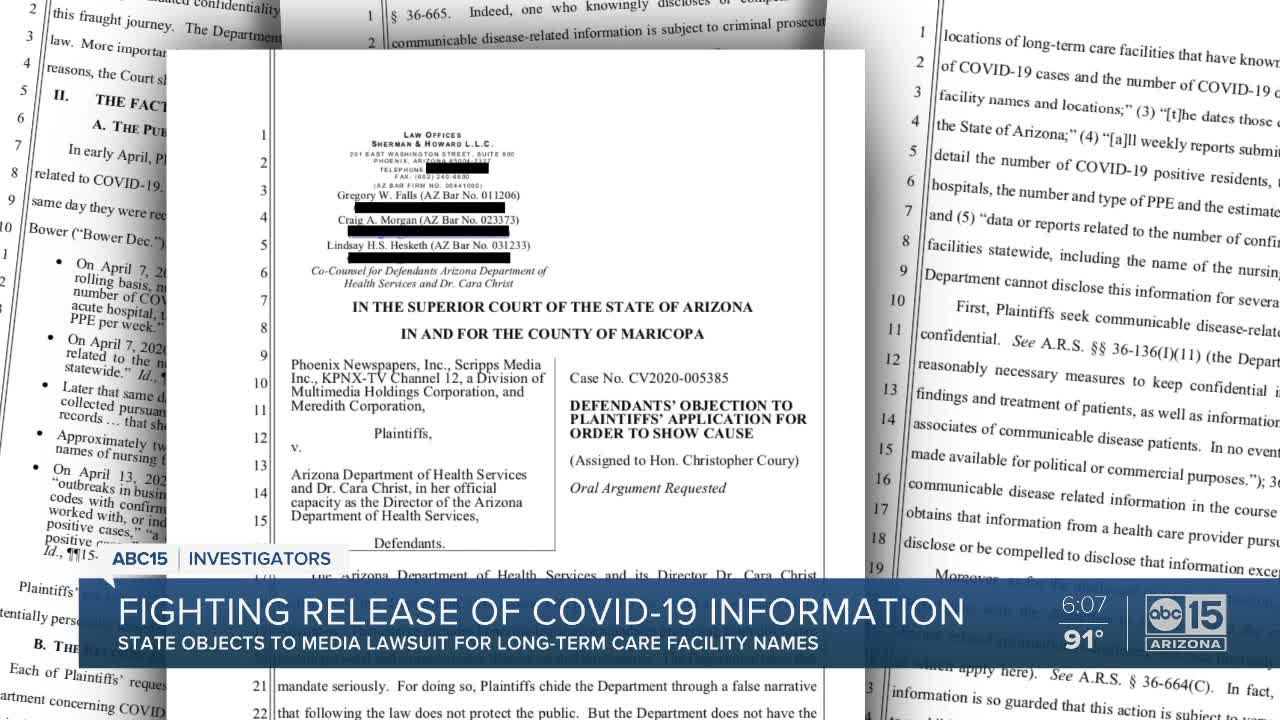 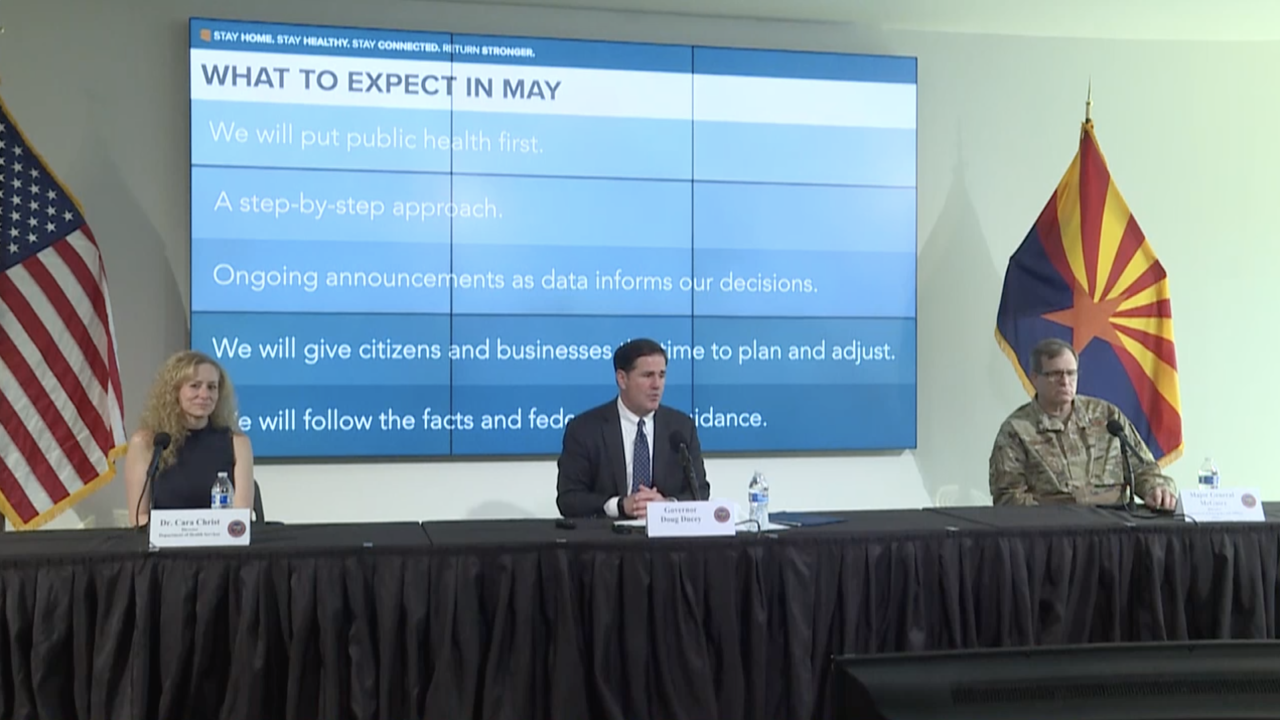 In response to a lawsuit filed by media outlets, outside attorneys for the Arizona Department of Health Services argued releasing names and locations of long-term care facilities of coronavirus outbreaks would violate state medical privacy laws and hurt the businesses’ competitive positions.

The 18-page objection filed Friday even used the rape and impregnation of an incapacitated woman at Hacienda HealthCare as an example of why information should not be shared with the public.

Attorneys also argued that the entire proceedings should be held in secret; and if media outlets win the case, the judge should block them from releasing the data.

“In the end, the Department’s concerns that disclosure of the records at issue interferes with peace and privacy or causes more harm than any good disclosure could provide are not mythical. These concerns are real and supported by empirical experience and data,” the state’s outside attorneys concluded.

ABC15, the Arizona Republic, 12 News, CBS5, and 3TV filed a joint action in Maricopa County Superior Court on May 5 to obtain the names and locations of facilities with coronavirus cases and deaths.

To be clear, ABC15 and other news outlets are not seeking any person’s name or medical information.

The Arizona Department of Health Services has repeatedly refused to release the names and locations of long-term care facilities.

While the department has used a number of shifting reasons for why they wouldn’t disclose the information, the state’s two outside law firms laid out four main arguments on their behalf:

In support of the state’s third argument, which claims releasing the information could harm businesses’ competitive positions, attorneys wrote three paragraphs using the rape case at Hacienda as an example.

“Because of publicity (albeit in connection with information not protected from disclosure like the information in this case), multiple directors of nursing resigned, and Hacienda experienced significant turnover among middle and upper management,” the state’s response said. “Hacienda had trouble meeting its core staffing needs, which is critical, because congregate settings rely on staffing agencies to provide emergency staffing coverage, and staffing agencies would not work with Hacienda. Hacienda’s employees experienced significant hostility, harassment, and safety threats. There was even a shooting in Hacienda’s parking lot.”

The response later continued: “These issues threatened the facility’s viability, caused significant problems obtaining adequate insurance, and eventually forced Hacienda to close the skilled nursing portion of its operation due to financial problems.”

The Hacienda case was the subject of a police investigation, which are public records. The family also filed a lawsuit in court, which is also public information.

Residents of long-term care facilities make up the majority of deaths in the Valley, according to overall numbers released by Maricopa County.

Across the nation, many other states have released the names and locations of the facilities because of the increased risk that COVID-19 poses to residents and the surrounding communities.

The White House also announced that the federal government will release later this month the names and number of cases for skilled nursing centers, a specific type of long-term care facility.

Oral arguments in the media’s case against the state are set for May 27.