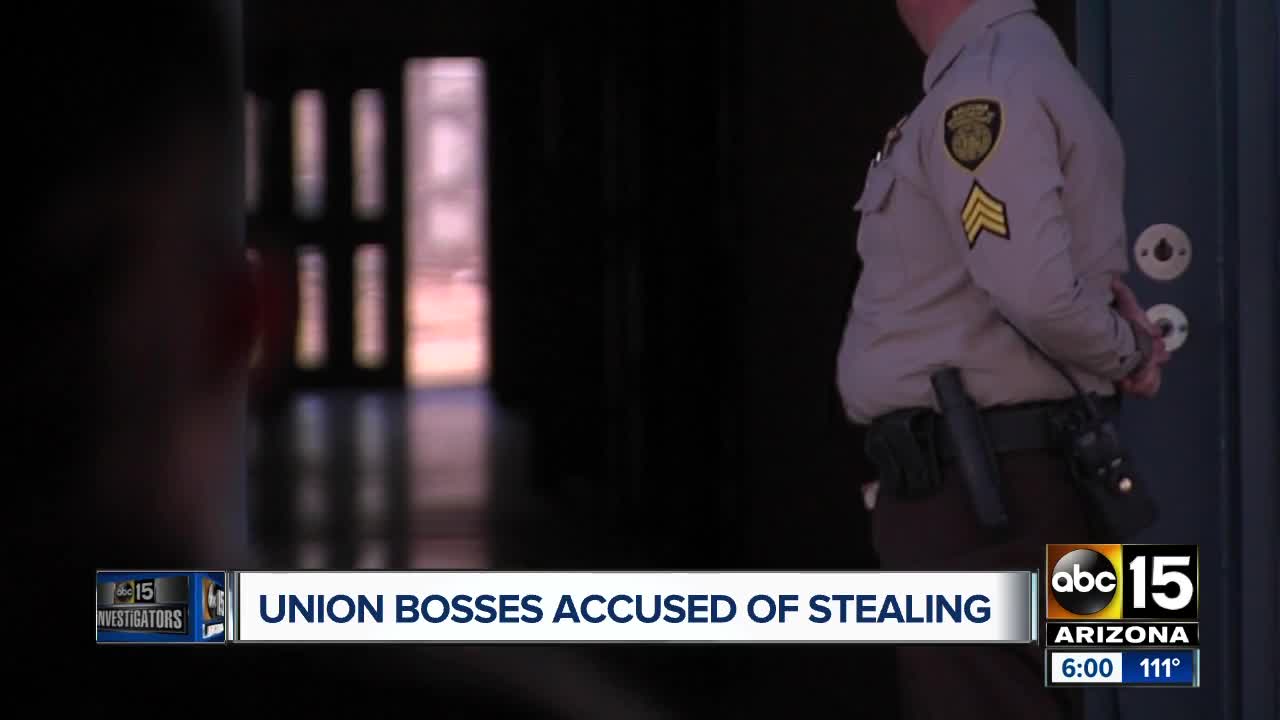 The state’s main union for correctional officers is accusing former top administrators of stealing and misappropriating hundreds of thousands of dollars in funds.

Current union staff said they believe the total amount of money stolen and misspent is more than $200,000 over a multiple-year period.

“There were several other AZCPOA members occupying the leadership positions that were doing nothing other than utilizing our union funds for their own pleasure, to the point of depleting our union funds,” Garcia wrote to members.

ABC15 has confirmed that the Arizona Attorney General’s Office is conducting a criminal investigation. A spokesperson for the agency declined to comment.

Darren and Samantha Sikes are accused of treating union funds as their own personal bank account.

According to records and union officials, some of the most notable expenditures:
- $58,000 check to purchase a pickup truck registered in Samantha Sikes’s name
- $40,000 check to pay off an outstanding IRS tax bill for Darren Sikes
- $14,000 check made out to Sunburst Patios for a project at Darren Sikes’s home

In addition to the spending, Darren Sikes also collected a $6,000 a month stipend out of union funds, Garcia said.

The Sikes did not return messages for comment on Tuesday.

Matt Ball, who also couldn’t be reached for comment, is also accused of taking personal loans out of union funds, Garcia said.

The former treasurer, Thomas Carberry, spoke to ABC15 on the phone. He said he was treasurer mostly in name only and was not aware of the questionable expenditures.

“I’ve got nothing to hide,” said Carberry, who added that he will cooperate with Attorney General’s Office investigators.