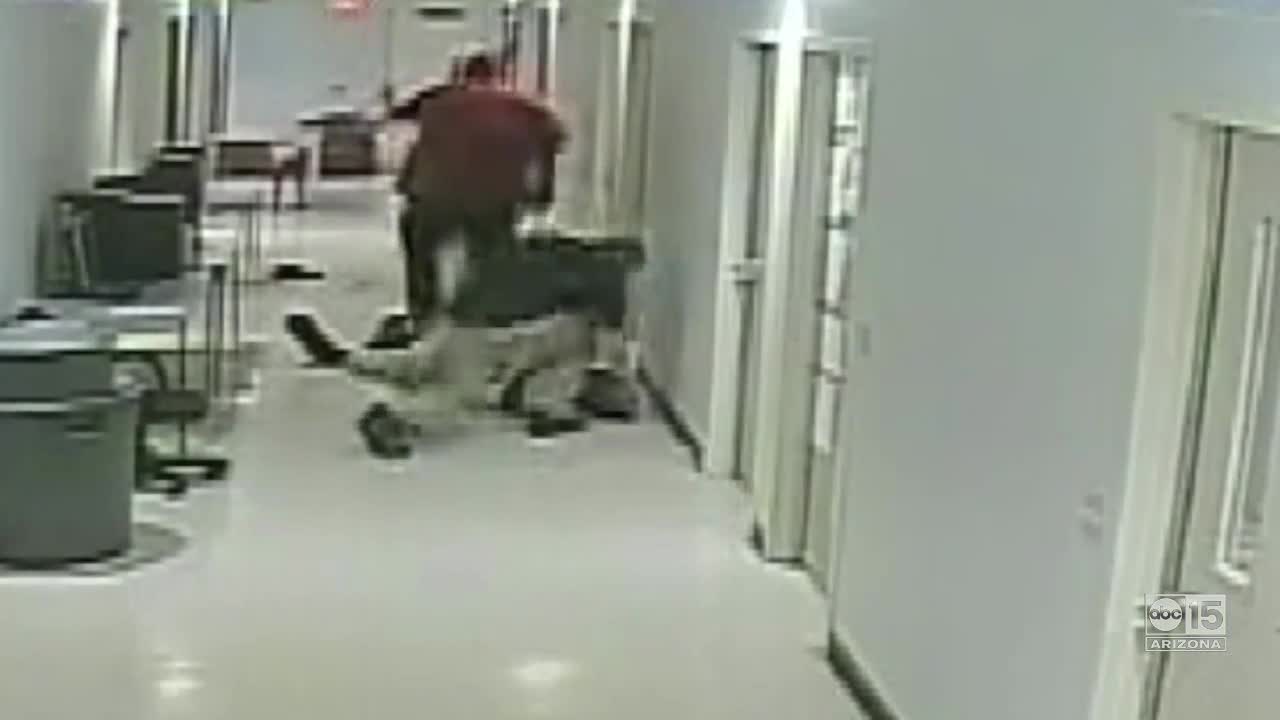 The delay in reporting and destroying of crime scene evidence in connection with a deadly 2019 attack are just some of the troubling actions taken by the hospital following the homicide, an ABC15 investigation has found. 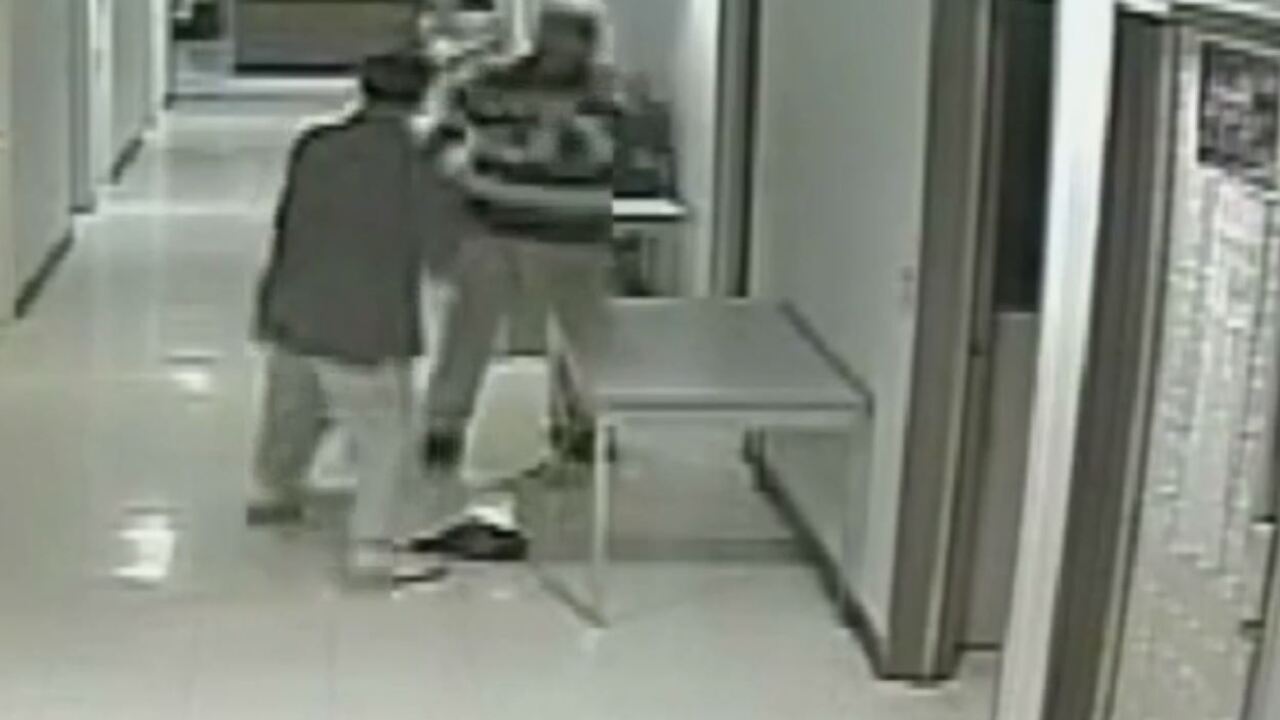 PHOENIX — Donald Prather was knocked out, laying face up on the floor of the Arizona State Hospital.

The 83-year-old psychiatric patient had just been punched 16 times in the head during a vicious assault inside the hospital’s sex-offender unit, the Arizona Community Protection and Treatment Center (ACPTC).

The beating would eventually kill Prather.

Yet staff at the state’s only publicly-run psychiatric hospital, which has a troubled history of failing to report and document crimes, did not report the crime to Phoenix police for four hours and cleaned up the crime scene before investigators arrived.

Officials at the Arizona Department of Health Services, which oversees and self-licenses ACPTC, initially declined to be interviewed and answer most of ABC15’s specific questions about the homicide.

But the delay in reporting and destroying of crime scene evidence are just some of the troubling actions taken by the hospital following the homicide, an ABC15 investigation has found. Records also show the health department conducted an internal inspection five months after the incident and cleared itself of any problems.

“The investigation was conducted on August 19 through August 22, 2019 and no deficiencies were identified,” a spokesperson wrote to ABC15.

Surveillance video shows Prather being punched repeatedly in a hallway by another patient, Robert Flemming. The two patients, both severely mentally ill, were unsupervised and unconfined inside ACPTC, which is a transitional medical facility to prepare violent sex offenders for release.

The first 911 call was made by a security guard 12 minutes later.

The guard only tells the dispatcher that they need an ambulance, but that his “staff didn’t say why.”

Prather was taken to the emergency room of the Maricopa Medical Center. It’s there that a social worker becomes suspicious of the circumstances and calls police herself at 3:52 a.m.

“I’d like to make a report of an assault of a patient that we have here,” the social worker told a police dispatcher. “The patient is actually a resident at ASH in the sex-offender program. Two staff members brought him over here and just generally said he was assaulted. That’s like it. And he’s definitely in critical condition.”

When the dispatcher asks if the staff are still with the victim, the social worker says, “Yeah, but they don’t seem to know anything about how he was assaulted and who assaulted him. I don’t know. They’re being very vague.”

The state hospital didn’t report the crime until 6:36 a.m. By that time, 911 recordings show the staff had learned the victim was going to die.

“I’m calling from Arizona State Hospital. I’m calling to report an incident…there was a fight,” said a staff member, who identified himself as Ernest to dispatchers. “(The victim) was taken to the hospital. He has non-survivable brain injury right now.”

Police records also reveal details about the state of the crime scene when officers arrived.

“According to information received in the briefing, the scene had been cleaned up by hospital staff after the incident. Staff members were not informed the injuries were life threatening and did not initially secure the scene until later in the morning,” a police report states.

The Arizona State Hospital has struggled with preventing and properly reporting violence in the past.

In 2013 and 2015, ABC15 aired multiple investigations that exposed an extreme level of violence inside the hospital and how it failed to properly report, document, and investigate physical and sexual assaults.

At the time, an outside investigation ordered by the Governor confirmed the problems and a handful of top executives were removed.

The current leadership, including ADHS Director Dr. Cara Christ, promised to improve the state hospital and to be more transparent.

In an email initially sent to ADHS officials, ABC15 specifically asked about the four-hour delay, sought information on the hospital’s policies for reporting and handing serious violent crimes, and questioned if it was appropriate for staff to clean up the crime scene.

A spokesperson instead issued the following generic that did not address those questions.

"As reported by your station on April 23, 2019, the Arizona Department of Health Services notified the Phoenix Police Department about an incident involving two individuals at the Arizona Community Protection and Treatment Center (ACPTC) and fully cooperated with authorities during the criminal investigation. Within 24 hours of the event, ADHS self-reported the incident as required to the Division of Licensing which conducted a complaint investigation of the ACPTC. The investigation was conducted on August 19 through 22, 2019 and no deficiencies were identified. To clarify, the incident occurred at the ACPTC, not the Arizona State Hospital. The ACPTC provides treatment and housing for individuals who have committed a sexually violent offense, completed their mandatory sentence with the Arizona Department of Corrections, and are deemed unsafe to return to the community based on their status as a sexually violent person with a high likelihood to reoffend. These individuals are court-ordered to our facility through a petition process by the county prosecutor.

In a follow-up set of responses, a spokesperson sent the following answers to ABC15’s questions:

Q: Was there an internal hospital investigation / review done following the 4/23/19 homicide? If so, what were the results? Were any employees disciplined?

A: After any event, internal and external reviews are completed. As a standard practice, ADHS notifies the appropriate entities including first responders, licensing, and APS. No deficiencies were cited at the time of the inspection of the ACPTC the last time licensing was onsite for a complaint investigation.

Q: The patients involved were unsupervised before and during the attack. Should they have been supervised or contained in their rooms?

Q: What are the hospital's specific policies for reporting / handling a serious violent crime like this?

A: It is the responsibility of the victim of an assault to report the incident, whether it’s in cases of resident on resident or resident on staff assault. ACPTC facilitates the victim reporting the assault to the police. ACPTC will contact the police directly if they are notified that a victim will not survive the injuries or is unable to agree to press charges. Our administrative guideline is attached.

Q: Why weren't police called for four hours following the incident? And was that appropriate and within policy?

A: In the case of a medical emergency, 911 is called within minutes of the event and first responders can be on scene within 10 minutes of being called. While any resident is being treated at MIHS, ACPTC nursing staff will remain in communication regarding the resident's status. Per our Administrative Guidelines (see attached), ADHS will notify the Phoenix Police Department about an incident and fully cooperate with authorities while they conduct their criminal investigation.

Q: Was it appropriate for hospital staff to clean-up the crime scene before police came to the hospital?

A: Staff is required to promptly clean blood and bodily fluids to prevent exposure of communicable diseases to others as there are up to 30 residents living on a unit at any given time. In some cases, staff may not be initially aware that an incident could result in a crime scene. Police and law enforcement are provided with footage from our surveillance cameras that provide additional information regarding an event during their investigation, even if a crime scene was cleaned to prevent transmission of infectious diseases.