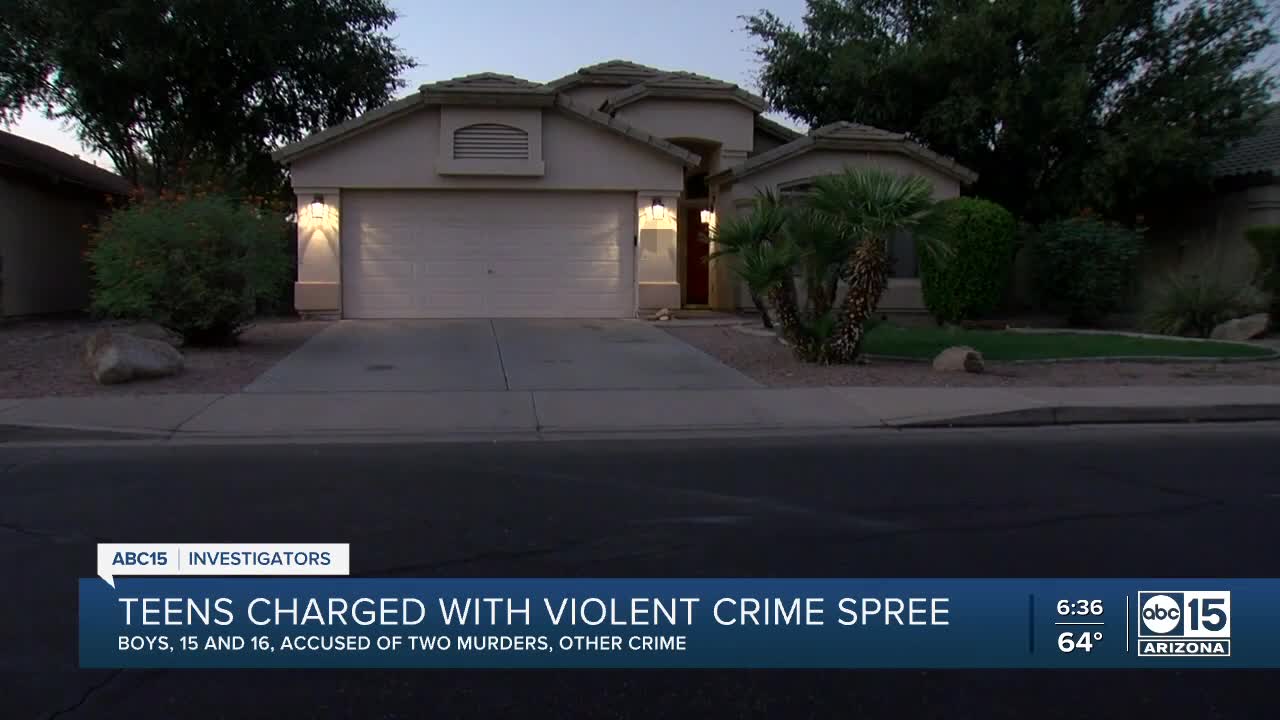 Multiple agencies worked together to take two teenagers into custody after a crime spree including two murders. 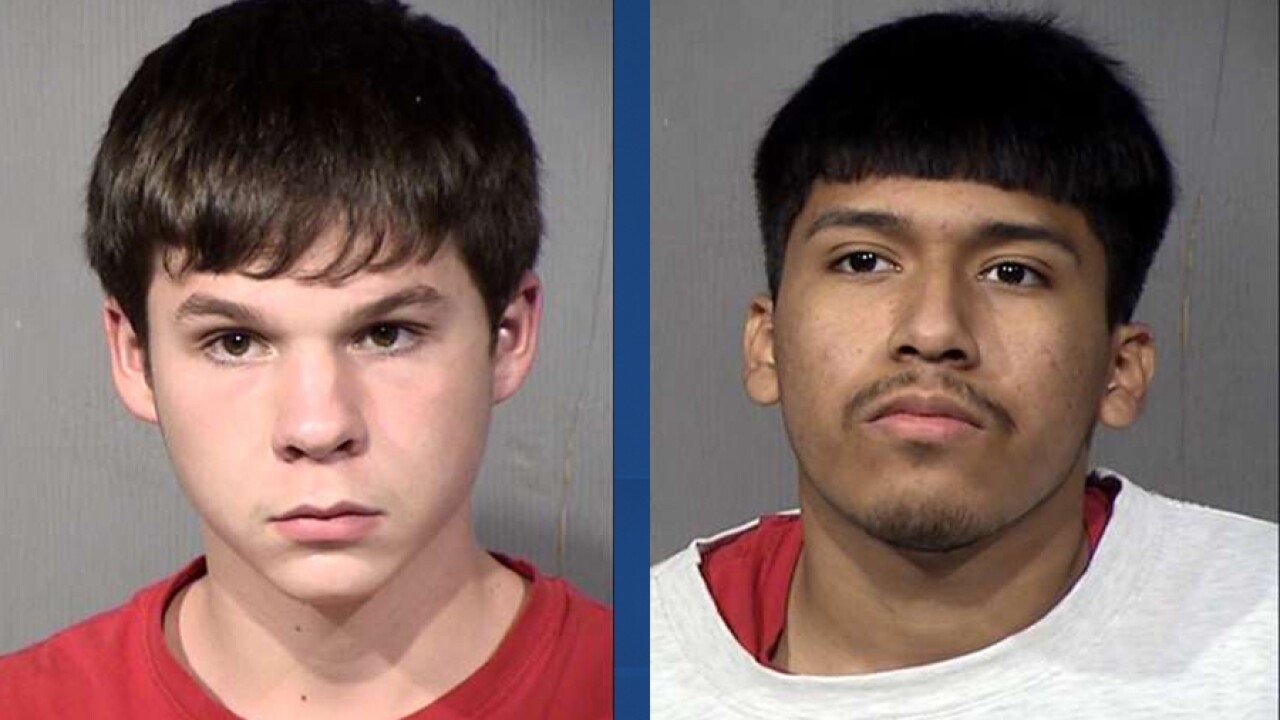 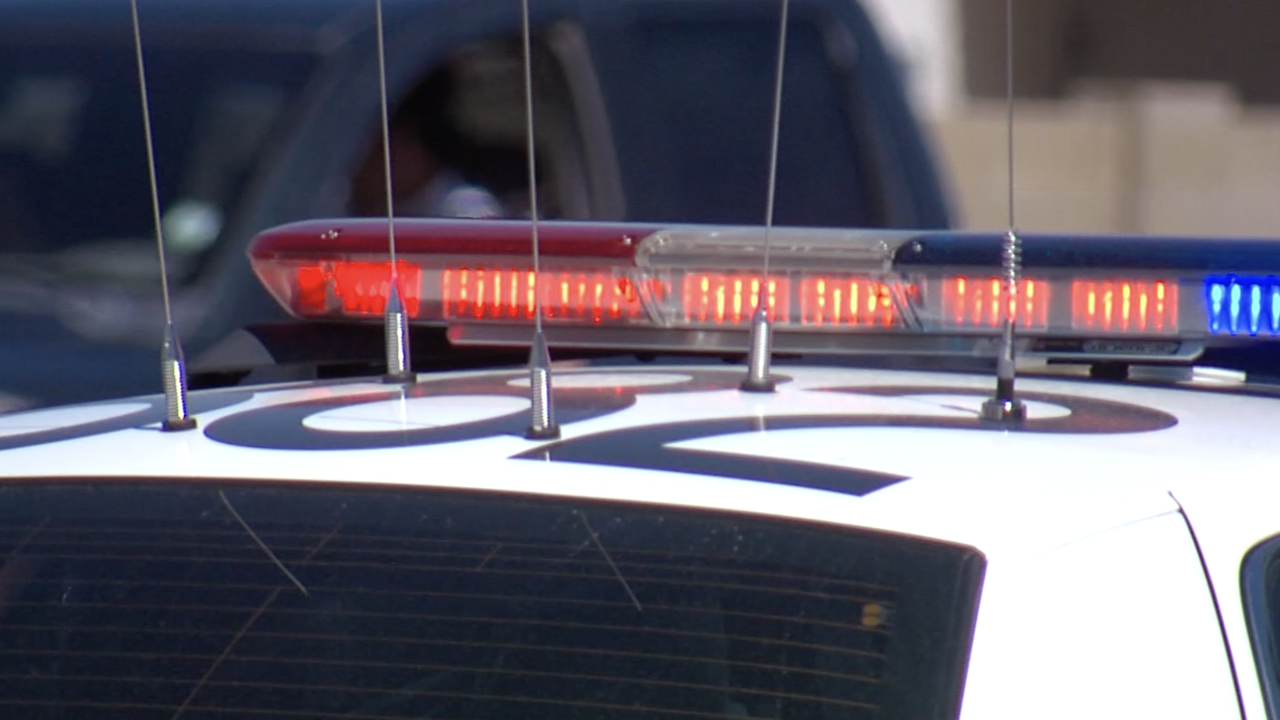 TEMPE, AZ — Two Valley boys have been indicted for two murders and other violent crimes that occurred since July.

James Faser Quintero and Corbin Myles McNeil, both 16, are charged as adults in a 25-count indictment. They face two murder charges and charges for aggravated assault, armed robbery, kidnapping, car theft, and unlawful discharge of a firearm. McNeil was just 15 years old at the time of the crimes. Over two months they are accused of victimizing at least eight people.

Bacon said a Tempe police investigator saw a surveillance photo from a Phoenix convenience store robbery and shooting. He thought the young man matched the appearance of the suspect in a July Tempe murder.

Matthew Meisner, 28, was fatally shot in the middle of the night near McClintock Drive and Hayden Lane. The location was near Quintero’s apartment, but police say the victim did not know the suspects.

According to the indictment, the second murder occurred in Chandler on September 19. Amber Joy Patton was found dead at her home the next morning and her car had been stolen.

“In a two-month span, these are very violent, violent crimes, and these two individuals need to held accountable for those,” Bacon said