APS commits to all clean energy by 2050 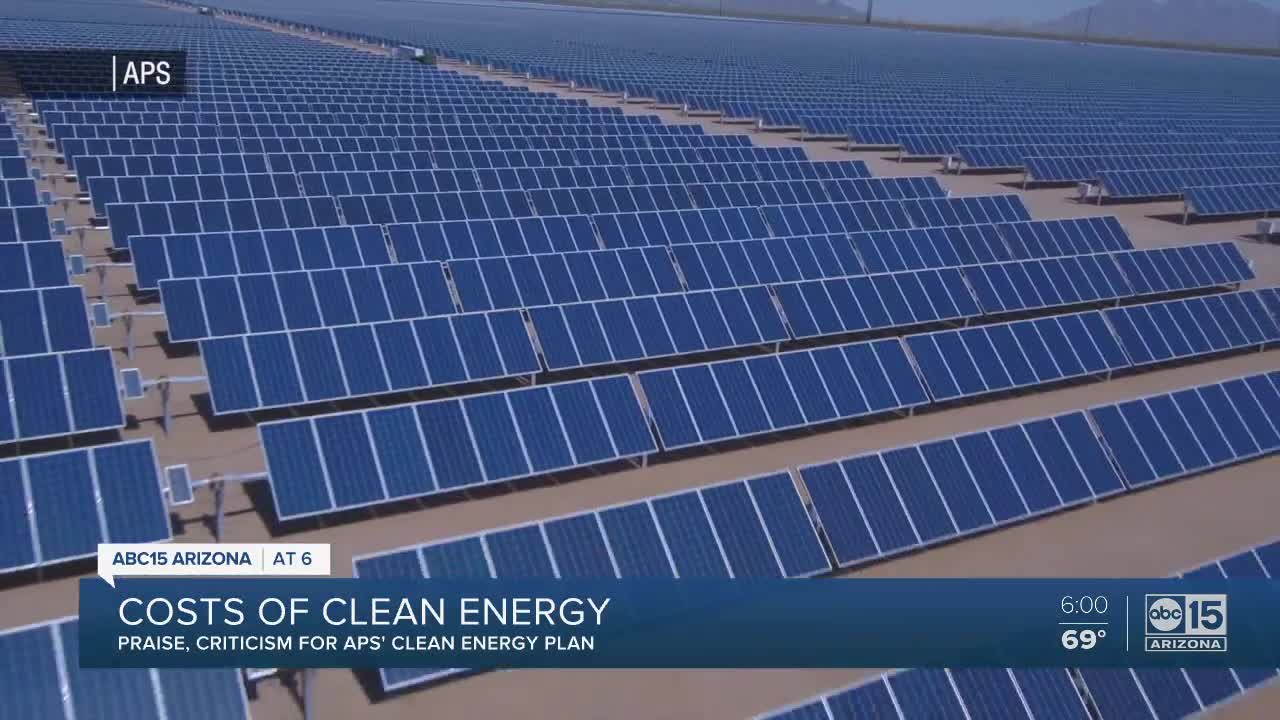 APS says it is committed to "all clean energy" by the year 2050.

PHOENIX — Arizona Public Service (APS) laid out its plan to completely eliminate its carbon emissions by 2050, on Wednesday.

The company says will make the transition using gas powered plants, nuclear, solar and other renewables.

The plan also calls for the shuttering of its coal-burning, Four Corner Power Plant by 2031, which is located on the Navajo Nation near Fruitland, New Mexico.

A second coal power plant, Cholla, near Holbrook was already slated for closure in 2025.

APS spokesperson Jenna Rowell said the decision to move toward one-hundred percent clean energy was made largely in response to Proposition 127.

The 2018 ballot initiative, funded by now-presidential candidate Tom Steyer, would have mandated that 50 percent of its power come from renewable sources no matter the cost.

"Over the past year we’re taking a hard look at our current resource mix," Rowell said. "After proposition 127 back in 2018, which was a very different proposal on than the plane we’re on--it was clear that Arizonans were interested in clean energy. The issue was it needs to be affordable."

"(We) wanted to send a signal into the marketplace now that we intend to do this and we will need a lot of investment and research and development to find those solutions," she said.

Consumer advocate and APS critic Abhay Padgaonkar said the change will be good for the environment but he believes it should have happened before the company invested millions of dollars into Four Corners.

"These plants they’re closing didn’t just become the environmental disasters or the the financial money pits that they are overnight," he said. "They've been that way for years."

APS has poured millions into Four Corners since 2010.

In 2014 the company spent $182 million to purchase majority ownership of the plant from Southern California Edison.

In 2015 APS paid out $160 million in a settlement with the Environmental Protection Agency for alleged violations of the federal Clean Air Act.

It spent another $400 million to add emission controls required by that settlement.

"And guess who's on the hook for all of that? The ratepayer every step of the way," Padgaonkar said.

Since the company is a regulated monopoly it is entitled to get back the money it spends on improvements to its assets, plus 10 percent through customer rates, if the Arizona Corporation Commission determines that they were prudent.

"It's not the company," Padgaonkar says. "It's the system that is screwed up as far as the ratepayers are concerned."

APS points out that an administrative law judge has already recommended that the $400 million in upgrades are prudent.

It will be up the Commission to decide if those cost will be passed along to customers in the current rate case.