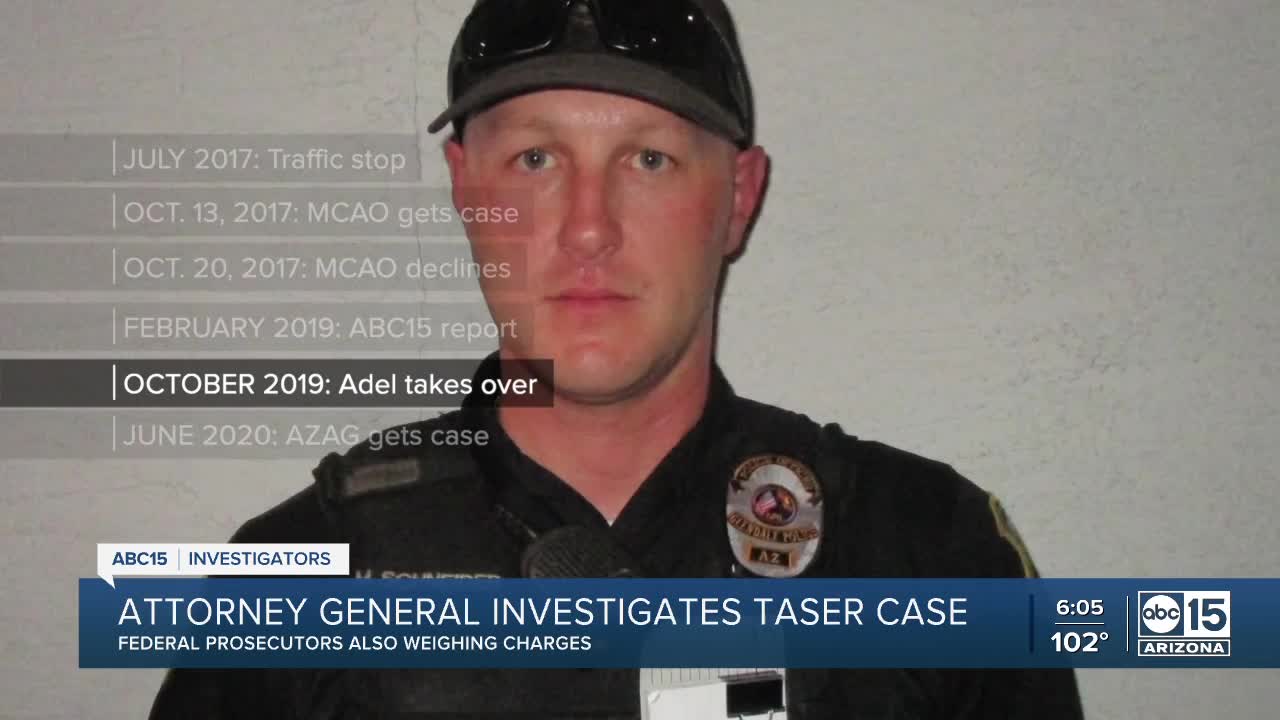 The Arizona Attorney General is now investigating a Glendale Taser incident exposed by the ABC15 Investigators. 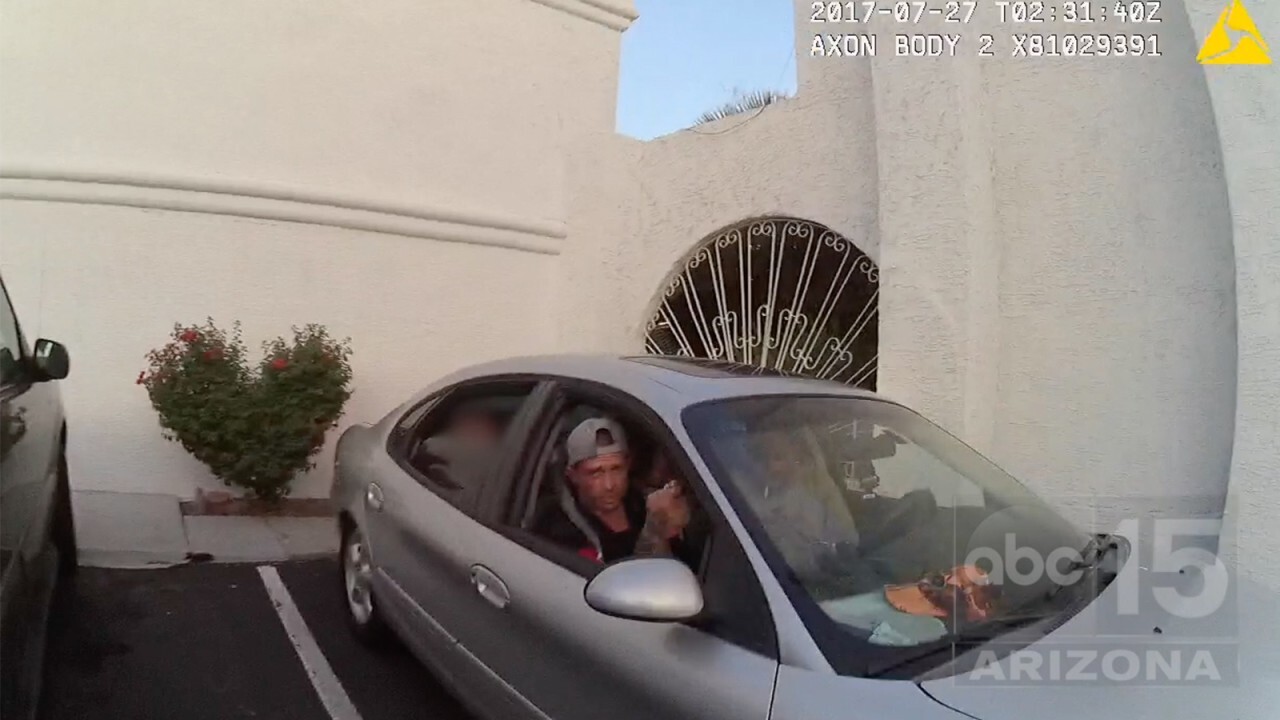 GLENDALE, AZ — The Arizona Attorney General’s Office is investigating a re-opened 2017 case against Glendale Police officers who repeatedly tasered a man, including once in the groin while handcuffed, during a traffic stop for a made-up violation.

The case was forwarded to state prosecutors by the Maricopa County Attorney’s Office.

The existence of a state-level investigation into the 2017 abuse of force by Glendale Police comes as somewhat of a surprise.

The case had previously been declined by the Maricopa County Attorney’s Office shortly after it happened under Bill Montgomery’s administration.

Once an ABC15 investigation exposed the incident in early 2019, MCAO again balked at investigating the officers’ conduct.

Instead, the county deferred to the FBI, which immediately opened a civil rights investigation the business day after ABC15’s report.

A spokesperson told ABC15 that a state-level case was re-opened after Allister Adel took office.

“When Allister was appointed as County Attorney late last year, the request for a re-review of the case was raised again,” according to an emailed statement. “The office decides it will review the incident but shortly after, a conflict is identified because the Defendant/Officer was a little league coach for the County Attorney’s sons at some point, and so the case is sent to the Attorney General’s Office in June of 2020 for review.”

The federal investigation is complete.

However, the United States Attorney’s Office in Arizona said they are still in the process of making a charging decision.

But the addition of the state-level investigation could be significant.

Federal crimes differ from state ones and typically focus on charges for things like civil rights violations.

In July 2017, Officer Matthew Schneider and other officers repeatedly tasered Johnny Wheatcroft, who was the passenger in a vehicle stopped for an alleged blinker violation.

Multiple independent law enforcement experts, who reviewed the incident, said Schneider’s conduct was unlawful and one of the cruelest and troubling cases of police misconduct they’ve ever seen.

But after an internal investigation, Glendale suspended Schneider for three days.

The officer, who was one of Glendale’s top arrest leaders, has been suspended or disciplined by the city at least six times, according to his personnel file.

Schneider is no longer on the job.

Details about the nature of his disability are confidential.

There’s also an ongoing lawsuit related to the traffic stop.