5 takeaways from APS hearing with the Arizona Corporation Commission 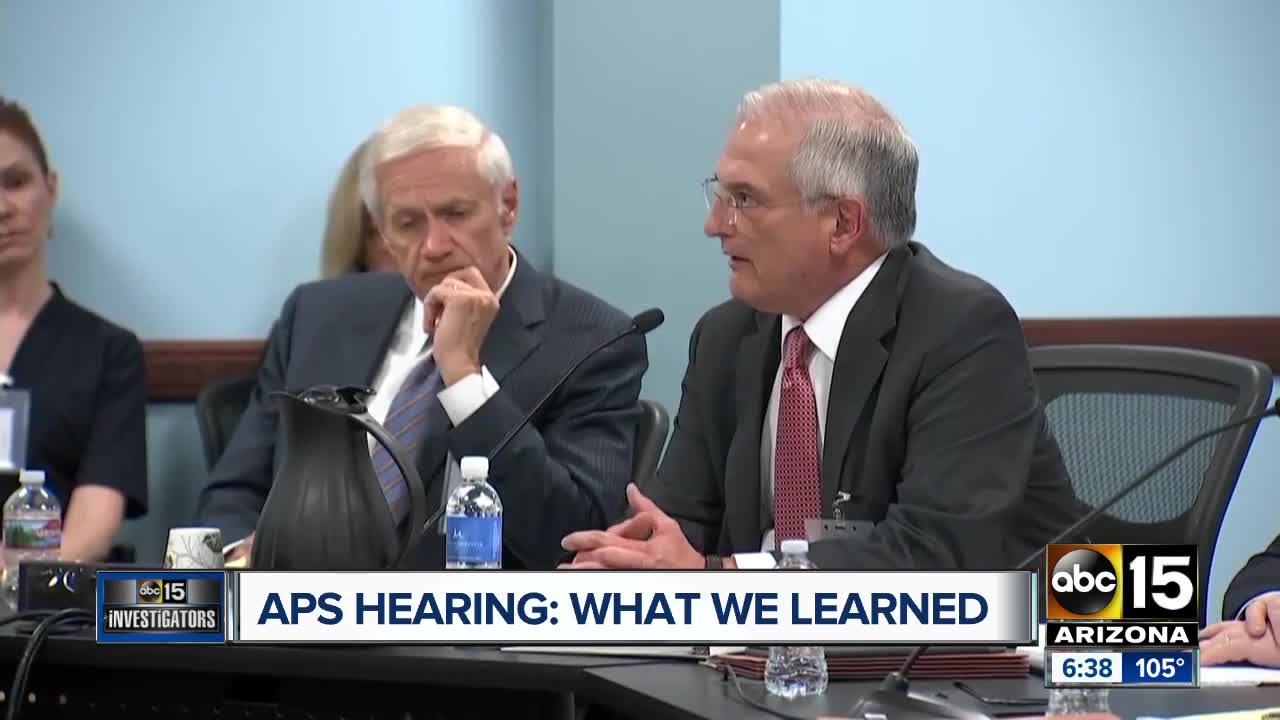 PHOENIX, AZ — In a public appearance years in the making, APS CEO Donald Brandt sat for nearly seven hours answering tough questions from the five members of the Arizona Corporation Commission on Wednesday.

The meeting initially set to talk about the disconnection policies of the electricity utility became much more when Commissioners added an agenda item about the company's political spending.

So here are five things we learned at the hearing:

1. The fight over secret political spending or so-called 'dark money' is not over.

Most of the commissioners spoke out in favor of reeling in the utilities ability to give to political campaigns of Commission candidates whose job is to regulate them. But Commissioner Sandra Kennedy, in particular, didn't hold back her contempt for APS's hidden expenditures of millions of dollars opposing her 2014 Commission candidacy as well as other ballot measures since.

In her opening statement, Kennedy said Brandt's behavior "is that of a kingpin who operates a company to mainly benefit himself." She went on to accuse him of creating "a machine to purchase every and any elected official and defeat anyone in your way."

In response to a question from Kennedy, APS attorney Bill Maledon confirmed: "There’s an investigation underway by the US attorney’s office here in Phoenix relating to campaign contributions by APS."
He said it's been going on for a while, and they couldn't give any details but "expect and hope that it will end soon."

You may not know him, but Andy Tobin has worked in state government for years.

After several years in the state legislature, he made a failed bid for Congress.

After Governor Doug Ducey took office, he appointed Tobin to consolidate or eliminate various state agencies including the now-defunct Department of Weight and Measures, and Department of Financial Institutions. Right now, he runs the Department of Administration.

But in 2015, Ducey put him on the Corporation Commission after Susan Bitter Smith resigned after a conflict of interest concerns.

And current Commissioner Bob Burns says his former colleague quite literally tried to dismantle the Commission, something he says violates the state constitution and could have benefited APS had it happened.

"I don't know that the Governor even knows that this was something that was happening, but he is the one that appointed Commissioner Tobin," Burns said.

When Ducey was asked about Burns' accusations, he said: "We've worked hard to work with the corporation commission when necessary to do our job to allow them to do their job."
He denied having consulted APS about Tobin's appointment. In an email, a spokesman for Ducey added, "This is the first time we’ve heard a lot of these concerns."

The Commission has stopped APS from shuttling off customers power during hot months. But when the ban ends in October, APS is giving customers with delinquent bills four months to catch up. But the amount of those in arrears gets bigger every day.

In his sworn testimony, Brandt made it clear who he and APS answer to, "We work for our shareholders. Period."

He went on to talk about the need for competent employees and supply chains for a successful business. Only after those did customers get a mention.