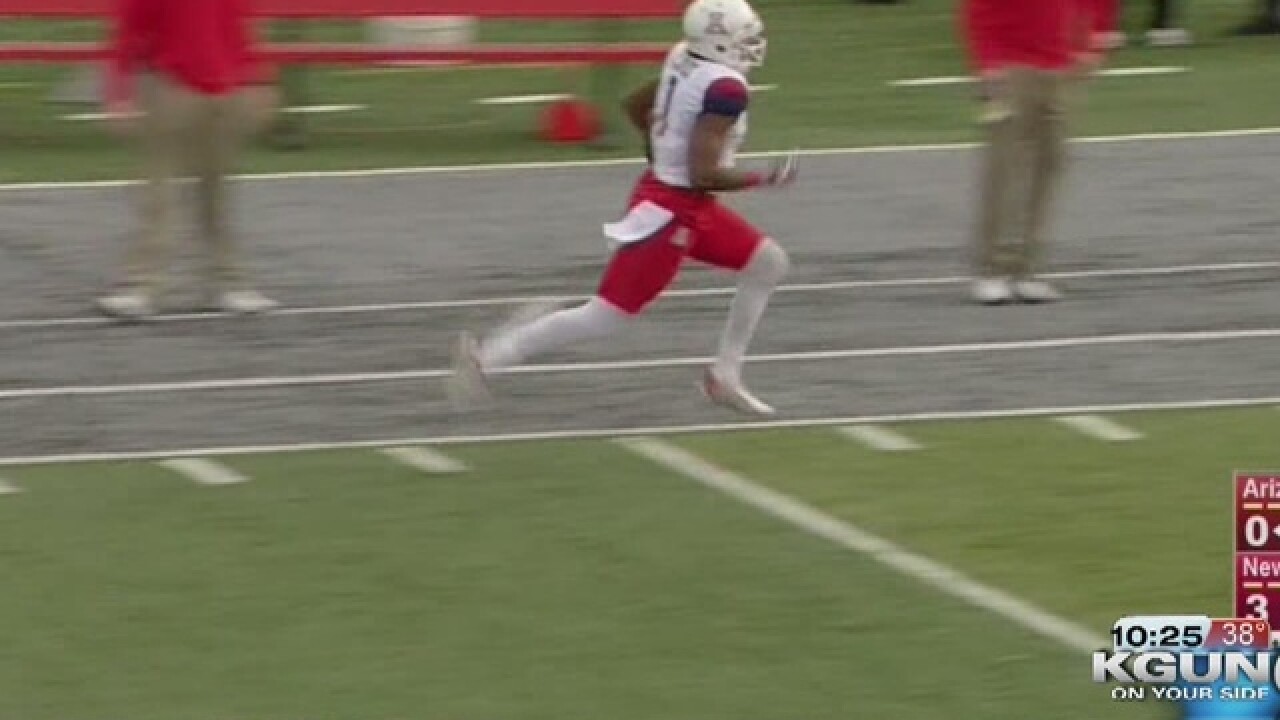 Former University of Arizona wide receiver Cayleb Jones -- now a member of the Minnesota Vikings -- was arrested on multiple charges, including misdemeanor domestic assault, probable cause of theft and interfering on a 911 call.

According to the Minneapolis Star-Tribune, Jones was booked into Dakota County Jail Tuesday.

"We are aware of the situation involving Cayleb Jones and are in the process of gathering more information. Further comment will be provided at the appropriate time," said Vikings General Manager Rick Spielman in a statement released to the Star-Tribune.

Jones is listed as one of six receivers battling for a backup spot on the Vikings' roster.

During his 2014-2015 UA career, Jones racked up 1,926 receiving yards and 14 touchdowns before declaring for the NFL draft early. He was undrafted and spent last season on the Vikings' practice squad. Jones transferred to the UA after starting his career at Texas.

He is suspended for the first four games of the season for violating the NFL's performance-enhancing drug policy, the Star-Tribune reports.